Grenfell was no accident 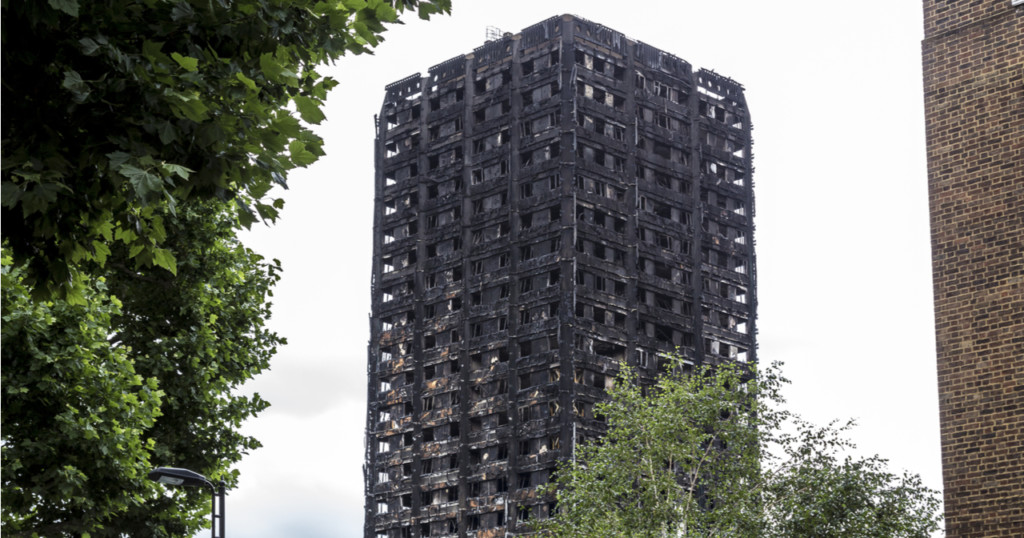 It has been four years since many innocent people were incinerated in Grenfell tower in the deadliest blaze in London since Word War II. As the years roll past and the public enquiry slowly dissipates blame,[1] it is easy to forget about the scale of the human suffering as well as the systemic failings that lead to their deaths. While right wing tabloids dehumanise the victims with accusations of illegal subletting,[2] it is important to remember that these were real people, with real-families, living real lives. The victims came from 19 different countries, with the youngest being an unborn child and the eldest being 84 years old. There were taxi drivers, teachers, former soldiers and army officers, churchgoers and devout Muslims, big families and working singles.

The victims’ lives quite accurately represented the complexities of living in modern Britain; young working families struggled with childcare, adults well into their 20s and 30s lived with their parents, refugees abandoned successful lives in homelands torn apart by war and famine, and the disabled struggled for treatment in an overcrowded, underfunded healthcare system. The victims were not, however, a reflection of modern Britain. Despite being situated in the most affluent borough in the UK, there were very few white-collar workers among the victims. There were only seven white Britons. This is perhaps the starting point of the real story of the Grenfell tragedy; the story of structural prejudice that puts profits before lives. It seems when the victims are predominantly from minority ethnic backgrounds, particularly Muslims, and are of low socio-economic status, courts and public enquiries alone are not enough to hold the privileged elite to account.

Where are those privileged elite today, and have the wheels of justice caught up with them? The Mayor of London at the time of the tower’s renovation, Boris Johnson, who was responsible for affordable and safe housing for all of London’s residents, is now the Prime Minister. The London Fire Brigade’s Commissioner Dany Cotton, responsible for the fire and rescue service for London’s residents, is six months away from enjoying a lucrative £2m pension pot. Fay Edwards, Chair of Kensington & Chelsea Tenant Management Organisation (KCTMO), which had direct responsibility for managing the Grenfell Tower, has handed back responsibility for managing all properties across the borough to the local council. Far from facing charges of corporate manslaughter, they are thriving.

Those haunting words were not made in the aftermath of the Grenfell tragedy. It was made in 2009, eight years before Grenfell. It was made after the Lakanal House tragedy in Camberwell, South-East London. Six people were killed, including three children, when a raging fire engulfed the 1950s tower block as a result of a faulty television on the 9th floor. The survivors were those who ignored the advice of the fire service to stay put in their flats. The fatalities were those who trusted the advice of the fire service and remained until they were overcome by smoke and flames. Lakanal House was a practise run for Grenfell. Southwark Council was prosecuted for breaking fire regulations in this tragedy and was fined £570,000. Eight years on, the fire safety service apparently repeated the exact same fatal mistake at Grenfell Tower, advising tenants to remain in their flats on the assumption that fire doors met fire safety regulations and would keep the residents safe. The first stage of the public enquiry has already concluded that fewer people may have died in Grenfell Tower if the London Fire Brigade had not stuck so rigidly to its ‘stay put’ policy and instead evacuated people.[4]

If we want accountability for the lives destroyed and the immeasurable suffering of families, we need to look far beyond the actions of the fire service on that fateful night. The blaze engulfed the 24-storey building as a result of flammable cladding fitted to the building during a 2016 refurbishment. This cladding consisted of aluminium sheets bonded to a central plastic (polyethylene) core, which is highly combustible and melts and drips at high temperatures, releasing large amounts of energy during combustion.[5] The blaze filled each floor with deadly fire and smoke as residents tried in vain to escape through the tower’s single staircase. The tower’s smoke extraction system was not working, and on the night of the tragedy, firefighters experienced problems with the water supply because there was no ‘wet riser’ (a water-filled pipe running up the building to be used in the event of a fire). None of the flats’ doors met existing fire resistance standards turning their homes into combustible coffins. Work conducted on the lifts in 2005 and 2012-16 left them unfit for evacuating vulnerable residents and aiding the emergency response.

Grenfell was no ‘accident’

This was the wilful and purposeful neglect of the safety and well-being of a group of vulnerable, stigmatised, and marginalised people by a ruling elite motivated purely by profit, facilitated by systemic failures and institutional prejudice.

Grenfell Tower failed at least two fire safety inspections in the months before a blaze ripped through it: a ‘fire deficiency notice’ from the then London Fire and Emergency Planning Authority (LFEPA) delivered eight months before the fire, and a separate independent Fire Risk Assessment dated June 2016. Both identified multiple failures.[6] The critical warnings were ignored by the Kensington and Chelsea Tenant Management Organisation (KCTMO) responsible for managing Grenfell Tower and the Royal Borough of Kensington and Chelsea. Meanwhile, luxury apartments with state-of-the-art fire-safety installations, a stone’s throw away, were sold to foreign investors and lay empty. This is the most potent symbol of the failures of capitalism and corporate myopia as well as the polarisation it has created in our societies. This is not about rich people and poor people. This is about austerity and the exploitation of the poor by land owners, property developers, and contractors.

Social justice is at the heart of our religion. Before the legislation of fasting the month of Ramadan in 2AH, there was the revelation of Sūrat al-Mā’ūn obliging small acts of kindness and feeding of the poor. Before the legislation of Hajj in 9AH, there was the revelation of Sūrat al-Duha obliging kind treatment of the orphan. Before the Prophet (sall Allāhu ʿalayhi wa sallam) even received revelation in the cave of Hira, he had concluded the alliance of al-Fudūl, which was a solemn agreement by the leaders of Makkah to collectively seek justice for any oppressed person, regardless of their social status or tribal affiliations. It is in the DNA of Islām to seek justice for the oppressed and marginalised. Islām does not claim to eliminate poverty absolutely but it does ensure that wealth and privilege will not be a means to subvert justice and accountability.

The Grenfell tragedy victims are the forgotten residents of the Royal Borough of Kensington and Chelsea – a blot on an exclusive landscape. They were those whose voices were repeatedly ignored when they warned of fire safety breaches. There are thousands more like them today living in 2,889 high rise tower blocks across the UK with the same flammable cladding which served as an accelerant in the Grenfell blaze. Our religion demands that we stand up for the victims of Grenfell and those like them, and that we continue fighting for their cause. Our religion demands that we do not allow morally decrepit politicians supported by far right media to portray the victims as the architects of their own destruction. Our religion demands that we do not allow those responsible for this tragedy to walk away and thrive in the face of overwhelming evidence.

I attended the burial of a Moroccan man who was one of the many Muslim victims of Grenfell. His family and friends were few in number, but their grief overwhelming. Most of the attendees of the burial were from the local Muslim community offering their support and condolences. I remember thinking then, as I do now, that his family need more than warm words of support and encouragement. His family need the Muslim community to collectively stand up for those who have no voice.

As a community, we must raise awareness and demand action. The upcoming general election provides excellent opportunities to question prospective candidates at hustings across the country about how many potential Grenfells exist in their borough. How many death traps exist due to flammable cladding? How many flats have fire doors that do not meet statutory fire regulations? How many people will go to sleep tonight in combustible coffins that do not have adequate sprinkler systems or fire escapes? And what vested interests as private landowners or property developers do these candidates have that may prevent them voting for legislation that would avoid another Grenfell? People who are disenfranchised and marginalised in our society need to view the Muslim community as their representatives. We must be seen as people of faith-based integrity who will take on their cause and bring about change.