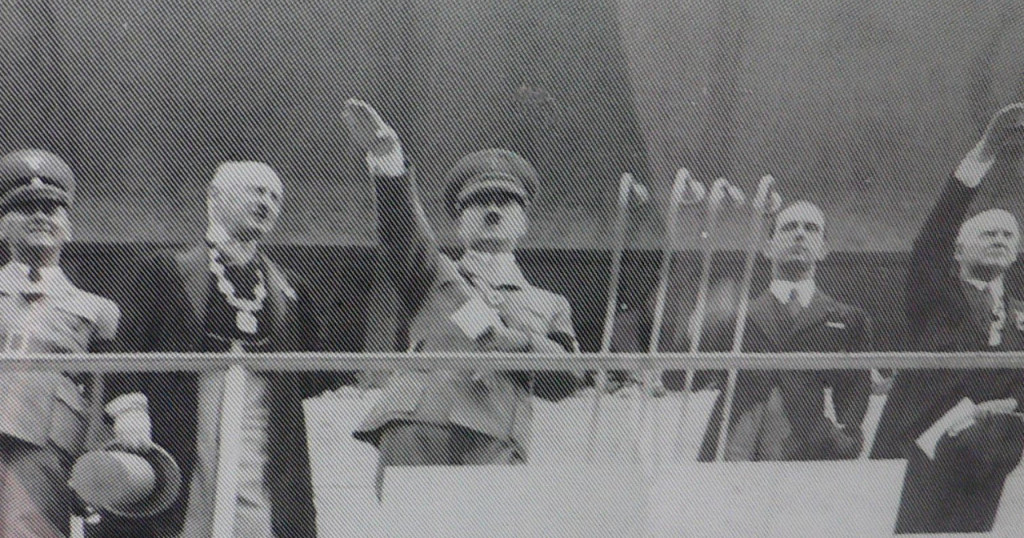 86 years ago, the Olympic Games, hosted by Germany under Nazi rule, went forward, ultimately serving to legitimise the Third Reich.

The fact that the competitions of 1936 were allowed to be held in Berlin remains a black mark on the Olympic Committee’s history. Today, the Olympic Committee is repeating this very same mistake in front of the world. The committee has turned a blind eye to China’s genocide in East Turkistan by allowing Beijing to organise the Winter Olympics. Countries like the United Kingdom, Canada, Australia, and most notably the United States have decided to impose a diplomatic boycott on the events that will begin in the first week of February. The fact that no Muslim country has stepped up to support this boycott is shameful.

The Olympics’ origins date back to ancient Greece, but they were held for the first time in 1896 in their current form. The start date of the Winter Olympics was 1924. Both of these momentous events are held every four years within different countries. The main purpose of holding the Olympics is to contribute to the creation of a better and more peaceful world by educating young people of the spirit of mutual understanding and friendship. When we look at the history of the Olympics, the biggest breaking point of this ideal is found in the Berlin Olympics, which were held in 1936. These Olympics, which took place shortly before the Second World War, gave great legitimacy to the Nazi government, which had come to power in Germany. The policies that the Nazis followed before the Olympics coincide with the policies that China follows today. The Chinese communist regime implemented similar policies during the Olympics in 2008; unfortunately, the world ignored these human rights violations.

The information shared by the organisation Berlin Beijing shows that the Olympic Committee is committing the same mistake it made in 1936. In 1933, Berlin was given the opportunity to host the Olympics, which would be held five years later. Two years after that, Hitler sent all his political opponents to concentration camps on the pretext of “national security”. Before the start of the Olympics, the Nazis collected about 800 Romanis from the streets in Germany, and sent them to prisons. The Nazis had already begun the process of destroying Jewish writings and publications. The international community called on the World Olympic Committee and demanded that the games be transferred to another country. The committee officials of the period made a cursory inspection, and did not give up on their decision to hold the Olympics in Berlin. What was worse was the attitude of the newspapers of the period. An article was published in the New York Times which suggested that the Nazis were “becoming more human” under the influence of the so-called Olympic spirit. As an indirect result of this disgraceful irresponsibility of the Olympic committee, millions of Jews were massacred in the Holocaust. After this painful event, the world promised us that genocides were a matter of the past through the use of the slogan “never again”.

However, in the present, it is all too clear that Europeans and other states have forgotten their promises. During the 2008 Olympics, which took place in China 72 years after the 1936 Olympics, the Communist regime saw Muslim Uyghurs as a “threat to national security” and put them in prisons. Unfortunately, the international community did not speak out against this inhuman act. Now, the 2022 Winter Olympics have been approved to be held in China. The World Olympic Committee is once again playing three monkeys. Despite the diplomatic boycott initiated by some countries, the Committee has not taken any steps to relocate the Winter Olympics.

To date, only America, Great Britain, Canada, Australia, and Japan have decided to hold a diplomatic boycott due to the genocide committed by China against the Uyghurs. Official delegations from these countries will not participate in the opening ceremony. However, the athletes of the aforementioned countries will still take part in the competitions. Not sending official delegations is an appropriate decision, but it is insufficient. Athletes must also not participate in the Olympics, so that China is held accountable for its crimes against humanity, particularly the Uyghur genocide. The question that must be posed to the athletes participating in the Olympics and the companies that sponsor them is: “Are these games more important than our humanity?” No one can answer this question with a confident yes. However, in practice, it is obvious that this is the answer that sponsoring companies, in particular, have chosen. Historians who will write of these days in the future will equate these companies with the German corporations that supported the Nazis. Just as Hugo Boss cannot get rid of the shame of its support for the Nazis who carried out the Holocaust, companies such as Volkswagen and Airbnb will not be able to account for turning a blind eye to the extermination of the Uyghurs.

The fact that millions of Jews were subjected to genocide in Europe 80 years ago has been forgotten by European politicians. Respect for human rights, which is one of the founding values of the European Union, has been ignored when the subject is China. There were German companies that supported the Nazis for a moment of history. Today, there are giant companies which are cooperating with the Beijing regime. Unfortunately, in a Europe led by Germany, the so-called “transformation through economy” approach of past German Chancellor Helmut Schmidt is applied vis-à-vis China. This means that Europe is indirectly complicit in the crime of genocide.

The point that should be emphasised here is the silence of the Muslim world in the face of the diplomatic boycott of Western states. Those subjected to genocide by the Chinese Communist regime are Muslim Uyghurs. Unfortunately, the Islamic world has left its brothers and sisters alone with their painful fate. The fact that the Organisation of Islamic Cooperation (OIC) – which is the leading international body of the Muslim world – has not taken any steps has not gone unnoticed by human rights activists. The fact that the OIC does not take care about its member states shows how economically and diplomatically indebted these states are to China. Today, there is no boycott against China; on the contrary, the Beijing government is praised at every opportunity. Periodically, press outlets in majority Muslim countries publish stories about how successful China is in governing. In those countries, there are non-governmental organisations and human rights associations that support Muslim Uyghurs. But they cannot make their voices heard enough. Although the ruling elites want to keep their relations with China warm, East Turkistan is a bleeding wound in the hearts of the Muslim people.

It should not be forgotten that the Uyghur Tribunal, which was held in the UK in December 2021, concluded that the Chinese communist regime is committing a genocide against the Uyghurs. In the text of the judgment proclaimed by the court’s chairman Sir Geoffrey Nice, it was documented that the Beijing government has implemented a policy of compulsory sterilisation for the extermination of the Uyghur generation. Nice emphasised that China pursued a deliberate, systematic, and ruthless policy of long-term depopulation of the Uyghurs and other minority communities. During the court’s sessions, witness testimonies, expert reports, and other forms of decisive evidence indicated that a new genocide is taking place before the eyes of the world today. Even if Western companies turn a blind eye to China, Muslim countries fail to speak up, or Western states pat Beijing on the back, they will not be able to eliminate this fact. Today, those who are directly or indirectly involved in China’s genocide will be held accountable before history.