Zionism Has Truly Lost the Debate 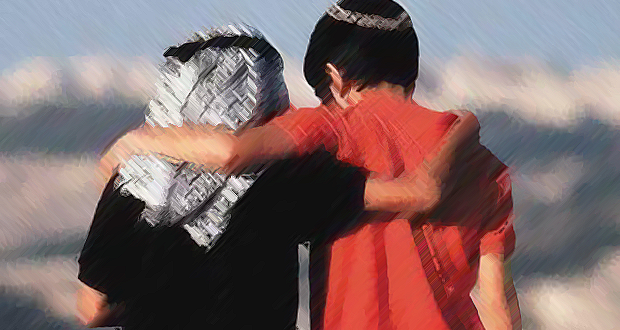 Judaism is a great and ancient religion which has endured enslavement by the Pharoahs, Pogroms by the Tsars, and the Holocaust by the Nazis. The Jewish people have come through these cataclysmic events and flourished as influential minorities in different countries, cultures and continents. Zionism on the other hand, is a modern, colonial-settler political ideology which seeks to create and expand an apartheid state, where one ethnic group is privileged over another, while the others are permanently disenfranchised, dispossessed and subjected to endless military occupation. The two are completely separate, and often in complete opposition to each other. It is the strategy of the Zionist movement to weaponise respect of Judaism and collective resolve against anti-Semitism, as a cover for the crimes of Israel.

Judaism has safeguarded Jewish identity and culture for thousands of years, Zionism will eventually destroy it. To understand this bold claim one first has to understand the historical roots of Zionism as an anti-Semetic, evangelical Christian project based on a literal reading of the bible,[1] and an ardent desire to expel Jewish people from their home nations, in order to empty their own countries of Jewish minorities. Arthur Balfour, the British Foreign Secretary and author of the 1917 Balfour Declaration which declared the British government’s support for the establishment of a ‘national home for the Jewish people’[2] in Palestine was a committed anti-Semite who dismissed the Jews as an ‘alien and even hostile’ people,[3] and sponsored legislation to keep Jewish refugees out of the UK. It is no surprise then that Edwin Samuel Montague, who was a Jewish member of the cabinet and a strong opponent of Zionism, called Zionism, ‘a mischievous political creed’.[4] He opposed the Balfour Declaration of 1917, which he considered anti-Semitic:

“…I assume that it means that Mahommedans [Muslims] and Christians are to make way for the Jews and that the Jews should be put in all positions of preference and should be peculiarly associated with Palestine in the same way that England is with the English or France with the French, that Turks and other Mahommedans in Palestine will be regarded as foreigners, just in the same way as Jews will hereafter be treated as foreigners in every country but Palestine. Perhaps also citizenship must be granted only as a result of a religious test.”[5]

Zionism is anti-Semitic in origin

In fact, to trace the origins of Zionist ideology one has to go back to the 1840s where a growing movement of Protestant English politicians began to propagate the idea of a Jewish homeland in Palestine in complete opposition to mainstream Jewish beliefs and rabbinical literature. Anita Shapira, the respected Professor of Jewish History at Tel Aviv University, and former head of the Weizmann Institute for the Study of Zionism, writes:

“… until the nineteenth century the Bible was considered secondary to Jewish oral law… It was the Protestants who discovered the Bible …Even the idea of the Jews returning to their ancient homeland as the first step to world redemption seems to have originated among a specific group of evangelical English Protestants that flourished in England in the 1840s; they passed this notion onto Jewish circles.”[6]

It was Lord Shaftesbury, who was a puritanical Protestant English politician,[7] and president of the London Jews’ Society from 1848 until his death in 1885, who published an article in The Times in 1840 proposing a “return” of the Jews to Palestine. He wrote to various protestant monarchs across Europe and was also one of the founders of the Palestine Exploration Fund which sought to find archaeological support for the stories of the Bible in Palestine. The phrase, “A land without a people, for a people without a land” was actually first coined by a Christian Scottish clergyman, Rev Alexander Keith in 1843.

Theodor Herzl, who is often credited as the founder of political Zionism, was actually an obscure Jewish writer deeply affected by anti-Semitism accross Europe. He was propelled onto the international stage by an Anglican priest named William Hechler from the English embassy in Vienna. Naim Ateek, the Palestinian priest from the Anglican Communion and founder of the Sabeel Ecumenical Liberation Theology Center in Jerusalem recently said:

“In fact western Christian Zionists must share the responsibility for the creation of Zionism and in the establishment of the state of Israel. One of the closest friends of Theodor Herzl, the founder of political Zionism, was an Anglican priest by the name of William Hechler. Rev. Hechler was instrumental in inspiring and educating Herzl on those passages of the Bible that, he believed, call for the return of Jews to Palestine in fulfilment of prophecy.”[8]

Zionism is against Orthodox Judaism

Orthodox Jewish beliefs to this day consider the return of the Jewish Messiah as a precursor to their ‘restoration’ in the holy land. This has always been in direct opposition to Christian Zionism which considers the return of the Jewish people to the holy land to be a precursor for the return of Jesus Christ. According to Evangelical Christian theology this second coming of Christ will lead to the conversion of the Jews to Christianity or their condemnation to hell. It really is an apocalyptic vision for the future which is well on the way to being realised with the establishment and continued expansion of the apartheid state, and the unconditional support of the current American administration.

Fast forward exactly 100 years to December 2017 and Trump, in complete opposition to the international community made the declaration of Jerusalem as the Capital of Israel.[9] It is again this same anti-Semetic, evangelical Christian support base, in its modern mutation of far-right American imperialism, which provides immunity to the crimes of Israel. The Jewish community needs to consider: who are their real existential threats? Is it the Arab Muslims with whom they share a joint heritage in terms of culture, language, history and religion? Or is it the murderous far-right White supremacists who continue to launch deadly attacks, killing a dozen Jewish worshippers at the Tree of Life Synagogue in Pittsburgh in October 2018,[10] and the Southern California Synagogue in April 2019.[11] Look through the mist of media propaganda and misinformation from the pro-Israel lobby and ask yourself, historically and today, who has sought the complete annihilation of the Jewish peoples?

Mandela famously said, “But we know too well that our freedom is incomplete without the freedom of the Palestinians.”[12] He recognised, as all colonised people do in their universal suffering, that freedom for one must mean freedom for all:

“Even during the days of negotiations, our own experience taught us that the pursuit of human fraternity and equality – irrespective of race or religion – should stand at the centre of our peaceful endeavours. The choice is not between freedom and justice, on the one hand, and their opposite, on the other. Peace and prosperity; tranquility and security are only possible if these are enjoyed by all without discrimination.”[13]

You don’t have to be a Palestinian to support the epic 70-year struggle of the Palestinian people. You don’t even have to be Muslim. You simply need a strong sense of rationality and justice, and feel the most basic human instinct of compassion for your fellow human beings in the face of structural violence, racism and incremental genocide. The Palestinian people have been the victims of an obsessional and unhinged narrative that portrays them as the aggressors in their own tragic displacement. 240 Israeli and Jewish academics recently urged the German government in an open letter to reject a recently passed law defining the Boycott, Divestment and Sanctions movement (BDS) as anti-Semitic.[14] Jewish academics, historians, social scientists, intellectuals and socialists have historically and to this day opposed the ethnic cleansing perpetrated by the state of Israel but have been marginalised by an organised, well-funded Zionist elite that seeks to dominate Jewish political discourse. The Zionist movement has falsely positioned itself as the universal voice of Jewish national self-determination, dismissing the countless Jewish critics who consider the state of Israel and its apartheid policies to be increasing hatred towards Jewish people world wide.

The danger is that using anti-Semitism as a false cover to deflect scrutiny of Zionist atrocities will undo decades of hard work in educating people about the horrors of the Holocaust.[15] Consider for a moment the relentless campaign against the leader of the opposition, Jeremy Corbyn. A well know supporter of the Palestinian cause, he was subjected to two failed attempts by some in his own party to oust him as leader. When the level of his support, especially amongst the youth of the Labour party membership became clear, he was subjected to an organised and relentless hate campaign designed to portray him as an anti-Semite using his initial reluctance to accepting a new definition of anti-Semitism into which criticism of “Israel” encroached.[16] Nobody has questioned the dual loyalty of those Labour party MPs who put the agenda of a foreign apartheid state above the democratic mandate of their own party membership. A person may well be a supporter or an opponent of Jeremy Corbyn in good concience, but what are the consequences for a free and democratic society if the leader of the opposition, with primary responsibility for holding the government to account, can be discredited and subjected to a hate campaign by his own party, on the instructions of a foreign apartheid state?

Zionism has lost the debate

The tide is turning against the Zionist propoganda machine. A debate in central London in June 2019 tabled the motion that, ‘Anti-Zionism is Anti-Semitism’.[17] The two speakers for the motion were Pro-Israel journalist, broadcaster and author Melanie Phillips, and former Israeli politician and member of the Knesset, Einat Wilf. The two speakers against the motion were Israeli historian, anti-Zionist activist, and Professor at the University of Exeter, Ilan Pappé,[18] and journalist, broadcaster and prominent critic of Israel, Mehdi Hasan. The motion was comprehensively defeated but what is more significant is that there was a 7% swing against the motion from attendees who were former supporters of Zionism. These are the small battles in auditoriums, university campuses and radio stations which must be won, and it is Jewish intellectuals who are most vociferous in exposing the Zionist movement as a deeply racist, colonial movement intent on the genocide or ethnic cleansing of the indigenous Palestinian people.

The discourse around the Palestinian struggle needs to be framed in universal terms. It is not just a Muslim cause. There are countless Christians who are persecuted in the vicinity of their most holy site,[19] the Church of the Holy Sepulchre. There are countless Orthodox Jews being persecuted within the Zionist state.[20] There are countless anti-Zionist Jewish intellectuals being maligned as self-hating Jewish traitors. And there are countless socialists, liberals and human rights activists who are being smeared with the stain of anti-Semitism. This is a universal struggle against a racist, colonial, apartheid state of unique malice. An anachronism that belongs in the distant past where imperialist land-grabs, motivated by crusader zeal, were tolerated at the expense of the genocide of indigenous peoples.