Are you ready for our first ever NATIONAL CAMPAIGN?
Home / Current Affairs / Unscripted #20 | Shaykh Abu Eesa Niamatullah in da house 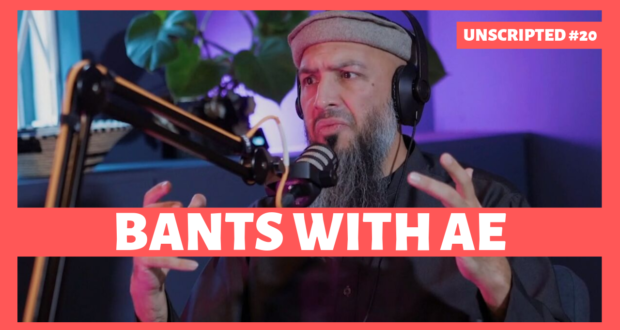 Join us this week on our highly anticipated Unscripted podcast #20 with Shaykh Abu Eesa Niamatullah!

In classic AE style, he takes a dig at Salman’s doctorate, insults Man United fans (despite being one himself), highlights problems with modern-day Khutbahs while advocating no mobile phones for teenagers, all while enjoying a rap about himself by Umer.

P.S. If you’re a Pharmacist, watch at your own peril…

What would a new civilisation of Islam look like? | Unscripted #76