The Muslim Rohingya Victims and Refugees 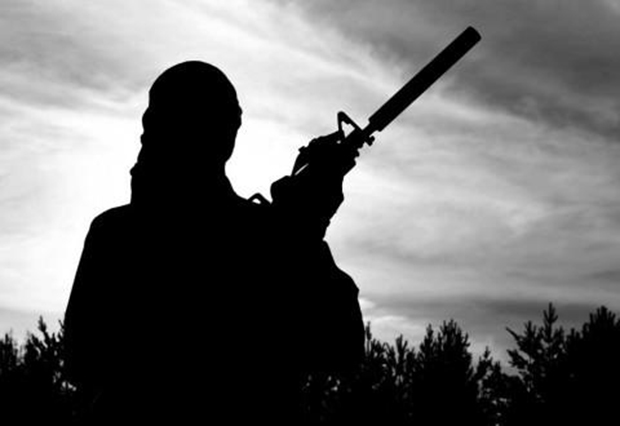 The news of the killing, burning, looting, rape and arrest of the Rohingya Muslims in the Arakan (Rakhine) region of the state of Burma (Myanmar) can still be heard. Those ruthless violence was committed by the Buddhists and the joint forces of the Burmese army. Thousands of innocent Muslims have been killed (shaheed insha Allah) in the violence which culminated lately.

Based on the report in the Ansar Al-Mujahideen forum, eyewitnesses from the families of the victims who continue to communicate via the phone, estimated that the number of Muslim deaths in Arakan can reach 6000 people to date (innalillahi wa innailaihi raji’uun). While there hasn’t been any media that can detail the number of victims, considering the media right now only receive reports from the surviving Rohingya people in Arakan who could still communicate. According to witnesses, the numbers that have been stated so far show that there are really brutal genocides against Muslims taking place in Arakan.

Moreover, it was said that the Buddhist ethnics have killed hundreds of Rohingya Muslim people, and then threw their bodies into the Bay of Bengal. To hide the facts and spread foul propagandas, those Rakhine ethnics and Buddhism adherents put clothings usually worn by Buddhists on the dead Muslims and claim that they are the remains of Buddhist people who became victims.

The security forces and Nasaka (Myanmar border security forces), joined with the Rakhines, also arrested Rohingya Muslims, most of them are grown men or youths, and took them away from their villages to unknown places and are reported to have been killed out of the sight of the locals.

Furthermore, as a majority of those killed are Muslim males, many Muslims live in their homes without the protection of men, and many Muslimahs and their children fled towards the border of Bangladesh, but ironically the border “security” forces of Bangladesh sent their boats back to Myanmar, so the Buddhists sunk the boats of the Muslim and killed the passengers.

Tens of thousands of Rohingya Muslims in Arakan are suffering from hunger as there is not enough food supply, and also because their shops have been burnt, and they also suffer as they have to become homeless as their houses have all been burned down, they are only staying in evacuation shelters where the condition is very bad.

The Elders Of Maungdaw : The Government Is Undertaking A Systematic Ethnic Cleansing
Violence against Muslim Rohingya ethnics is still going on in the Arakan (Rakhine) region of the state of Burma (Myanmar). The murder, robbery, rape, as well as the arrest of Muslim youths, are the daily activities for the so-called ‘security’ forces in Rakhine, along with the support by the Buddhist ethnics in Rakhine, in fact even by the local authorities.

This is not a mere assumption, but evidences have been exhibited in front of the eyes. The efforts of the Rakhine extremists is a form of ethnic cleansing against the Muslim Rohingya ethnics, who are considered to be illegal immigrants by the residents of Rakhine. Seems strange indeed, because according to the President of ARNO (Arakan Rohingya National Organization), when interviewed by Aljazeera, the Rohingya Muslim people and the Arakan ethnics have lived side by side for a long time and the Muslim Rohingya people are not illegal immigrants.

The proof that the local authorities are supporting the violence against Rohingya Muslims is that, they are letting the ‘security’ forces to be involved in the violence against the people of Rohingya. And a number of Burmese media have made foul propaganda to suggest that the Arakan Muslims are terrorists who had killed Buddhist citizens and burned their homes, as was said by an elder in Maungdaw.

A tribal elder in Maungdaw revealed, as reported by Kaladan News on Sunday (17/6/2012), that the Burmese authorities are using new tactics in an attempt to cleanse the Rohingya ethnics from their villages. They, the so-called security forces, are destroying the properties of the Rohingya Muslim community, arresting their youths in every village of South Maungdaw and taking them to the Nasaka headquarters where they are tortured brutally and their photos taken after being furnished with heavy weapons, such as swords, knives and bottles full of fuel, as a propaganda to prove to the world that they (Rohingya Muslims) are terrorists through the Burmese media.

“It is clear that the Government is conducting ethnic cleansing in a systematic way to make the Rohingya Muslim community flee from their own homeland (Arakan),” said the elder.

It has been reported previously that thousands of Rohingya Muslims are suffering from hunger due to the absence of aids. The UN delegations and NGO’s that visited Rakhine a few days ago were ordered to go back as the Burmese authorities did not promise to provide security for them.

With the absence of the UN teams and NGO’s, extremists and local governments can commit genocide against the Muslims more effectively, unbeknownst to the outside world. Due to that,the independent media that are pro- Rohingya Muslims that have direct sources from Arakan, are very helpful for the international community in the dissemination of news about the situations and conditions of the Rohingya Muslims.

The Muslim Rohingya Victims and Refugees
The Burmese media that are pro-Rakhine have been spreading propagandas regarding the Rohingya Muslims. They depict that the Rohingya Muslim people are terrorists who burn the houses of the Buddhist ethnics of Arakan. One of the proofs that it was the Rakhine ethnic people who carried out the violence, could be seen from the clothes or shorts worn, which are specific to the Buddhists. Keep in mind that, most of the Rohingnya Muslims normally wear knee-length sarongs, it is very rare for them to wear shorts. However, this does not rule out the possibility that the Buddhist ethnics have disguised themselves by dressing like the Rohingya Muslims, the proof is, the Burmese police that arrested the Rohingya youths and then tortured them, furnished them out with weapons to be photographed and published.

Thousands others are forced to flee to neighboring country, Bangladesh, in order to save themselves. A number of Muslims made it to Bangladesh and are staying put in the Lada refugee camp, south of Bangladesh, operated by a UK Muslim NGO which provides medicine and food aids. However due to limitations, refugee camps were scantily built, in fact they are not even worthy to be used. Not all Rohingya Muslims could live in the refugee camps, as thousands of them have been expelled by the authorities of Bangladesh as they are regarded as illegal. While a number of Muslims also were detained by the border police and in fact they were even punished by being straggled on the hot beach sand.

The Rohingya Muslims, both those who still stay in Arakan and those who are fleeing to neighbouring countries, are in a critical condition, needing the immediate help from the international community. Until now, the Rohingya Muslim people are still living in fear.

:Notes This article has been cross posted from http://theunjustmedia.com
Sources:www.islam21c.com
Islam21c requests all the readers of this article, and others, to share it on your facebook, twitter, and other platforms to further spread our efforts.