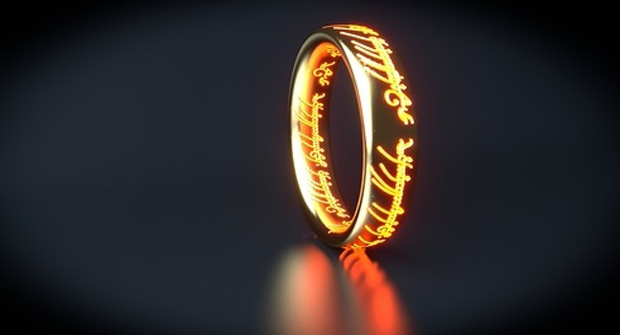 Women in the West have only had rights for 100 years thanks to the advocacy of feminism. Muslim women have been able to vote, own land and run their own businesses for about a little over 1400 years.

Before you can understand the full irony of the situation, I must explain how I came to know about Feminism. Let me start with a little tale called Becky’s Slap.

Being an adolescent in the 1960’s and 70’s was a pretty exciting experience in the United States. America was going through ideological growing pains: redefining and re-assessing its values in its social and political arenas. Everyone was talking about drugs, concerts and liberation.

I was about 15 amidst all of this when I met my first feminist—a perky white girl name Becky, a college student who volunteered to work in the ghetto (today known as the ‘hood’). She had big blue eyes, long brown hair and wore ‘daisy dukes’. She smelled like honeysuckles. Being at the height of discovering what a man was, my raging hormones and I welcomed her unsolicited conversation with intense attention.

Not knowing what it meant, I was hopeful it was close to what I thought it was. Before I could share those thoughts, she continued.

“It is the exploitation of women by men,” Becky said as serious as her Minnie mouse like voice would allow. ‘Exploitation’ was also a new word to me and seemed reminiscent of ’expose,’ a word my little ghetto mind did recognize. She reached in her blue jean satchel and pulled out some fashion magazines. During those days, they were thick like dictionaries due to the ads.

“Look at this!” she commanded me, flipping the pages. She was starting to sound a little ticked off. “These women are being used and are brainwashing other women to believe in their own inferiority,” she declared.

There were a bunch of words that hovered incomprehensively above any attempt I made to decipher their meaning. Whatever they meant, somehow, it seemed the situation wasn’t going the way I had hoped.

Maybe this was what happened before the “sexism” and “exploitation” I thought.

“Look at these women,” she said with great offense; “their faces covered with paint to sell more paint and clothes…and even cars!”, she said, slamming her hand down at the open book.

I politely smiled and touch her knee cap—which, frankly, took a lot of courage on my part. It also brought an abrupt end to my initial encounter with the feminist movement with a slap that seemed so hard I was sure my mother felt it. Becky must have been quite a field hockey player in high school.

Later, when I got older, it appeared feminism (as popularly practiced) was a way for women to assert their right to equality in every way to men while still claiming the option of all the perks of being ‘a woman’ (i.e.: cashless dates, gratuitous gifts, and the luxury of being emotionally non-committal in most situations).

I later found as I began to study philosophy in college, feminism was a doctrine of equality of the sexes that, in theory (the gist of which), saw society as an egalitarian) association of men and women who have equal rights in all facets of living. Its only flaw (in its present day permutation) was, in practice, it ignored the physical and psychological differences between men and women.

As the ideas of feminism became more accepted as principles for men and women to view each other, men being attracted to women under non-social circumstances for a while was considered almost a criminal offence—if not deviant behavior. It got to the point where opportunistic women could wear the most revealing outfits in public and if a man accosted her, she could have him arrested for harassment.

It also became a vehicle for not only women to assert their claim to equality to men, but also anyone and everyone who had any type of predilection regardless how far removed from normal sexual human behavior it was to do so (see what happens when they take Allah out of the equation).

Historically, when things began to open up economically for women, the focus of the movement shifted to gay rights.

Although I was non-Muslim and truly more than a stone’s throw from guidance, this still seemed to me a little ‘off.’

Intellectually, I believe feminism and its egalitarian organization principles had its place (it was a perfect construct for small family businesses and social service organizations), but outside of that, in the world we currently lived, it had no global application.

Somehow, over the course of the intervening years since Becky’s slap, the movement seemed to lose the focus it had in the 60’s and 70’s (considered ‘the second wave’ whose focus was to free women from what was thought to be the psychological oppression of a male-dominated society). Although there seemed no real resolution in American society for this other than putting women in overalls and letting them use jack hammers and drive big rigs, Europeans appeared to have a more realistic take on it.

Becky’s fervor as a crusader for this injustice was in response to what was obvious—and she was right, women were the manikins of our commercial society. Some social theorists believe that the women’s suffrage movement (which coincides with the industrial revolution) was created to get women out of the house with their own money to increase the demand for manufactured goods. Prior to suffrage, men were the primary wage earners and controlled household or family spending. Every retailer knows that women are impulse buyers and represent 80% of the spending public.

Most women who buy magazines like Vogue see them as a magic mirror of their own exploitation, which tells (with every issue) how they should spend most of their time, wealth and energy. The relentless ads and media around these poor women keep them mentally and psychologically symbiotic to the supply and demand system created to perpetuate the buying and selling of goods.

This psychological manipulation is known as ‘conditioned response’. (It was the scientific argument that was used to argue the US Supreme court case, Brown vs. the Board of Education which made racial segregation unlawful in American schools. It made the case that blacks were being ‘conditioned’ to believe in their own inferiority.)

The real product was sexuality and with it they sold themselves and their daughters to perform the seasonal ritual of buying cosmetics, clothes and status goods.

Meanwhile, men are also sold similar goods for the same reason, to attract and obtain the adulations (and sex) from the opposite sex. In the West, even the poor people buy clothing every season of ever year—not because the clothing is worn out but because, regardless of the condition of the garment, fashion requires it. Cars, houses, and position are all part of this cyclic pursuit of the opposite sex. It has become an addiction, a neurosis in the truest sense of the word in that it never satisfies any need but maintains a cycle of dependency.

In the West, it has perverted behavior and destroyed the concept of family and normal sexual relationships as well as increased the crime rate to epidemic proportions. Sex has become not only the cause of the ills of western society, but the number one means of oppression.

Islam is a threat to the West not because it has veiled women running around with concealed bombs, but because it takes women (and as an indirect result, men) out of this lucrative cycle of western psychological exploitation. Since she is not buying to attract men (or compete with other women), she no longer needs to buy most things fashion magazines attempt to sell women. Veils, Burqahs and over garments pretty much eliminate the need to buy seasonally—since the design and purpose of the woman’s garment minimize attention and evades fashion. Without the provoked psychosocial frenzy instigated by media advertisements, the sexual tension that underlines the high crime statistics in the West will cease to be a contentious cause of human aggression. In contrast to the West, and in no small part due to the veil, societies like Saudi Arabia have crime rates that are, across the board, the lowest in the world.

Muslim women also are identified as ‘virtuous’ due to the design of their clothes for centuries. This shouldn’t be too strange for even the Christians in France, England and most European countries. Their women of virtue (nuns) used to wear almost the same identical outfits.

Rather than redefining gender and have women in roles unsuited for them, Islam delegates rights and responsibilities that match their mental and physical makeup in a realistic view of their sexual chemistry while still maintaining their human rights and equality to men. Islam is, and has always been, the answer the feminists were looking for.

Lastly, the Muslim woman wheels a power in Islamic society unfathomed by even herself, I suppose mostly because its means is seldom brought to her attention. You see, in a Muslim family it is mandatory that boys and girls (men and women) to obey their parents in anything that is lawful under Islam. Even though, under Islamic values believing women must obey their believing husbands, mothers have three times the right over their children than fathers. Every man has a mother—even the ruler.

Islam21c requests all the readers of this article, and others, to share it on your facebook, twitter, and other platforms to further spread our efforts.
J. E. Millington, Jr.