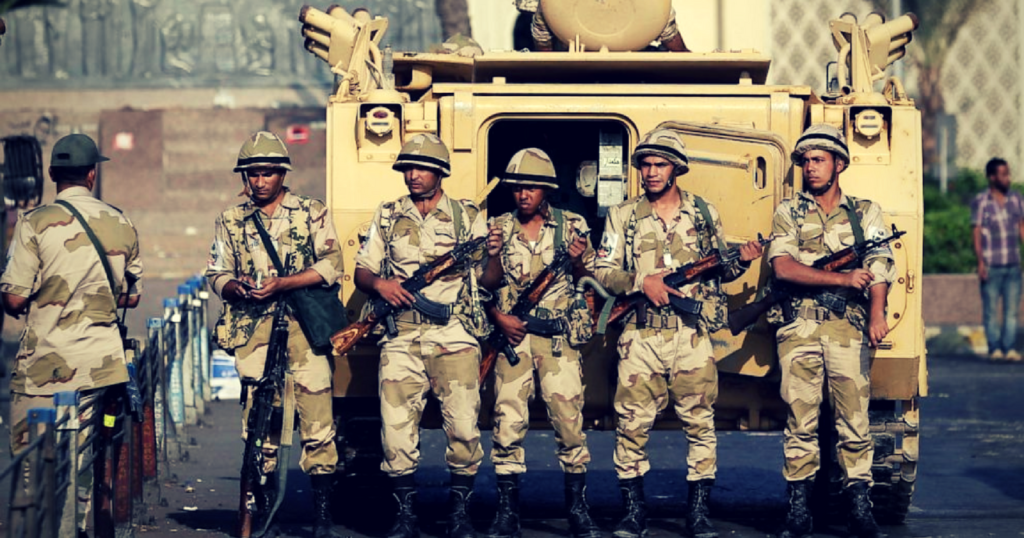 The 3rd of July marks a grim day in the chapter of Egyptian History. Time and time again Egypt has seen parallels of Firawn and Mūsā (ʿalayhi al-Salām). It manages to conjure up some of the most wicked and yet also some of the most righteous of every age since the rise of Islām after the four rightly guided Caliphs (raḍiy Allāhu ʿanhum).

Egypt has been a key player for oppressors and imperial powers in the region. Exchanging hands between Soviets and Americans, the dictatorial regimes, under whom languished the Egyptian people, seem always to have one common enemy: Islamic Movements which, despite political affiliations, seek to keep the light of religion from being extinguished. Under the tutelage of oppressive military men, Islamic groups who found unity in loving the religion wished to educate the Egyptian people, relieve the corruption and engage in charity. Even these noble aims were met with persecution, arrests and executions throughout modern Egyptian History.[1]

For the first time since the Arab Spring and the overthrow of Mubarak, Egyptians democratically elected a Parliament and a President. This was a bane for the parallel police and military state which ran much of the economy usurping people’s properties and rights. [2] They had a disdain for the message of the winning party, the Freedom and Justice Party (FJP), with their anti-Zionist, anti-Corruption and Islamic policies and rhetoric. They did not want to bow to the forces of dictatorial secular nationalism which had dominated Egypt.

For the brief year Dr Mohammed Morsi (the freely elected President of Egypt) was in power along with his party, the FJP, opposition groups in the region plotted and planned and, following his eventual overthrow, applauded. [3] From the Military in Egypt to the Baathists in Syria, from Zionists in Israel to Emiratis in Dubai; those in power were joyous at evading minimal taxation and at maintaining a secure grip over Egypt. [4]

However, it was not enough that the Muslim Brotherhood retracted from the political scene let alone contest their unjust eviction from power. Despite the Brotherhood’s peaceful tactics they were met with brute force. Following the coup, on the 14th of August in a period of 24 hours Human Rights Watch notes that the Egyptian Military attacked peaceful protestors at the Raba’a al-Adawiya Square “killing at least 817 and likely more than 1,000.” [5] The number is likely to be even higher as many bodies were reportedly disposed of by military and police units and many were unidentifiable as a result of incendiary grenades utilised by the military.

The regime that has succeeded the democratic reign of the Muslim Brotherhood has brought in sky-high corruption according to “Transparency International”; [6] since 2014 tens of thousands of military trials of political prisoners;[7] thousands of forced disappearances;[8]praise from Trump;[9] sky-rocketing state executions mainly for those denied a free trial,[10] and the greatest relations between Egypt and Israel since the founding of the Zionist State. [11] General Sisi (the leader of the coup against Dr Morsi) has made attempts to legitimise his regime through successive rigged elections and the arrests of notable Ulama and political activists under the pretence of “fighting extremism” which helps his justification of having at minimum 60,000 political prisoners.[12] [13] [14]

As we remember this day as Muslims and as freedom-loving people all over the world, let us convert this great distress and despair into action. Let us pressure this regime and all its allies to give up their wrongful ways. Show solidarity through activism and Da’wah to our brothers behind bars and work with our brothers in Egypt so that they may revive their honour, liberty and justice under the protection of Islām. And with this we should be hopeful and attentive remembering the words of Allāh (subḥānahu wa taʿālā):

[1] Return of the Pharaoh by Zainab al Ghazali