Against Assad and against U.S. led attack 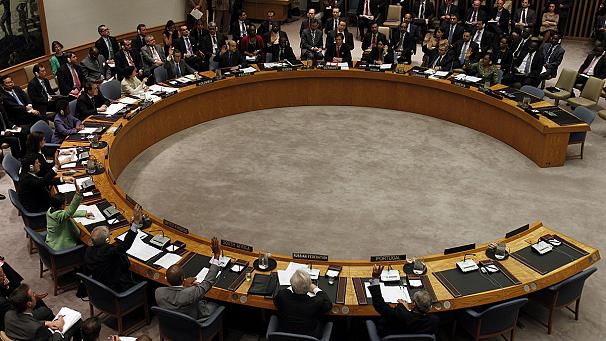 We must question the motives for intervention now, after two and half years of suffering, repression, displacement, maiming and killings in Syria.

Visiting Aleppo in late July was one of the most horrendous journeys I have ever undertaken. Travelling in a convoy of 30 trucks loaded with humanitarian aid, my initial enthusiasm melted away in the face of the colossal human catastrophe which greeted us. Just a few miles into Syria we encountered several dozen camps of internally displaced people; some housed thousands of men, women and children. The 900 tons of aid we had with us was a drop in the ocean. With millions of Syrians displaced, hundreds of thousands injured and tens of thousands killed I asked myself, just who is the phrase “never again” reserved for?

There can be little doubt that Bashar Al-Assad is culpable for the plight of the Syrians and fully responsible for the deaths of those who oppose his regime. In the circumstances, it may be tempting to become despondent about British MP’ decision not to take military action in Syria. However, I believe that we should breathe a collective sigh of relief and hope that the US and its partners in Europe and the Middle East follow suit.

Britain appears to have discarded its imperialist baton with which it first carved-up the region along the borders determined by Messrs Sykes and Picot in 1916. Unfortunately, there are others who appear to be more than happy to fill the military space next to the US which has been vacated by the UK following the parliamentary vote against war.

We must question the motives for intervention now, after two and half years of suffering, repression, displacement, maiming and killings in Syria. The claim that the use of chemical weapons to kill hundreds of people is more of a concern than the killing of thousands using high explosives has to be considered carefully. Innocent school children and civilians in their thousands have been the victims in this civil war; their deaths are the result of a multitude of weapons and ammunition. Each and every death should cause us great anguish regardless of how it was caused. We have to remember that the gas attack last week was not the first in this war. It is believed that the Assad regime has used chemical weapons at least 14 times since it began; they drew no international outcry. The suggestion that there are suddenly “red lines” is significant as it betrays a duplicitous approach by the West which seeks to hide its true intentions and motives. It is reasonable to point out that the country’s most vociferous in the clamour for an attack on Syria have their own tarnished records in using illegal weapons.

In 2004, for example, America used chemical weapons in Falluja during the subjugation of Iraq; innocent civilians are still paying the price today with horrendous birth defects and a staggering increase in the numbers of cancers and other fatal diseases. Israel’s use of White Phosphorous against civilians during the 2008-2009 bombing of Gaza led to many deaths and agonising burns on its victims. Britain is not excluded from this Hall of Shame; indeed, it may be the worst offender. The “[House of] Commons Committees on Arms Export Controls” in July 2013 revealed that the UK exported industrial Sodium Fluoride to Syria; it is used to make chemical weapons. Britain has also shipped the same chemical to Saudi Arabia to the value of £1.4bn which is dwarfed only by the £7.8bn shipment to Israel. It is clear that if intervention is out of concern for Assad’s victims alone then it would have taken place two years ago. Assad’s use of chemical weapons looks ever more like an excuse, not a reason for an attack on his regime. In addition, following support for the Egyptian coup, it is not possible for the West to claim that it is helping democracy to take root in Syria; Egypt is just the latest of a number of democratic elections the results of which have been shunned and quashed by the West, Algeria and Palestine being the most recent examples.

A more plausible explanation for the sudden crisis of conscience can be found closer to the heart of the Middle East, and two key players in particular: Saudi Arabia and Israel. These are followed by Turkey and Qatar, each with its own set of grievances and agenda, who have been seconded to create an apparently united front.

The events in Egypt have shown that “Islamists” who aspire for political leadership using democratic means are deemed to be ideological ”terrorists”. Hence, Saudi Arabia’s pledge of $7 billion to General Sisi’s coup against the Muslim Brotherhood, and a promise to meet any shortfall in military aid if any other countries withdraw their financial support. These facts explain “why now” over Syria; there are those with a vested interest in having regimes in the Middle East which protect vital Western “interests” and their own non-democratic power. Elected governments have no role to play and there are fears about the outcome of any future democratic election in Syria.

On the ground in Syria the resistance has been unable to gain ground because of disunity and Assad’s superior air power. Despite facing a single adversary and remaining focused on the goal of liberation, the different opposition groups have been tied to the demands of their external financial backers rather than their internal aspirations. Allegiance has been demanded and given, and this has dictated the shape of alliances. This has resulted in over a dozen resistance groups acting independently and, at times, against each other. This has also meant that despite great sacrifices for over two years Assad still controls most of Syria. Crucially, in the context of external intervention, despite billions of dollars poured in by Saudi Arabia and Qatar, the most effective groups to emerge are Jabhat al-Nusra, Islamic State and Foreign Jihadist, headed by the Chechens. These three groups are feared by Saudi, the US and Israel as much as by Assad; the US has even listed al-Nusra as a “terrorist organisation”.

Saudi hindsight post-Egyptian election victory for the Muslim Brotherhood prompts its efforts to ensure that the region doesn’t get another Islamist government. With the help of the Americans and use of Jordanian territory, they are working to replace the Sykes-Picot borders with the Abdullah-Netanyahu-Obama agreement to carve up southern Syria, thereby establishing a Western-friendly regime in the zone and thus undermining those they consider to be hard-line Islamists. For Israel there is also a game change taking place as they are currently open to global jihadists operating along their borders who could strike at any time, as the rocket attacks from Sinai and Lebanon by the Sunni “Ziad al-Jarrah Battalion” have shown. While Tel Aviv is worried about attacks by Jihadists and unidentified players, Riyadh is equally concerned about challenges to its monopoly on the political Islamic state structure; these shared concerns have drawn the US closer to direct military intervention in Syria.

Since this military action is being promoted as a limited retaliatory measure for chemical weapons’ use, Assad is unlikely to flee, nor sit by idly while his country is bombarded. He and his allies in Iran and Hezbollah are likely to retaliate, drawing the coalition into a protracted war. This may well be part of the plan to realise the Abdullah-Netanyahu-Obama paradigm; if the strategy is successful it will embolden Saudi, Israel and the other dictators in the region. Furthermore, it will also create new fissures while cementing the historical split between Sunni-Shia and Islamist versus “moderate”, while destroying Syria as a nation. The chances of success are minimal, and the likely outcome of carving up Syria and leaving the south in the hands of a Saudi-sponsored regime may provoke the jihadists to take their grievances to Riyadh and Tel Aviv. The north will inevitably be controlled by the Kurds and this could become a source of conflict with Turkey, a thorn in Israeli and Saudi eyes. The central region will remain in the hands of the Shia, creating a solid geographical and political line from Tehran to Beirut.

If Assad’s excesses are to be checked for sincere reasons then a no-fly zone such as that imposed over Bosnia in 1992 would be more effective, especially given that most of the neighbouring states, with the exception of Iran, would help with its implementation. It is, after all, Assad’s air power which has been used most devastatingly against the people of Syria. It is clear, though, that external forces want to push their own agendas while Syrian civilians pay the price with their lives and, sooner than we might think, their country.

Notes:
Source: https://islam21c.com/
Islam21c requests all readers to share this article on your facebook, twitter, and all other platforms in a bid to spread our efforts
Source: http://www.middleeastmonitor.com/articles/middle-east/7163-against-assad-and-against-further-violence
Share. Facebook Twitter LinkedIn Email Telegram WhatsApp
Previous Articleal-Tahwiyyah Pt 15, 16 & 17- In No Need of Creation
Next Article The UK & European Cities Prayer & Fasting Timetables 2014 – 1435 AH