Amanda Spielman’s Obsession With Muslims Has Proven Her Critics Right 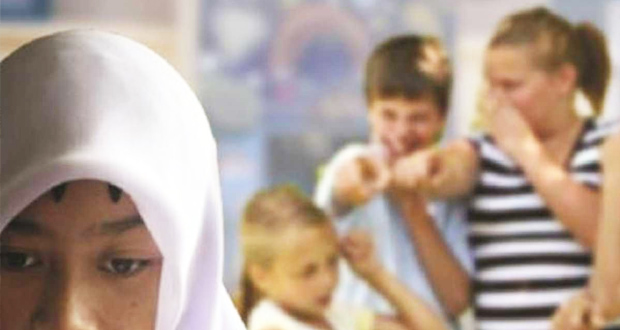 When Amanda Spielman was appointed as Chief Inspector of Ofsted in January 2017, many criticised her complete lack of classroom teaching experience, but it was the House of Commons education committee that insightfully rejected her appointment stating:

“Amanda Spielman has a broad range of experience but failed to demonstrate to us the vision and passion we would expect from a prospective HMCI. The new HMCI will face the task of leading Ofsted to raise standards and improve the lives of children and young people, and we were unconvinced that Ms Spielman would do this effectively.”[1]

Lack of vision and lack of passion are pretty damning indictments if they were to be levelled against a newly qualified teacher, but when they are levelled against the Chief Inspector of schools they are positively disastrous. And a year on from Spielman’s appointment those exact concerns have been realised. The regulatory body responsible for raising standards in our schools and securing a better future for all our children is having its educational agenda, not set by educationalists, but by the Times and by indoctrinated “collaborators” that have absorbed racist stereotypes like a sponge.

Spielman made a speech at the Church of England schools’ conference, with pre-release of sections of her speech to the Times,[2] revealing a sustained, unsubstantiated and bigoted attack on the Muslim community. Who could have imagined that the simple headscarf worn by young Muslim girls as a symbol of pride in their identity, or the selfless and admirable act of fasting, could evoke such a backlash? In a rambling speech devoid of meaningful detail or inspirational ideas, Spielman did manage to once again whip up anti-Muslim hysteria:

“Under the pretext of religious belief, they use education institutions, legal and illegal, to narrow young people’s horizons, to isolate and segregate, and in the worst cases to indoctrinate impressionable minds with extremist ideology.”[3]

Even the modest madrasas were in for a battering with the accusation that, “these institutions, some of which operate as illegal schools, use the opportunity to – in the words of the former Prime Minister – put ‘poison in the minds, hatred in hearts’ of young people. They need to be tackled.”[4] How desperate does a person have to be before they start to rehash old David Cameron speeches?

And of course no tirade of Islamophobic abuse would be complete without the good old “undermine fundamental British values” card![5] The speech came a day after Spielman ordered an emergency inspection of St. Stephen’s primary school in Newham, 7 days after the Headteacher revoked the infamous hijab and fasting ban.[6] As part of the inspection young girls were predictably asked about the wearing of hijab despite the fact that the school’s academic outcomes are outstanding and there have been no safeguarding concerns raised. Spielman actually endorsed the Headteacher declaring her ‘full support for Neena Lall’.

What exactly is the Chief Inspector declaring her support for? Is it the hijab and fasting ban which was claimed to be due to health and safety concerns? Or is it the subsequent unreserved apology of the Headteacher to the parent body and the lifting of the ban? It is remarkable how the parent body and local community, who have been instrumental in rebuilding trust and enabling the school to move forward from past blunders, is now being caricatured as perpetrating a “campaign of abuse”. The only campaign of abuse in this whole sorry affair has been the social media posts and profanity-filled emails of the former Chair of Governors.

It is disappointing to see the Church of England allowing itself to be used for what is in effect the promotion of institutional racism. The Church of England has always been a broad church that promotes tolerance and respect. As a respected institution of this country and one of the largest providers of school places, it needs now to come out publicly in opposition to Spielman’s comments.

Some in wider society have chosen to sit by idly while Muslims are targeted with one attack after another on their religion and identity, failing to realise that conduct of this nature harms everybody. As with any obsession, whilst Ofsted is preoccupied with questioning little girls why they wear the hijab, they are not questioning why so many of our young boys are dying on the streets of London due to knife crime.[7] When Ofsted is obsessed with orthodox Muslim practises and developing a fictitious concept of British identity based on prejudice, then attention is drawn away from the shocking levels of under-achievement in Mathematics and Science which is leading to a decline in productivity in the country. When Ofsted is preoccupied with an illusionary threat of Muslim parents and community leaders indoctrinating their children, they are neglecting the very real threat faced by children of online grooming and sexual assault.[8]

If Spielman is lacking direction and focus on what should be the priorities for a school inspection body she needs to look no further than her own inspection data. The greatest challenge to schools is not little girls wearing hijabs, it is the growing gap between the outcomes of students which is leading to greater polarisation in society. We are seeing stubborn trends of underachievement by vulnerable groups such as special educational needs children, children who suffer from social and economic deprivation and “white working class” children. This is only compounding inequality in society and leading to feelings of isolation and disempowerment. Schools have the potential to be catalysts for social mobility and microcosms of what an ideal society should be like. But how can they even begin to achieve this when they are being held to account by an inspection body with deeply held institutionally racist views themselves?

Every parent, Muslim or non-Muslim should be alarmed by the erosion of parental rights, 21st century racism and anti-Muslim prejudice being promoted by Ofsted. They are a regulatory body not a far right extremist think tank. It is their duty to raise standards in schools and improve the lives of young people not vilify a religious minority with long-debunked stereotypes. At every stage of engagement Muslim parents have had their voices drowned out with the labels of “extremism”. When they have asserted their identity, when they have asked for equal rights, even when they have shown compassion and support to those who have made grave mistakes, the single monotonous accusation has been, “extremism”. But the desperateness of such vitriol is a good sign that we are, God willing, part and parcel of the 21st century British landscape to be considered such a threat by our mere existence (or our children’s clothes) to prejudiced and bigoted people.

So what can you do?

I. Write to your child’s school clearly expressing that your child is not to be interviewed by any Ofsted inspector or staff member, who is seeking to question them regarding their religious practices or views without your presence. The following is an example email/letter template

I am writing to express my shock and dismay at the recent announcement by the Chief Inspector of Ofsted, Amanda Spielman, who described the hijāb as ‘sexualisation of young girls.’ I find her comments repulsive and institutionally racist, and at complete odds with the values and ethos of your school. I am very concerned about my child’s wellbeing and the possibility of my child being made to feel like a second class citizen whose religion and identity is not valued or respected in our society. Therefore, I would like to state that as my child’s parent and legal guardian no Ofsted inspector or staff member is to question my child regarding their religious practices or views, without my presence. If an Ofsted inspector or staff member wishes to question my child regarding their religious practices or views I will need to be contacted and a mutually convenient time organised for such questions when I can be present.

III. Build a positive and constructive relationship with your child’s school. The vast majority of people who work in schools do so to help young people realise their full potential.