#STAND4UYGHURS
Home / Featured / Are We Seeing a New Chapter in Muslim Activism? 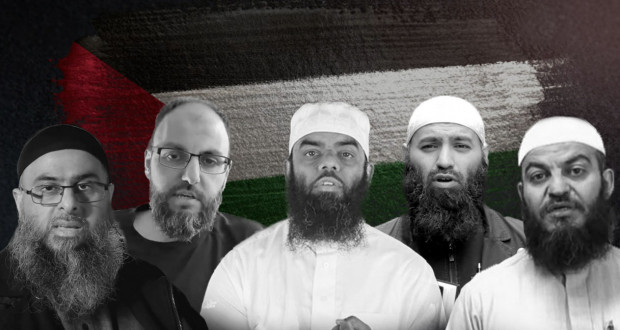 Are We Seeing a New Chapter in Muslim Activism?

By the grace of Allah, many have noticed a positive trajectory when it comes to the Palestine issue in the public domain.

Whilst the illegal Zionist occupation has attempted to exterminate Palestinians on a regular basis for decades, this time things are different.

We asked some of our authors to give their perspectives on the matter, and they mentioned several positive signs, from the burgeoning power and confidence of the Muslim community in the West, to the waning of traditional media discourse dehumanising the Palestinians.

I attended the incredible March to the Israeli embassy in support of the people of Palestine on Saturday 15thMay. There was a sea of people spanning across different areas to the extent that tube stations had to be closed from overcrowding.

Initial estimates had put the number of attendees in excess of 100,000.  It’s not surprising as justice is a universal value that is part of the fitrah (natural disposition), and there is a limit to what people can tolerate of Israeli savagery.

Most of all I was heartened by the strong representation of Islam.

There was a sea of takbīrs. Slogans and placards focused on al-Aqsa. The Palestinian flag is no longer the flag of a nation state but a symbol of resistance; a symbol against the toxic and racist Zionist narrative.

A number of prominent Muslim speakers were present. This is a movement which has a momentum which cannot be stopped. It’s important that our du’āt are taking a leading role and not left on the side-lines.

The public mood is definitely with our brothers and sisters who have suffered a lifetime at the hands of a racist apartheid regime. This is the sentiment that you clearly see when you attend any of the recent demonstrations and witness the multitude and diversity of people in attendance.

The slogans are predominately Muslim ones and are full of demands for justice. Islam is not merely rituals, rather speaking truth to power and taking stances to promote justice are just as central Islamic values.

Attending protests may not change the stances of political leaders but it does allow our narrative to spread and for others to join it. The danger is, however, if we don’t engage and lead in this aspect then the narratives of such demonstrations will lose their Islamic nature at a time when the cause is nothing but Islamic.

I was really happy with today’s protest. It seemed like more of a Muslim protest than a socialist one. The overwhelming majority—from where I was—were Muslims.

The slogans were Islamic in nature; takbīrs, “From the river to the sea”, calling out to al-Aqsa, and so on.

It’s really important that we take back the narrative. It’s very sad to see so many Muslims having to compromise our values so that we can be heard.

Many anti-Islamic voices influence the narrative of Shaykh Jarrah (such as Euro-American LGBT ideology). So it’s important we take a more active role in these matters.

The sight of over 100,000 Muslims marching through London in support of our brothers and sisters in Palestine and Masjid al-Aqsa is evidence that the hearts of this Ummah are still beating.

With the Palestinians resisting apartheid and ethnic cleansing with whatever means are at their disposal, it is incumbent on us all to do the same in a united front against the Zionist aggression.

Demonstrations are indeed only the starting point, but we must keep the momentum going with participating in BDS, calling for sanctions against Israel, an end to the blockade, and not ceasing our efforts until every inch of Palestine is liberated.

You are the best nation produced [as an example] for mankind. You enjoin what is right and forbid what is wrong and believe in Allāh.

We see from the context that the key element that makes this Ummah of Muhammad the best of nations, is enjoining good and forbidding evil. In essence, you ensure that you fulfil the responsibility of your Īmān not only for yourself, but for humanity in its entirety.

Alhamdulillāh, more and more Muslims are now understanding their global responsibility to minimise evil and to empower goodness. Attending such marches and public displays symbolises this divine responsibility towards activism.

It is a huge mistake to believe that victory of such global scale can be won overnight. Hence each morally-accountable person is charged to do whatever they can do. As the Islamic principle states, al-maysūr lā yasqut bil-ma’sūr—the duty to do that which is doable is not lifted due to the presence of that which is not doable.

In this day and age, the main elements of Jihād are in the realm of political and media activism. So, I congratulate the Muslims and encourage them even more to take up the mantle of the Best Ummah once again and strive in these domains to bring about positive change.