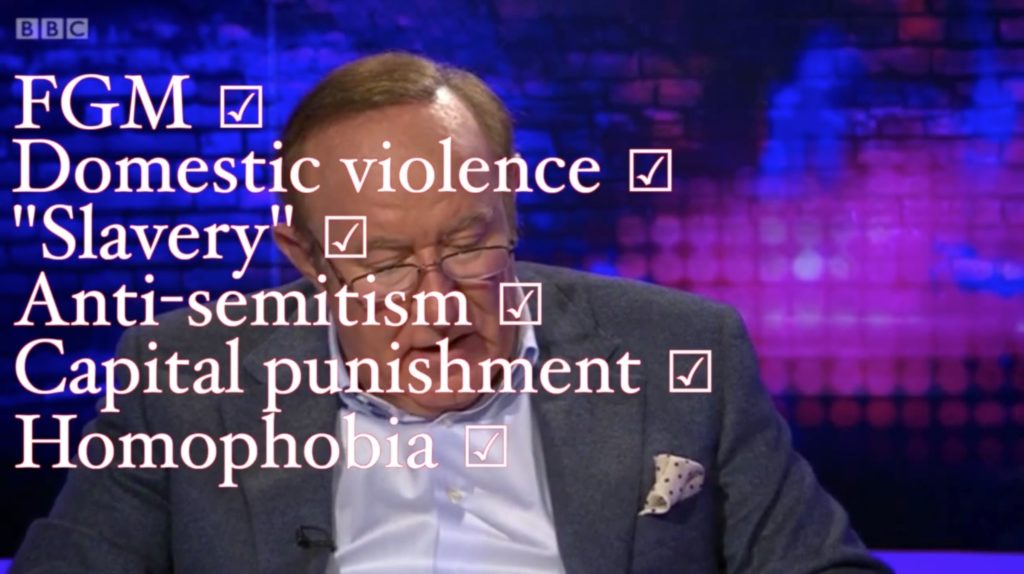 What you’re about to see is a pack of obedient defenders of the security and political establishment on the BBC, enraged by advocacy group CAGE’s revelations that the out-of-control security services in Britain acting without impunity have led to making Britain less safe from the threat of terrorism.
They are clearly infuriated that this peasant dares challenge the masters’ narratives surrounding terrorism – that it is caused solely by individuals’ religious beliefs/”extreme” ideologies (whatever that means), instead of a combination of factors including the disenfranchisement and alienation of young people with legitimate political grievances.
Notice how, after failing to challenge any of the facts, they resort to trying to stir up hatred against Asim Qureshi as an individual, attempting to smear him with allegations of “jihadism”.
Perhaps one day the nation’s broadcaster—funded by the people—will actually deal with facts and arguments, instead of the alleged religious beliefs behind the people articulating them.
Cage UK
Share. Facebook Twitter LinkedIn Email Telegram WhatsApp
Previous ArticleAre we turning into ‘Me, Myself & I’ Muslims?
Next Article The futility of the anti-Islamic movement