Egypt: The Return of a Pharaoh 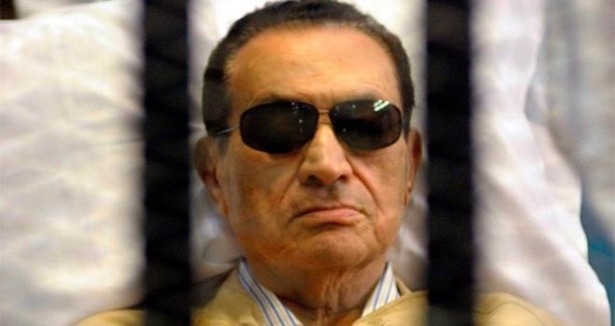 But for every Pharaoh, there is a Musa, and for the people of Egypt, there will be salvation insha’Allah, although it will come at a cost.

For those of us who lived in Egypt recently, the events that are currently unfolding were actually seen brewing quite some time ago. Much of today’s brutality does not come as a surprise unfortunately. It was just a few months ago when my own aunt was robbed by an armed man as she walked home. He held a machete to her neck, grabbed her bag and threatened to kill her if she fought back. He ripped her hijab and her niqab (face-veil) off and threw her viciously to the floor. Thankfully he didn’t have a chance to do more damage as two men shouted from a nearby building and he simply walked away, without fear. What was surprising though, was the fact that despite many calls to the police, they did not turn up. We ran to the crime scene, we then went in different directions for help, we went into pharmacy stores and dialled for the police, but they failed to come straight away (they turned up after hours). As crowds gathered around my aunt, and helped pick up her torn clothes, a man came to her, lifted his shirt and pointed to a bandaged wound on his back. “You were lucky,” he said, “I was mugged here just last week by a thief, but he actually did stab me. The police did not come to help.” I had been hearing of many incidents of muggings, burglaries, and armed criminals, but that day I realised something very sinister had began. Security, for all intent and purpose, had been decreased, and thugs were now on the scene and they carried a horrifically surprising level of confidence. This explains the phenomenon of the ‘Baltagiya’ (thugs) that we see in today’s chaos and mayhem. It isn’t just the army that is killing its people, but the thugs who’ve been given the license to kill are also responsible for many of the deaths

I have been a private student in Nasr City over the years, living and mixing with locals, and in 2012, I too cheered along with the people when Morsi came into power. Not because I was a member of the Ikhwan, or that I was an Egyptian – I am neither. But I didn’t have to be to see the relief and happiness of the people. A lot that I met and spoke to were not Ikhwani, but they were just glad that Egyptians could finally choose their own leader and the country could progress forward.

But then the problems started. It wasn’t just security and police presence that had been lowered. But water issues had began to crop up, gas and electricity worsened, and management had generally become shoddier. This wasn’t the fault of the new President or the revolution, but it was becoming increasingly clear that some people some-where were doing everything they could to dismantle and sow seeds of unhappiness in the general public, all in the hopes of it reflecting back badly on current rule. And indeed it did.

For several years, I used to go past and at times pray in Masjid al-Rabi’a and I often witnessed the incredible fortress that it was in society. Al-Rabi’a was a place where the poor would be fed on a regular basis, the homeless used to take shelter in it, the charity-givers would visit it hoping for some reward, and the ill were treated at its low-cost hospital often for free. But the 14th of August was the bloody day that witnessed armed men move in after shedding much blood outside, and it witnessed the burning of the House of Allah down to cinders, along with the hundreds of corpses that it held inside. This was a message firstly to the people of Madinat Nasr – a town known for its religiosity and conservative ways, a town housing a number of the Ikhwan. The fortress of al-Rabi’a which had been a towering figure throughout the sit-ins, remained so until the very last martyr; holding its worshippers tightly like a mother holding her dying child.

“And who is more unjust than those who forbid that Allah’s Name be mentioned in His Mosques and strive for their ruin? It was not fitting that such should themselves enter them (Allah’s Mosques) except in fear. For them there is disgrace in this world, and they will have a great torment in the Hereafter.”[1]

However, it didn’t stop at al-Rabi’a. Masjid al-Iman and Masjid al-Fath also bore the tyranny of the military coup as the minbars took the suffocation of tear gas canisters and the minarets took bullet after bullet, and its refugees witnessed martyr after martyr. Mosques across the country were then taken up as a symbol of defiance and unity and as estimated, the masses pushed back as powerful waves from the doors of at least 28 mosques nationwide.

As difficult as it is to say this, the massacres at Rabi’a, al-Nahdah, Ramsis, and other parts of the country were not done haphazardly. It was part of an execution that had been planned beforehand by an army and a police force still loyal to their military man and president of the previous regime. Hosni Mubarak may be behind bars today, but he is still very much operative in the form of his man and loyal friend, ‘Abdul-Fattah al-Sisi, and tomorrow he will re-emerge.

But for every Pharaoh, there is a Musa, and for the people of Egypt, there will be salvation insha’Allah, although it will come at a cost. Shaykh ‘Abdul-‘Aziz al-Turayfi recently wrote, “There is no salvation from the punishment of Allah. Pharaoh killed the newborns of Egypt out of fear that Musa would be born, and Allah made it such that he (Musa) would be raised in his home and nurtured by his wealth.” Today we are witnessing just that. To date, 4 or 5 children of high-ranking members of the Muslim Brotherhood have been purposely singled out, targeted, and killed. The army has an agenda to sever the Ikhwan movement from its roots, take out any offspring that can continue the struggle, and remove its memory from the next generation. But for a movement that has existed for more than 80 years, that has struggled, strengthened itself and survived the brutality, oppression, and repression of leaders long before al-Sisi and Mubarak, it is an agenda that will not succeed easily. The movement – like every other movement – has its own methodology that is subject to agreement and disagreement, but there is something to admire about them, and that is their love and sacrifice for Islam and da’wah.

Today in Egypt, it really is upon the Muslims who wish to see Islam included in the future of the country to support their brothers and honour the martyrs. Putting aside differences, it is clear that that the battle of old between Pharaoh and Musa is repeating itself as Rabi’a al-‘Adawiyyah, al-Nahdah, Ramsis and other places witness the unarmed civilians killed and fall down dead all because they wish to see ‘La ilaha illa’Allah’ raised in the country, and for their rightful leader to be reinstated. The greatest treachery and breach of loyalty is to turn away from your brother at the point of death and side with his killer. I was dismayed to hear voices of people who pray as much we do, who revere scholars and Islamic scholarship as much as we do, but who betrayed the trust of brotherhood in the hour nigh. It is hypocritical and from ignorance to consider the brutal army as being the legitimate figure of authority when events show us clearly that they were never a rightful authority, nor did they deserve that. They are a group who took up arms against the Muslims, betrayed their leader, and went out against him in enmity. To thus support them means to wash your hands in the same blood that they have shed unlawfully, and to remain silent about their actions means to give your consent to a marriage like the virgin bride-to-be.

The Prophet (sallallahu `alayhi wa sallam) said, “Whoever takes up arms against us is not from us.”[2]

But dictators and the hypocrites who side with them, never learn. The more force they use, the stronger the waves return. The more they kill and oppress, the more they ignite the fire in people’s hearts. The more they subjugate and repress, the more they force out the Musa from among the masses. And the more they stomp their oppressive boot on the ground, the more they shake that ground beneath their own feet. A President was democratically elected after decades of state repression, but democracy has failed Egypt. Not because of the masses, but because the ‘Democracy’ that the West keeps pushing down the throats of Muslims world-wide is one that is highly intolerable of Islam and incapable of giving it due ground or due rights to lead a country and be a legitimate authority in the land. We have seen example after example that when this happens, the West and its allies raise the dreaded ‘Terrorism’ card and it all crumbles apart.

As I watch the events unfold in Egypt, I can’t help but see many parallels in the story of Musa. As the powerful but deceitful Egyptian media and the elite powers-that-be twist and tell tales against the protesters, eventually raising the red ‘terrorism’ card like their Western fathers, there were two verses that particularly struck me:

The first is when the chiefs of Pharaoh cry out in incitement against the innocent: “…Will you leave Musa and his people to spread mischief in the land, and to abandon you and your gods?” He (Pharaoh) said: “We will kill their sons, and let their women live, and we indeed have power over them.”

And the next is the verse after; and this is the only thing left for us to say to the people of Egypt: “Musa said to his people: “Seek help in Allah and be patient. Verily, the earth belongs to Allah. He gives it as a heritage to whoever He wills of His slaves, and the (blessed) end is for the righteous.”[3]

As for that powerful and deceitful media, I have one befitting verse for them: “He (Pharaoh) said: ‘Throw!’ And when they threw, they cast a spell upon the people’s eyes, and overawed them, and produced a mighty spell.”[4]

The Pharaoh of today’s Egypt has his magicians in the form of al-falul (remnants of the previous regime) and the Egyptian media, and for months they have been working hard to brainwash and cast the spell of enmity against their brothers, such that they do not even feel shame when they see innocent blood being spilled. But as the story of old tells us: it is Musa who will be aided and it is the righteous worshipers of Allah that will be given the land as inheritance.