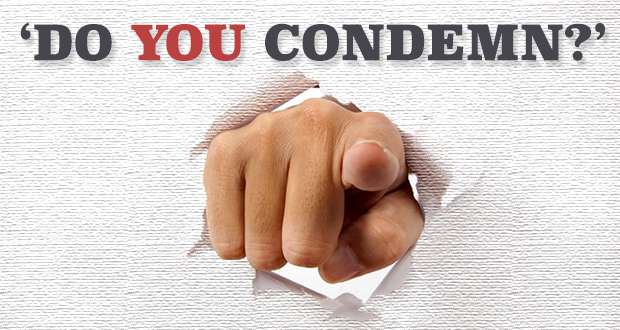 In the second year after the Prophet Muḥammad’s (sall Allāhu ʿalayhi wa sallam) migration from Makkah to Medina, when hostilities between the Quraysh and the fledgling Muslim community in Medina were at a peak, the Muslim community was faced with a controversy which struck at the heart of accepted norms and morality in the Arabian Peninsula. A small platoon headed by ʿAbdullāh b. Jahsh reached a region called Nakhlah, where they encountered a trade caravan belonging to the Quraysh, who of course had confiscated the homes, properties and businesses of Muslims from Makkah. The platoon attacked the caravan, confiscated its goods and took two men as prisoners of war, who were later released. The third man, ʿAmr b. Hadrami, was killed in the attack.[1]

The controversy here was not the fact that an attack took place. The controversy here was that the attack took place in the final day of Rajab, one of the four sacred months of the Islamic calendar wherein fighting and killing was strictly prohibited. The Arabs recognised the sanctity of these months and the Qur’ān confirms this tradition. The incident left the Muslim community feeling anxious and distraught that one of their own had violated the accepted norms and morality of the Arabs. The Quraysh also took this as an opportunity to intensify their propaganda against the Prophet Muḥammad (sall Allāhu ʿalayhi wa sallam). The response from the Qur’ān was succinct, balanced and comprehensive:

“They ask you about the sacred month – about fighting therein. Say, “Fighting therein is a great sin, but averting [people] from the way of Allāh and disbelief in Him and [preventing access to] al-Masjid al-Harām and the expulsion of its people therefrom are greater [evil] in the sight of Allāh…”[2]

This verse provides a blueprint for the turbulent times we find ourselves in today. The Qur’ān unequivocally condemns major sins which, in this case, was fighting in the sacred months, but that condemnation was fair, balanced and universal. One group of people should not be exempt from criticism while another are subject to intense scrutiny. The verse not only emphasised the strict prohibition of violating the sacred months, which the Muslims had been accused of, but also reiterated that averting people from the way of Allāh, disbelieving in Him and preventing access to the sacred mosque while expelling its inhabitants were also major sins.

This famous incident from the sīrah, of course, is not intended to bring any blemish on the nobility of the Companions. Ibn Kathīr explains that the platoon were confused about whether they were still in the sacred month or had moved to the next month, and they feared not fulfilling their mission. Their actions were in good faith and they were the best of generations brought forth to support the best of Prophets, and even their mistakes are destined as a valuable source of moral lessons and guidance for all times. But the incident does teach us that the utmost priority is always to clarify the truth and be balanced in our condemnations.

The killers in the recent Paris attack chose victims who were their fellow European citizens who shared a covenant of security with them only to be betrayed and gunned down in cold blood. They were in positions of trust in their society, enabling them to travel freely, and they exploited that trust in the most deadly way possible. Acts like these are being marketed as though they were committed in the name of Islām by Islamophobic journalists and politicians, and ethical justifications by the killers are directed towards this being the context of warfare. Without going into a juristic refutation, just observing the consequences on innocent Muslims in the west both by fellow citizens (such as the staggering 100+ islamophobic attacks since[3]) and the governments at large (more anti-Muslim rhetoric and legislation) alone carries significant weight to debunk the attempted legalising of such tactics. This is not to even mention the consequences it has on innocent Muslims being bombed by French airstrikes in revenge attacks.[4]

The Prophet Muḥammad (sall Allāhu ʿalayhi wa sallam) suffered torture and extreme provocations for thirteen years in Makkah but did not retaliate physically until he was established as the Head of State in Medina. Commentators often quote that the reason for this was that the Muslims were too weak in Makkah, but this does not do justice to his context. The Prophet Muhḥmmad (sall Allāhu ʿalayhi wa sallam) had a loyal band of followers who would have immediately acted out any command given to them. He also had the tribal protection of Banū Hāshim, one of the most eminent tribes of Quraysh. One of the most important wisdoms of the Prophet Muḥammad (sall Allāhu ʿalayhi wa sallam) not retaliating is that guerrilla warfare of this kind, where citizens of a society inflict death and destruction on their fellow citizens, is totally counter productive. It achieves no long-term strategic military goal, creates chaos in a society, and only empowers the elite to bring about more draconian laws against their subjects. More importantly it closes off the avenues for da’wah as the general populations become obsessed with security and a heightened mistrust of Muslims takes hold, preventing the channels of da’wah.

It is no surprise that the attackers were not known for their piety and commitment to Islām.[5] Even the most basic level of faith inspires within you compassion for fellow human beings, an abhorrence of betraying those with whom you share a treaty of peace, and a need to fulfil your trusts towards others, irrespective of how they treat you. Consider how the Prophet Muḥammad (sall Allāhu ʿalayhi wa sallam) suffered torture and the death of his followers and family in Makkah but still left ʿAli in his bed before migrating in order to return the trusts and valuables given to him by his fellow Makkans. Prior to Prophethood he was simply knows as ‘al-Sādiq al-Amīn’ (the Truthful and Trustworthy). This trust is pivotal for conveying the message of Islām to fellow citizens and we should have no illusions that the primary purpose of Muslims living in the west is for da’wah. The French people, like all human beings, have a right to consider and access the message of Islām based on mutual trust and respect.

Socio-political commentators have sought to analyse the reasons why some European Muslims have turned to Daesh, either in terms of travelling to their strongholds in Syria or being attracted to their ideology. Social alienation, prejudice, poverty, and broken families have all been put forward as reasons. The simple fact is that the Prophet (sall Allāhu ʿalayhi wa sallam) and his companions suffered the most crippling boycott for three years in the valley of Abū Tālib during the Makkan period. There is not a single reported case of a companion becoming despondent, challenging the leadership of the Prophet (sall Allāhu ʿalayhi wa sallam), or wavering in their trust in Allāh’s promise.

In the very same vein we need to recognise that no people have a monopoly on suffering and tragedy. The French establishment has a shameful colonial past. During 132 years of French subjugation, a staggering 1.5 million Algerians died, mostly in aerial bombing raids and ratissages – a term used to describe army units which combed through cities and towns slaughtering civilians. In the close proximity of Château de Vincennes, a castle just outside Paris, concentration camps were established for dissident Algerians. Some were lynched and hanged from trees by police in the Vincennes woods. The killing by police of more than 200 Algerians during a demonstration on a single day in Paris in October 1961[6] is surely just as tragic as the 130 victims in Paris in 2015. Many on that fateful day in 1961 were beaten unconscious by the Police and then thrown into the River Seine and left to drown. A sombre plaque was placed on the Saint-Michel bridge in October 2001 by the Mayor of Paris[7] in commemoration of the massacre, but you will not find a call for a national minutes silence to reflect on the victims, there will be no international outpouring of support, and there certainly will be no call to root out racism across the French police.

In 2013 the current French President, François Hollande, deployed French troops to the Central African Republic (CAR) in what was heralded as a ‘peace-keeping mission’ called Operation Sangaris. The poisoned legacy of French colonialism in the CAR has been one of the most violent and failed states in Africa. Half a century has seen five coups, a self-declared emperor whose lavish coronation was inspired by Napoleon, and barely functional infrastructure and institutions. Its natural wealth of gold, diamonds, timber and uranium has only served to enrich foreign mining companies with little residual benefit for indigenous people. Sectarian strife between Christians and Muslims have been rife with the most recent cases of ethnic cleansing carried out by Christian militia known as the ‘anti-balaka’, targeting Muslim population centres. At the start of 2014, a quarter of the country’s entire population was internally displaced. Villages emptied of their Muslim populations, with homes looted and mosques torched. In the capital, Bangui, the Muslim population dropped from up to 145,000 to just 900;[8] all of this in the presence of French ‘peace-keeping’ forces and African union ‘peace-keeping’ forces.

Human Rights watch issued a warning of ‘Horrendous killings in south western Central African Republic’ and Amnesty International has warned of ethnic cleansing and a Muslim exodus of historic proportions. But in case you thought French complicity was restricted to inaction alone, in April 2015, a senior United Nations aid worker, Anders Kompass, was suspended[9] for disclosing to French prosecutors an internal report on the sexual abuse of children by French peacekeeping troops in the Central African Republic. The report details harrowing accounts of orphans subjected to sexual exploitation, including rape and sodomy between December 2013 and June 2014 by French troops at a centre for internally displaced people at M’Poko airport in Bangui.

Because of that, We decreed upon the Children of Israel that whoever kills a soul unless for a soul or for corruption [done] in the land – it is as if he had slain mankind entirely. And whoever saves one – it is as if he had saved mankind entirely. And our messengers had certainly come to them with clear proofs. Then indeed many of them, [even] after that, throughout the land, were transgressors.[10]

When reflecting on the verse of Sūrah al-Baqarah, it is easy to overlook the simple fact that Allāh describes ‘averting [people] from the way of Allāh and disbelief in Him…’ as sins even greater than killing. Rightly so there has been indignation at the taking of 130 innocent lives in Paris. Rightly so there has been indignation from the human rights organisations that highlight the plight of Muslims in CAR. But how many people feel indignation at the systematic and sustained attempts to avert people from the way of Allāh and pollute the purity of the message through caricatures, movies and a media machine with a single goal.

This is because of the moral truism that the ethical value of our actions is linked to their anticipated outcomes; as the maxim of fiqh states, al-umūr bi al-ma’ālātihā (actions are judged by what they lead to). We must condemn more vociferously the crimes committed by our own governments because we supposedly have the ability to hold them to account, influence them and bring about some change. Although we still speak out against evil actions committed by ISIS on our own terms, one would be forgiven for assuming it would have absolutely no effect on them.