Are you ready for our first ever NATIONAL CAMPAIGN?
Home / Comment / BBC vs. ‘The Deobandis’ – My Response 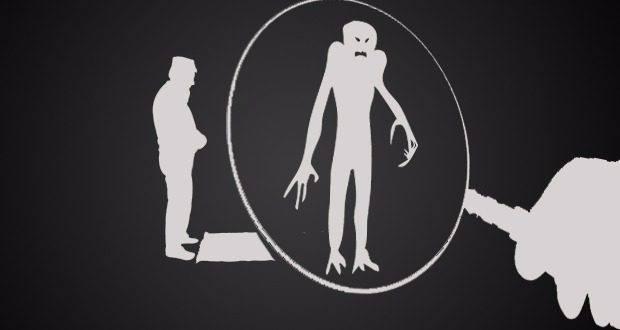 BBC vs. ‘The Deobandis’ – My Response

I love a good drama. After much hype and social media chatter, I settled down to listen to the first of a two-part series on Radio 4, ‘The Deobandis’.[1]

I listened intently and was engrossed from the beginning. In fact, with the eerie music and sinister overtones, I thought I had accidentally tuned in to the afternoon drama. These thoroughly nasty ‘Deobandis’ were the villains and our intrepid reporter, Owen Bennett Jones, went out to expose their dastardly deeds. All the ‘actors’ were hand-picked and perfectly cast to support the plot which thickened and ended with the distinct hint of links to terrorism – to be continued in next week’s thrilling instalment. It left me cursing these so-called, ‘Deobandis’.

This term ‘Deobandi’ seems to have become the new buzz-word in the right wing press and the BBC.  In fact, ‘Deobandis’ are their new target.[2]

The programme painted a picture of a UK-based ‘Deobandi’ organisation which has a leader, a structure consisting of numerous seminaries and mosques, affiliates, command and control, communications and membership. In reality, this is far from the truth. Many of the mosques and seminaries are far removed from the original DārulʿUlūm in Deoband. In fact, I guarantee you, had the reporter bothered to go to a ‘Deobandi’ mosque and asked a worshipper – “Are you a Deobandi?”  The response would probably have been, “No – I am a Surti” or “Bharuchi”.

The majority of the stated 600,000 so-called ‘Deobandis’ in the UK do not even know that they would be classified as ‘Deobandis’.

With that being said – let us now turn our attention to the cast of this wonderfully produced drama.  First of all, let us consider Mufti Mohammed Amin Pandor’s contribution. He was very pleasant, and tried his best. Little did he know that, despite inviting Owen into his house for a cup of tea, it was not going to be a chat about last night’s football. Owen asked challenging and unexpected questions which seemed to fluster Mufti Saheb, and his responses were then cleverly edited in such a way as to support the key thrust of the programme.

The contribution from the Abu Bakr Boys School, Walsall, was excellent and was the one highlight in an otherwise unbalanced and biased program. The Deputy Head, and the boys who took part, clearly portrayed a school full of passion, enthusiasm and a desire to produce excellent future British citizens.

However, the other contributors were very much true to form, based on very simple background checks done through Google searches of each one.

Aliyah Saleem is a well-known Muslim-turned atheist.[3] The programme tried its best to insinuate that her atheism was as a result of her Islamic boarding school experience.  However, Aliyah herself explained that her Islamic belief and identity continued after school and was only ended as a result of her picking up and reading the book, ‘The God Delusion‘ in college.

She proudly states, “I have now been Godless for around six years. I now dance, listen to music, go out at night, wear whatever the [—] I like and do as I please.”

Thus, Aliyah’s leaving of Islām was evidently driven by her pull towards her whims and desires. She found her inclinations did not fit into the parameters set by Islām. This intellectual ‘enlightenment’ individuals such as this claim to have reached, when compared to the most astute scientists and intellectuals accepting Islām on academic grounds, is the perfect cover up. In fact, this is the common theme in the entire programme: how can we force-fit our carnal values into a religion that regulates them – thus, the programme’s focus on the ḥijāb, music, free-mixing, lowering of the gaze, participating in festivals and rules around marriage.

In fact, desires are always the driver behind specious views. If ever you come across an ‘ex-Muslim’, looking at their relationships, desires and personal grievances would prove a far more productive illustrative method than opening up such a debate on religion.

“And when they commit an immorality, they say, “We found our fathers doing it, and Allāh has ordered us to do it.” Say, “Indeed, Allāh does not order immorality. Do you say about Allāh that which you do not know?”[4]

The next ‘expert’ introduced was Dr Philip Lewis. He is well-known in his opposition to Tablīghi Jamāt. In fact, in an article written as far back as October 2008, he stated

“Tablīghi Jamāt are isolationist, patriarchal and [have] a narrow reading of Islām that leaves it vulnerable to extremists.”[5]

Listeners also found that even Sheikh Musa Admani has been working to address the issue of Radicalisation since 2006.[6] Sheikh Admani has been a key protagonist in petitioning the Home Office and key academics to supervise and control Islamic Societies at university.[7]

Thus far, pretty much all of the cast members of this drama could have been hand-picked merely through their well-documented history. However, my biggest concern was the contribution of Mobeen Azhar, the journalist. His was the most damning of all the contributors. He professed to be a barelwi turned Tablīghi Jamāti in his youth. He stated that members of Tablīghi Jamāt would say that their sect was the “one true sect – everyone else is condemned to Hellfire – we are destined for Heaven”.

He further suggests that he reach such point of unwitting hypnosis that he would go home and tell his Barelwi mum to wear a “ḥijāb” and his dad that his practices were a “bidʿah”. His statement then expounds the sentiment that, when going to college, he became disillusioned with Tablīghi Jamāt so much so that he had some pretty vitriolic things to say about them.

In the era of social media and biographical accounts on the Internet, together with him being a journalist, I thought I would find some record of his Tablīghi Jamāt past. In fact, his biography on the BBC website makes no mention of this claimed Tablīghi Jamāt experience in his childhood at all. Very strange, I should say.[8] In fact, the only open declaration I could find on the Internet was the fact that he is gay.[9] (See my suggestions on the reasons for Aliyah Saleem’s distaste for her former religion).

All this is very intriguing from a man who seems to document and record all aspects of his life on the Internet, even his own sexuality. And yet, he makes no mention of his allegedly, very unhappy experience with regards to his involvement with Tablīghi Jamāt.  This begs the very natural question – was Tablīghi Jamāt ever even part of this 35 year old’s very colourful past?

I love a good drama – I can’t wait for the next instalment.

Previous: The Scandal of the Panama Papers
Next: A Contract Every One of us Signed