Ofsted & the Return of the Spanish Inquisition 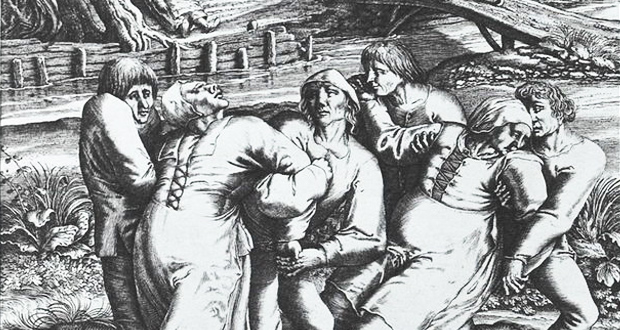 The Spanish Inquisition was established in 1478 by Ferdinand II of Aragon and Isabella I of Castile with the express purpose of imposing orthodox Catholicism in the religiously diverse and thriving former Muslim territories of Spain. The Alhambra Decree of 1492 ordered the expulsion of practising Jews from the Kingdoms of Castile and Aragon after a prolonged period of religious persecution and pogroms. The 1502 decree imposed forced conversion to Christianity or expulsion for the Muslims of Granada. By 1609, even the forced converts from Islām to Christianity, known as the Moriscos, were ordered to ‘depart, under the pain of death and confiscation, without trial or sentence… to take with them no money, bullion, jewels or bills of exchange…. just what they could carry’.[1]

The genocide, forced conversion, and eventual expulsion of Muslims and Jews in Spain did not occur overnight. There was a gradual process of dehumanisation which vilified their faith and facilitated torture and murder on a mass scale. A key plank in this strategy was the sexualisation of orthodox Muslim practises. The hijāb, which for centuries had been a symbol of spiritual purity and empowerment for Muslim women, defining their identity in terms of their relationship with God not in terms of the gratification of men, was outlawed with the threat of exile. Matthew Carr, in his book ‘Blood & Faith: The Purging of Muslim Spain’, comments:

‘Another decree subsequently prohibited Granadan tailors from making “Moorish” clothing. Such legislation was particularly concerned with female attire. On July 29, 1513, a decree condemned the fact that Morisca women continued to “walk with their faces covered” and gave the female population a two-year grace period to allow their almalafas to wear out. After that, any woman seen with her face covered would be subject to an escalating series of punishments, from the confiscation of the offending garment at the first offense, to flogging and banishment.’

Carr further states that, ‘Spanish clerics once associated the almalafa with female sexuality and saw it as a threat to Catholic morality and virtue.’

Return of the Inquisition

This time it is not through royal decrees and edicts but through the same government regulatory bodies which were established to protect our rights as citizens.

Head of Ofsted, Amanda Spielman, issued an instruction to her inquisition teams in late November to enter schools with Muslims girls as young as four and interrogate them about the reasons for their decision to wear a hijab. The Chief Inquisitor had already pre-empted the outcome of these interrogations by suggesting that the hijāb represented ‘sexualisation of young girls,’[2] an incendiary remark, straight from the Spanish inquisition handbook of religious intolerance. Of course you will not find guidance on this matter in the Ofsted inspection framework. There has been no training for inspectors to approach these matters of cultural and religious significance with sensitivity and care. This announcement is about reinforcing ancient unfounded and bigoted stereotypes and appeasing a far right media which applauded her comments and sensationalised the story. In fact, the origins of this announcement can be traced back to a meeting Spielman held with a number of self-interest groups with a hatred of orthodox Muslim practises, including Amina Lone from the Social Action and Research Foundation who asserted that the hijāb had no place in schools.

Education policy is being made on the hoof, institutional racism is reaching the very top, and there is a callous disregard for the well-being of children – that pretty much sums up the legacy of Michael Gove and Ofsted in its current form.

In 2012 Chris Keates, the general secretary of the NASUWT, one of the largest teaching unions in the country, claimed that Ofsted had become a ‘political weapon’[3], and nobody regarded it as independent anymore. 5 years later, things have only gotten worse. The sad reality is that when institutions such as Ofsted and the Charities Commission become hijacked by a highly potent minority, often funded by foreign interest groups, and lose their independence and integrity, everybody suffers. Spielman should be addressing as a first priority, under her safeguarding remit, the endemic levels of sexual harassment of young school girls by fellow students in schools.[4] She should be addressing the chronic underachievement of white working class boys which is leading to feelings of isolation, disempowerment and vulnerability to far-right extremism.[5] She should be addressing the gradual decline of attainment in key subjects such as Science and Mathematics which is stunting economic growth and productivity.[6] Instead the Chief Inspector of the regulatory body of all schools in the United Kingdom considers the major challenge of our times to be a headscarf worn by four year olds.

Little wonder that as early as July 2016 the House of Commons Education committee rejected the government’s appointment of Spielman stating:

Amanda Spielman has a broad range of experience but failed to demonstrate to us the vision and passion we would expect from a prospective HMCI. The new HMCI will face the task of leading Ofsted to raise standards and improve the lives of children and young people, and we were unconvinced that Ms Spielman would do this effectively.[7]

Obsession with the female body as an object of sexual gratification

What this debate really reveals is that there are sections of our society obsessed with the female body as an object of sexual gratification. They can only see the hijāb through this lens. They cannot conceive that a woman would have higher spiritual goals in choosing the clothing she wears. They cannot conceive that women have an equal but distinct responsibility before their Creator to worship Him and venerate Him.

Erosion of the family unit and parental rights

Since when did it become a problem for parents to decide what their children wear? Every morning in a cold winter morning there are hundreds of thousands of children stomping out of their homes with hats, gloves and scarves which they are convinced they do not need to wear, but it is the adult parents who make decisions on behalf of their children regarding what clothing is in their best interests: In terms of their health, in terms of their self-image, in terms of their dignity. I am sure there are plenty of children who would love to leave their homes for school while wearing their favourite football team kit, or their favourite princess dress, but it is we, as parents and guardians with legal responsibility for the welfare of our children, who decide what they should wear. This announcement is symptomatic of the ongoing erosion of parental rights across our society for Muslims and non-Muslims, wherein schools, regulatory bodies, the media, politicians, sports starts, the fashion industry and everybody else, with the exception of the people who truly love and know their children, are defining our children’s identity and telling them what they can and cannot do.

Europe has an abysmal record of religious tolerance with Muslims, Jews and even Catholics subject to forced conversions, expulsion and genocide at one stage or another. It really is now time to join the growing tide of discontent and take proactive steps. In response to Spielman’s remarks, a recent letter signed by 1,136 teachers, academics and faith leaders said, ‘It is a kneejerk, discriminatory and institutionally racist response that will violate civil liberties and create a climate of fear and mistrust in schools, and must be retracted immediately.’[8]

What can you do?

1. Write to your child’s school clearly expressing that your child is not to be interviewed by any Ofsted inspector or staff member, who is seeking to question them regarding their religious practices or views without your presence. The following is an example email/letter template

I am writing to express my shock and dismay at the recent announcement by the Chief Inspector of Ofsted, Amanda Spielman, who described the hijāb as ‘sexualisation of young girls.’ I find her comments repulsive and institutionally racist, and at complete odds with the values and ethos of your school. I am very concerned about my child’s well-being and the possibility of my child being made to feel like a second class citizen whose religion and identity is not valued or respected in our society. Therefore, I would like to state that as my child’s parent and legal guardian no Ofsted inspector or staff member is to question my child regarding their religious practices or views, without my presence. If an Ofsted inspector or staff member wishes to question my child regarding their religious practices or views I will need to be contacted and a mutually convenient time organised for such questions when I can be present.

2. Join the action alert from MEND and write to Ofsted and your local MP to formally complain

3. Get more involved in the life of your school. It is important that you build positive relationships and develop trust and mutual respect.