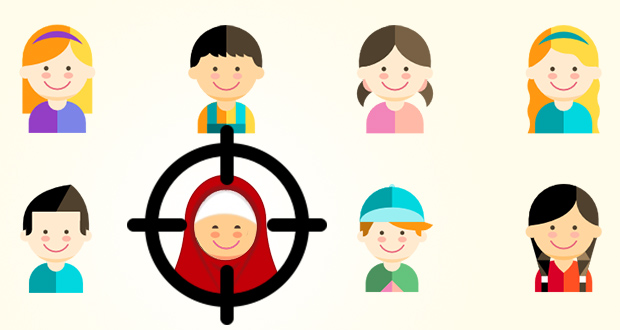 The 4-minute video published in the Times Online, of the Headteacher and Chair of Governors of St Stephen’s Primary School basking in their own bigotry in banning the hijab and fasting for Muslim students is probably the most succinct advert for Islamophobia in education.[1]

With the innocent backdrop of children playing and bright colours in beautifully adorned corridors, we are subjected to what can only be described as a tirade of Islamophobic views from the school leadership which show breath-taking arrogance and contempt towards the parent body.

A school in the news

The large state primary school in Upton Park in the London Borough of Newham has recently been in the press for good and bad reasons. Based in one of the most deprived areas of the country, with high unemployment and a very diverse population, St Stephen’s surprisingly topped the Sunday Times League Table in November 2017 for the end of Year 6 national SATs tests.[2] A testament not only to the hard work of the teachers but also the support and high aspiration of parents.

This was a great achievement for this overwhelmingly Muslim state school, based in an area that faces many challenges, shattering racist and classist narratives and expectations. However, perhaps because of this success, the school has become the locus of the latest xenophobic attack on “otherness”. The school hit the headlines again recently and is being spoken about up and down the country for the wrong reasons.

In a Times article on Sunday 14 January, Headteacher Ms Neena Laal gloated that the primary school has become the first in the country to ban hijab for girls under the age of eight. Arif Qawi, the Chair of Governors for the school also mentioned how they have banned fasting in Ramadan for all their students too.

St Stephens deserves recognition for outstanding academic achievement, but that is not the one and only aim of schools. Schools have a responsibility to develop the identity and confidence of our children, not to launch an assault on their religious and cultural heritage. The majority of the students who attend this school and their families are Muslim. What message does it give to them and their sense of belonging in society when policy after policy is targeting them alone with punitive measures?

We have the banning of the hijab and the banning of fasting. What will there be next? A ban on the name ‘Muhammad’ and ‘Aisha’? In the entire video we hear nothing about Jewish Skull-caps or Sikh Turbans being banned because this ban is not about the welfare of children, it is about people in school leadership positions injecting their personal prejudices in policy.

An ignorant and xenophobic view of “Britishness”

The Headteacher complained that a survey she carried out revealed how few children self-identified as British. These results are hardly surprising when the school projects such a hostile view of British identity; comprising largely of intolerance towards orthodox Muslim practises such as the headscarf and fasting. Had the school leadership been open, inclusive and respectful towards all religions and the parent body, and promoted the key British value of ‘mutual respect’, the Headteacher would have undoubtedly found many, many more hands being raised.

If she  understood that children’s thinking is often literal and one dimensional and they often confuse questions like ‘are you British’ to being synonymous with a question about your home language or ethnicity, she would have understood why so few children responded in the affirmative. Had she asked ‘Are you Muslim and British?’ she would have found virtually all Muslim children raising their hands because there is no contradiction between the two and identity, by nature, is multi-layered and complex. Asking about one to the exclusion of the other impresses on the child’s mind exclusivity — that adhering to one necessitates giving up the other.

It would not be surprising if the children acquired the assumption that being “Islamic” and “British” were mutually exclusive given the apparently uneducated statements the Chair of Governors has made betraying a binary worldview:

“I am on a personal crusade to severely limit the Islamisation process, and turn these beautiful children into modern, British citizens, able to achieve the very best in life, without any restrictions and boundaries.”[3]

Hearing the school leaders talk about how ‘fortunate’ we Muslims are to ‘be here’ sounds exactly like the far-right extremist views which are celebrated by sections of the tabloid press. All of us, regardless of religion or race have responsibilities to our fellow citizens and rights which are intrinsic and cannot be taken away or gifted. A Muslim girl donning the headscarf needs to understand that she belongs, that she is British and that she needs to make a positive contribution to society. A white boy with a West Ham shirt needs to understand that he belongs, that he is British and that he needs to make a positive contribution to society.

We do not need people with bigoted views in positions of authority demanding our children justify their stay in this country. How incredible that some of the children in St Stephen’s Primary are second or even third generation British children whose parents were born and brought up in this country, speak perfect English and yet, in 2018, are being asked to justify their Britishness by people who can only define their own Britishness through their prejudices.

Ignorance and arrogance are a poisonous cocktail

One of the most comical moments in the video is the Headteacher justifying the hijab ban due to hindrance of movement, especially in PE. I wonder what Ibtihaj Muhammad would make of that. She is, of course, the first Muslim woman athlete who competed for USA in the 2016 Rio Olympics winning bronze in fencing. Or Doaa Elghobashy, who competed in the same Olympics for Egypt in Beach Volleyball.

It seems that the preferred crutch of any school leader who has a problem with well-established religious practises is to cry out, ‘health and safety’. According to the Chair of Governors, children fasting will jeopardise their health and safety. Based on this assumption, the vast majority of schools across the country that respect the child’s right to express this pillar of Islam are placing their pupils in mortal danger. Muslim parents understand that fasting for a child below the age of puberty is not obligatory but it is an important stepping stone to fasting in adulthood. For the first time children begin to see beyond instant gratification and satisfying impulses, and learn self-control. They feel what millions of starving people across the world face by necessity not choice. Obviously if the fast becomes too demanding the parents only need to ensure that they send their child into school with water and snacks.

You can be British and Islamic

One of the most offensive parts of the video was the Chair of Governors questioning parents, ‘Do you want your daughter to grow up to be like you or like Neena?’ What does that say about his contempt for his own parent body? What does that say about how superficial his understanding of Britishness is? I have 4 children who have been educated in schools in East London, and my eldest daughter is currently attending a College in Newham. If she were ever asked such a ridiculous question which pits her mother against her Headteacher, I hope she would say that her mother, who wears the veil, is born and bred in London, is highly educated and articulate and holds a Masters’ degree, is her role model.

Petition against the bans