The Education Wheel of Fortune 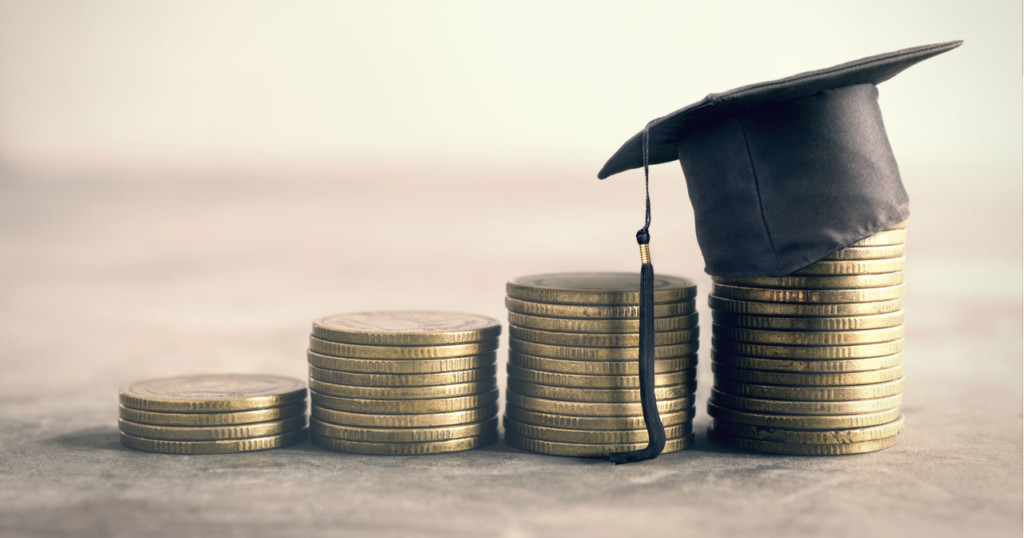 Let’s get started with 3 simple questions which all of us should know the answer to:

If your answers to the above 3 questions were Eton, Eton and Yes then you have failed miserably and scored 0 out of 3. Your teacher report card would say, ‘Stop being so naive and recognise that institutional privilege is now embedded into the exam system.’

Prestigious fee-paying independent schools have always enjoyed privileges above their state school counterparts. Eton college (with boarding facilities) charges an eye watering £32,000 a year per student,[1] while government funding for state school counterparts equates to around £6000 per year.[2] The vast gulf in funding of course equates to these independent schools enjoying smaller class sizes, lower teacher turn-over, far greater and improved enrichment opportunities, superior building facilities, greater learning resources, and the list could go on and on…

Then of course there is the advantage that prestigious fee-paying independent schools have through the networking capability that these institutions provide. Having the wealthiest, and sometimes most intelligent students learning and developing together, while supported by some of the most influential educational institutions in the world inevitably creates a monopoly on opportunity and power. It’s no secret that a staggering 19 out of the 54 Prime Ministers of the United Kingdom have all attended Eton College. It should also be no surprise that 60% of students at Oxford University are from private or selective grammar schools,[3] despite millions of pounds of public money being pumped into making universities more accessible for students from socially deprived backgrounds. The Muslim demographic is such that lack of opportunity for students from deprived inner-city areas disproportionally affects Muslim students and their families.

One might argue that such is the nature of the world. Having more money naturally gives you better access to resources. While that may be true in general, it’s simply not good enough for a publicly funded education system that espouses equality of opportunity for all and seeks to compete on the international stage.

Any parent will tell you that GCSE exams can be some of the most stressful experiences for any young person and the families that try to support them. Late nights, competing for college places, trying to meet family and peer expectations, all add to the intensity of the experience. So consider now, how more distressing the experience becomes knowing that you are not competing on an equal playing field. A student in a comprehensive state school, or even a selective grammar school, will be sitting the new reformed, ‘gold standard’ GCSEs. These GCSEs were introduced by Michael Gove during his tenure as Education Secretary with a view to having more rigorous GCSEs with greater depth and content and without the opportunity for modular exams or coursework. Their counterparts in the prestigious high fee-paying independent schools, already enjoying a whole host of advantages, have no such compulsion. They will be sitting the significantly easier, IGCSE which is an international GCSE qualification that holds no currency in state schools.[4] Independent schools have been exempt from the reforms forced upon the rest of the country since 2017.

The story doesn’t end there. Not only are the so-called ‘gold standard’ reformed GCSEs significantly harder in terms of rigour and breadth of content, but both modular and coursework elements have been largely phased out, which means young people in state schools are sitting significantly more compulsory written exams than their counterparts in independent schools. A very typical state school student in the 2018 exam series sitting a full complement of academic GCSEs would have been subject to over 30 written exams in a short window of around 4 weeks. Little wonder that we are facing increasing mental health problems, anxiety and even suicide attempts amongst our young people.[5]

It appears that while students in the state sector were used as guinea pigs in Michael Gove’s ill-fated educational experiment (according to a charitable interpretation), independent schools have been given unlimited time to adjust accordingly to an unspecified time in the future when their young people will be assessed according to the same high standards as state sector students.

The damage is of course not just to students and their families. Most teachers enter the teaching profession because they want to make a positive difference to young people’s lives. The introduction in 2017 of the reformed GCSEs put tremendous pressure on teachers to deliver outcomes without being given the time or resources to plan accordingly. Introducing changes to an education system which involves greater content, rigour and complexity for exam specifications just before the students are due to sit their final examinations is akin to changing the rules of a race as the athletes are reaching the finish line. No respectable athletics event would accept that, yet we accept it for the vast majority of our country’s young people.

Another master stroke in Gove’s social engineering project, using education as a weapon against some of our young people instead of a vehicle for social mobility, was to change the GCSEs from a criterion based system to a normative based system. What this means is that in the past GCSE grades were defined by criteria, hence an A* in any subject was clearly defined by descriptors. This led to clear goal posts and year on year teachers becoming more experienced at delivering the best outcomes for our students. Gove’s introduction of the ‘gold-standard’ GCSEs were coupled with a change to the grade distribution system to a normative based system where grade descriptors simply don’t exist. The former grading system of 8 grades ranging from A* to G was replaced by the number system with 9 grade points ranging from 1 to 9. These grade points have no descriptors as they are not qualitative measures that can be defined. They are arbitrary numerical cut off points where the results across the country form a normal distribution and a very small pre-defined percentage are awarded the prestigious grade point 9. Hence year on year the standard to achieve the top grades vary according to the relative strength or weakness of the cohort. If a young person is in a very strong cohort nationally it becomes more difficult to secure the top grade and if the young person is in a weaker cohort it becomes relatively easier to secure the top grade. The real problem, however, is that the number of top grades is arbitrarily limited. Even if all the young people in the entire country work hard and meet the highest expectations, only a fixed percentage can ever be awarded the grade point 9. And yes, you’ve guessed it – the students from privileged independent schools, already enjoying a host of advantages, will be sitting relatively easier exams, allowing them to dominate these highly sought after top grades. Social engineering at its ugliest.

I do not begrudge any parent who has been enriched by their creator and choses to spend their hard earned wealth on their child’s education. This is not about pitting one type of school against another, or one social class of people against another. What I do think should enrage all of us is that the summer of 2019 will be the 3rd year in a row where students will be sitting in exam halls for examinations that are significantly different in terms of difficulty, based purely on the ability of parents to afford independent school fees. That is precisely how education is used to widen social inequality instead of increasing social mobility.

Education, like Health, is too important to the country to be left to the whims of career politicians whose support base consists largely of right wing special interest groups. While Gove was unable to put together a coherent and unified education policy that gives equal opportunity to young people of all backgrounds, he did of course manage to redirect considerable resources, and media attention to the famous ‘Trojan Hoax’ scandal; a now discredited claim that Islamists were taking over state schools in Birmingham—playing off imaginary racist fears. Politicians who lack the moral integrity and clarity of thought to rise above Islamophobic stereotypes and bigotry should not be allowed to be in positions of governance. The damage is too great.

The Muslim community at large also now needs to reevaluate its commitment to political engagement. For too long Muslims have trapped themselves in a self-defeating, rhetorical debate about the permissibility and merits of political engagement, while simultaneously being sidelined by a political elite exploiting racist stereotypes. We have had no voice in areas such as education, health, and economic policy and the country as a whole has suffered. Our children in schools have suffered, our patients in hospitals have suffered, and our businesses on the high street have suffered. How do we imagine for a moment that the religion that encourages us to be good to our neighbors, generous to our guests and even remove harmful items from the road, would instruct us to turn our backs on our fellow citizens in the most important spheres of their lives?

The religion reinforces universal principles of integrity, justice, fairness, discipline and public service. The religion builds leaders by default. We now have a duty to manifest this religion in the public sphere.