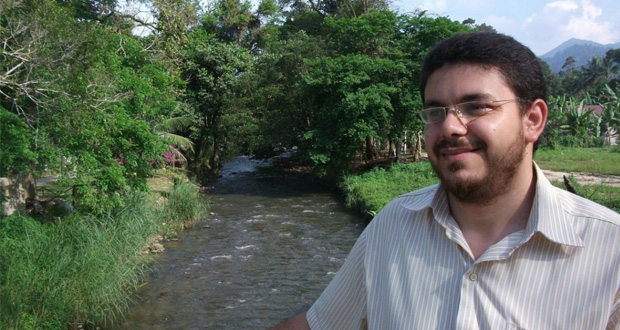 Sheikh Dr Fadi al-Batsh was a man true to his word, an icon of Palestinian bravery and sacrifice, intimately in service of Palestine, but murdered in the Malaysian Capital of Kuala Lumpur, nearly 5,000 miles away.

A scholar and a companion of the Book of Allāh, having committed it to heart and memory, a pioneer in Electrical Engineering, Fadi al-Batsh was killed in cold blood whilst on his way to dawn (Fajr) prayers in the Masjid. Several of fourteen bullets penetrated his body, and whilst Malaysian authorities continue to investigate the perpetrators of this cowardly assassination, it is the hallmark of the insidious ‘Israeli’ Mossad,[1] cowed by their pathological existential complex and encouraged by a pseudo-state, built and fed on murder.

Military analyst in Israel Hayom, Yoav Limor, said: “It is natural to attribute the assassination of Fadi Al-Batsh to Mossad. The target is an engineer who worked for Hamas.”[2]

Fadi al-Batsh, the lecturer and aspiring-Professor was a husband and the father of three toddlers. Al-Batsh graduated from Electrical Engineering with a Bachelor’s and Masters Degrees from the Islamic University of Gaza in 2009 scoring over 85% in each, before pursuing a PhD in the same discipline at the University of Malaya in 2015.

Al-Batsh, loyal to his homeland, transferred his knowledge back to Gaza and had momentous contributions, addressing some of Gaza’s teething power system challenges and established research partnerships between his university in Malaysia and the besieged strip. Asked about why he decided to relocate to Malaysia despite the huge travel and study expense, he replied:

“I decided to risk it, despite not being sure I would obtain a scholarship. At that moment, I recalled the ḥadīth of the Prophet (sall Allāhu ʿalayhi wa sallam): ‘He who follows a path in quest of knowledge, Allāh will make the path of Jannah (Paradise) easy for him.’”[3]

Speaking about his achievements during his studies, al-Batsh indicated that he had published some 30 journal and conference papers and had participated in conferences in all of the United Kingdom, Finland, Spain, Saudi Arabia and of course, Malaysia, heading many of them. Al-Batsh was also awarded the ‘Best Student’ award in the presence of Malaysia’s Prime Minister, Najib Razak.

On the non-academic front, al-Batsh won first place in Malaysia’s 6th International Postgraduate Qur’ān Competition and completed memorising the Qur’ān, with certification (Ijāzah) in the recitations of Shu’bah and Hafs. On top of this, al-Batsh delivered a multitude of sermons at Masājid, schools and universities, with particular focus on enlightening Muslims on issues relating to Palestine. He actively participated in training Malaysian Imāms and Mu’athins. Al-Batsh would later join the panel of judges for Malaysia’s yearly Qur’anic competition held by the ‘Itqan’ Institute in Kuala Lumpur.[4] He achieved all this, and was only 35 years old, by the grace of Allāh.

Some Reflections on the Assassination of Fahad al-Batsh

Al-Batsh stood ‘accused’ of sharing his academic knowledge with Gaza, much of which is already known and documented. Zionist media rushed to allege he was the developer of Gaza’s military drones and technology.[5]

Regardless of his contributions, it is already known that the mere existence of Palestinians is enough of a threat to ‘Israel’ that it sanctions the murder of their service-providers, be they military pioneers, or in the case of al-Batsh and others, civilians. The existence of a ‘state’ established on the homes and corpses of hundreds of thousands of innocents cannot expand but on murder. ‘Israel’ is threatened by Palestinians cognisant of its illegality. Its snipers assassinate protestors who clearly pose no threat whilst shouting with laughter and security of no criminal repercussion; “(look how) he flew in the air.”[6]

The Zionist entity has a disposition to kill not as a result of ‘threats’ but in fear of determination. There is absolutely no explanation for its intentional targeting of women, for instance, except that it fears they will impart determination to their children and inculcate in them a yearning for Palestine. It is a pre-emptive cleansing of self-determined generations.

Failing that objective, Zionist warmongers murder such women’s targetable children when they hurl rocks or draw close to a border fence. But their extermination becomes politically daring and embarrassing. Moral standards or ‘justice’, when anticipated from its government, are met with its Defence Minister saying that the aforementioned sniper “deserves a medal.”[7]

Zionist brutes are shameless in reiterating their immoral standards at the highest level of ‘government’. Anticipating justice from such a government indoctrinated on brutality is futile. In 2015 its Justice Minister tweeted,

“Behind every terrorist stand dozens of men and women, without whom he could not engage in terrorism. Actors in the war are those who incite in mosques, who write the murderous curricula for schools, who give shelter, who provide vehicles, and all those who honor and give them their moral support. They are all enemy combatants, and their blood shall be on all their heads. Now this also includes the mothers of the martyrs, who send them to hell with flowers and kisses. They should follow their sons, nothing would be more just.”[8]

Premediated to kill determined Palestinians, the occupation does not spare child or even the physically incapacitated, as in the case of wheelchair-bound, amputee Ibrahim Abu Thuraya[9] or Ahmad Abu Aqel,[10] a disabled man on crutches. The 40 protestors executed at Gaza’s borders and 5,000 wounded since the March of Return rallies began on the 30th of March,[11] are not Fadi al-Batsh, but are as determined, and that is enough in ‘Israel’s’ eyes to make their killers deserving of medals.

If this is the narrative of Zionists, why then do we shy away from reiterating that Dr al-Batsh, a Gazan contributor to research and development in Gaza, in whatever capacity, and a service provider of a just cause of academia or resistance is in fact the one deserving of a real medal of honour.

Is it a Loss for Palestine?

‘Israel’ is an entity sustained on foreign aid and charged by sensationalist media and inferential adverts in the entertainment industry. As such, it will kill bearers of knowledge, writers and political activists. Just causes, however, cannot be put out by bullets. Let us say this another way, how many of Palestine’s resistance figureheads have been assassinated by ‘Israel’? And who can recall the last time Gaza hosted 30,000 protestors, knowing full well that Gaza’s borders is littered with graceless snipers?

Did the assassination of Mazen Fuqaha, Tunisian Mohammed al-Zawari, Raed al-Atar, Ahmad al-Mabhouh and the tens and tens of other such members of the Palestinian resistance, the academic population such as Fadi al-Batsh or the thousands of Palestinians butchered over the seven decades of Palestine’s occupation kill the Palestinian cause?

Let us go back further. Did the martyrdom of 70 of the Prophet’s companions (raḍiy Allāhu ʿanhum) at a time the ‘Muslim World’ culminated in the few thousand citizens of the Madani Community disable the Da’wah of Islām? It was in fact after the Battle of Uḥud that Allāh revealed,

“Many a Prophet has been killed, when there were many thousands with him! They did not give up in the face of what assailed them in the Way of Allāh, nor did they weaken, nor did they yield. Allāh loves the steadfast.”[12]

The assassination of al-Batsh is sorrowful but not disheartening. If anything, it demonstrates how perturbed the Zionist entity is by determined individuals who live as far away as Malaysia or by activists who may feel their contribution is worthless. It is a reminder that no effort for Palestine and Jerusalem is too small. Despite his monumental work, were al-Batsh to die an ordinary death, lessons from this young, inspirational scholar and academic, applicable for the lives of millions, would have never reached us. So his martyrdom is not a loss for Palestine, but a treasure for the Muslim world and no doubt a privilege for this young man, raḥimahu Allāh.

“Do not suppose that those killed in the Way of Allāh are dead. No indeed! They are alive and well provided for in the very presence of their Lord.”[13]

[12] Qur’an 3:146 note. The translation is from the Warsh recitation of the verse ‘Qutil’ rather than ‘Qaatal’. Both are authentic recitations of the verse.