The Spotlight on the Niqab: Is it Bad for Islam? 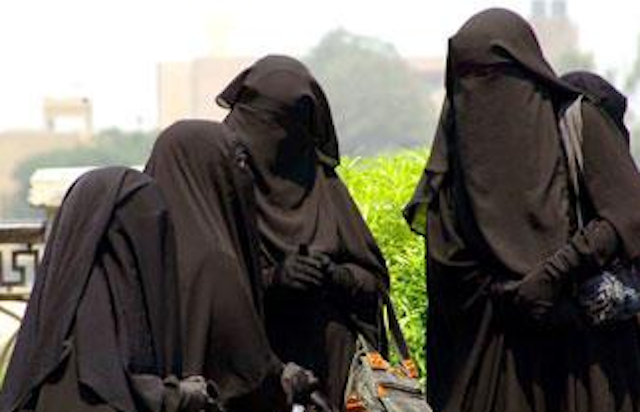 Feminism went full circle: it wrestled some rights out of the hands of men, but then allowed women to be manipulated.

As the niqab debate rages on and as the Muslim community gets accustomed to coming under some sort of attack on a regular basis. There is a silver lining for us Muslims.

Muslims are in a unique position to be able to reconnect people with traditional values, values that have been universally accepted and upheld by humanity for thousands of years. Even feminists can learn a thing or two about their cause. In post-modernity, I do not believe it is possible for us in the West to argue any longer that we are at the height of civilisation and progress. Yes, we’ve advanced technologically and scientifically, but we have regressed in our humanity and are beginning to threaten our own survival.

I increasingly feel sorry for women in today’s world who have submitted to the liberal narrative. They have no real respect for themselves and have no substantial identity as women. Their identity is increasingly defined in competition to or relative to men, or either materialistically or sexually. This betrays deep seated insecurity, oppression and shallowness. Today, women who would consider themselves empowered have had to at some point undo a few buttons, wear a shorter skirt and flout some sexuality to get their way… usually with men. In post-feminism, this sexuality is seen as power over men, when in fact it is a cheap currency whose value women have been duped in to accepting so that they may attain things that should be free if they were indeed respected.

Men in general and especially the perverted ones have never had it better nor ever had so much power over women. At last they live in a world where the thing they desire most is always available completely free. Feminism went full circle: it wrestled some rights out of the hands of men, but then allowed women to be manipulated. Now, women competing with men in the work-place have it much harder as they juggle work, maternity, and family; and women in general struggle to make sense of how it is that they completely lost their dignity before men. Pornography, women’s fashion, sexual exploitation, single parenthood, increases in abortion, etc are all evidences of this. Through all of this, men have remained men, just as dominant, except that they don’t have to work as hard or be as responsible. Feminism has turned in to a triumph of masculinity.

The alternative is Islam. A woman is respected and loved as a woman. When she needs to and if she wants to, she is free to take on some of the high value and high esteem roles that men normally occupy: teacher, academic, doctor, even magistrate; and she need not do it for money. That’s something men have to graft for. She is valued for her mind without the need for the hard graft. When in public, the hijab and niqab neutralise her sexuality so men either show respect or let her be. Respect and nobility without the stress. Why does she deserve this? Why would a mother, sister or daughter deserve any less?

Men, Muslim and non-Muslim, have indeed been remiss in their treatment of women over the centuries. It is something they will have to answer for. We believe in God, and He will do justice against oppressive and exploitative men. But there is no doubt in my mind that a woman stands in better stead in Islam than anywhere else. That is why, in the fastest growing religion in the world, the majority of the converts are women. I wonder why they leave the freedoms of modernity for the ‘repression’ of Islam. When the dust settles on the niqab issue, more non-Muslim women would have chosen Islam and more Muslim women would have adopted the hijab or the niqab. The only bad thing that comes out of it is insults and attacks against our women. We pray for their protection and hold the ignorant and the sections of the media responsible.

Notes: This article has been sourced from http://islamiquemagazine.com/the-spotlight-on-the-niqab-is-it-bad-for-islam/
Islam21c requests all readers to share this article on your facebook, twitter, and all other platforms in a bid to spread our efforts
Share. Facebook Twitter LinkedIn Email Telegram WhatsApp
Previous ArticleWhy the Niqab is Religious not Cultural
Next Article The Beauty of Istighfar