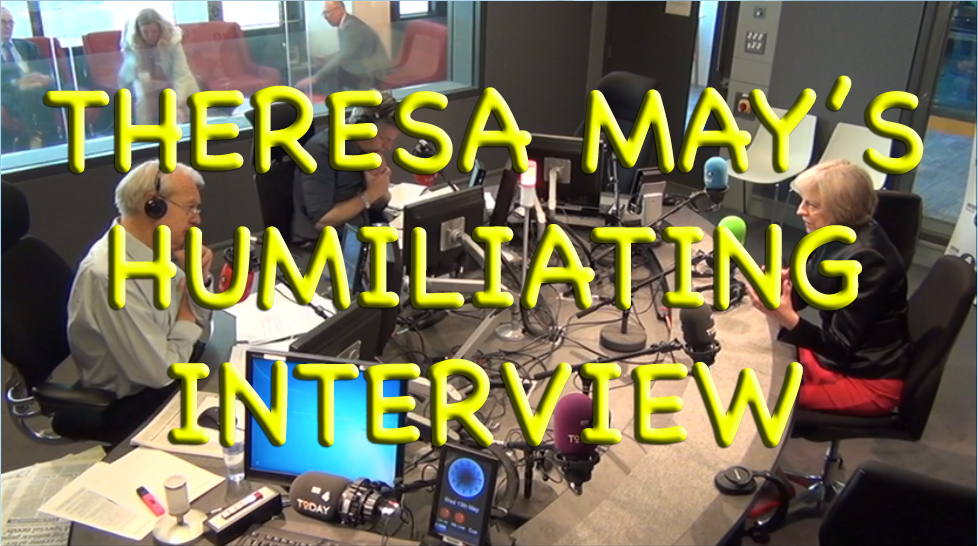 Above is an embarrassing interview Theresa May gave this morning on BBC Radio 4, about Prime Minister David Cameron’s new measures to counter what he calls “Extremism”, by giving more powers to the state to restrict the movement and speech of those who express opinions that are legal yet considered ‘radical’.

Theresa becomes visibly disturbed and discomforted when the interviewer, John Humphrys, poses the most elementary challenge: what does she mean by ‘extremists’?

She is unable to give a cogent response and instead recites the usual rhetoric about ‘British values’ and ‘tolerance’, in the light of the fear-stoking and empirically-discredited [1] “conveyor-belt theory” to terrorism, which the interviewer quickly dismisses as ‘woolly’. He highlights that in fact their measures seem to be a flagrant and arbitrary restriction on the free speech of those whose ideas they simply do not like (which they are unable to otherwise refute or challenge).

When backed into a corner she even mentions the Birmingham “Trojan Horse” fiasco, which has been proven to be a hoax by the recent Education select committee’s findings [2]. Perhaps more worryingly is her concern regarding the Trojan Hoax fiasco: “People were concerned at their attempts to change our minds.”

This is clearly worrying for many…

The full interview can be seen here: http://www.bbc.co.uk/programmes/p02r8z20