#STAND4UYGHURS
Home / Current Affairs / Is it time for Ofsted to be put into special measures? 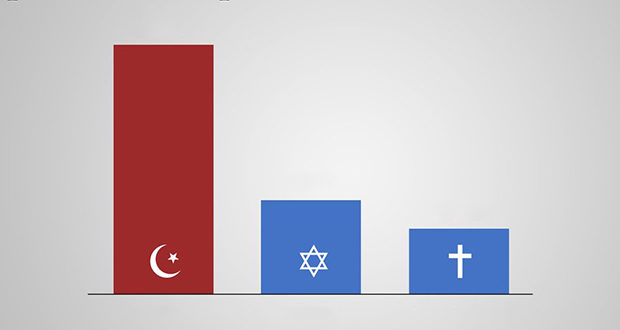 Is it time for Ofsted to be put into special measures?

You would be hard-pressed to find an independent regulatory body with as low an approval rating amongst its own professionals as Ofsted. A recent YouGov poll revealed that only 15% of teachers believe Ofsted inspections make a positive contribution to schools,[1] and an even smaller 9% thought Ofsted were independent and free from political interference.

A new independent report produced by think tank Claystone,[2] relating to 581 no-notice inspections in schools between June 2014 and March 2016, reveals disturbing trends of independent faith schools being disproportionately targeted by Ofsted. If that was not evidence enough of institutional prejudice against the Muslim community, a geographical review of where the disparity is most pronounced leaves little doubt: Tower Hamlets, Hackney and Birmingham.

The precursor to this intense period of no-notice inspections was the ‘Trojan Hoax’ debacle which occurred in March 2014. Park View High School in Birmingham was allegedly the centre of an ‘Islamist’ plot to impose hard-line Islamic values on a highly successful comprehensive state school. The alleged plot has since been exposed as a hoax.[3] Nonetheless, at the time the story was headline news for weeks and provided the perfect pretext in June 2014 for the then Secretary of State for Education, Michael Gove, to announce in parliament the use of no-notice inspections to assess the implementation of ‘British Values’ in schools.[4]

One need not be an educationalist or a political commentator to connect the dots here. A highly successful comprehensive state school in the heart of the Muslim community is the subject of a smear campaign which creates sensationalist headlines across the national media of Islamist plots to take over schools and indoctrinate and radicalise children. This, in turn, creates the necessary momentum of public opinion demanding action be taken. Michael Gove then introduces far reaching changes to the Ofsted Inspection framework, essentially changing the focus of inspections from the progress and well-being of children to the imposing of a narrow set of secularist values rebranded as ‘British values’. Ofsted then use the Park View school case to racially profile schools and launch what can only be described as a campaign of ‘terror’ against independent faith schools in high concentration Muslim areas. This is despite the fact that Park View was a comprehensive state school and not an independent faith school.

The changes that Gove introduced were so far reaching and detrimental to faith schools in particular that only a perceived crisis like the ‘Trojan Hoax’ could have galvanised public opinion and overcome opposition from faith schools including Christian and Jewish schools. This is state sponsored social engineering at its ugliest. 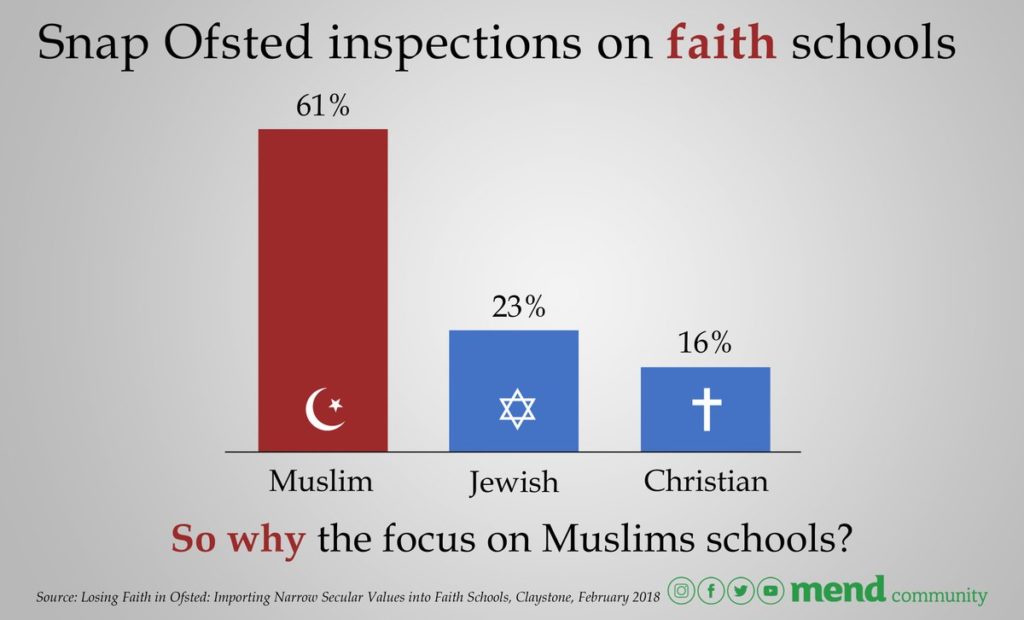 The Claystone report also focuses on the presumption that the absence of ‘British Values’ in schools necessitates the promotion of so-called “non-violent extremism”. This is utterly false. Schools are not government instruments of social engineering indoctrinating children with values conducive to government policy. They are supposed to be places in which children are taught the skills necessary to be productive citizens; this includes challenging prevailing assumptions and stereotypes. Even if we acknowledge that non-violent extremism is a problem in society, the claim that this leads to “radicalisation” and violence is counter to academic literature and precisely the reason why many academics oppose the Prevent programme.[5]

The report concludes that the weaponisation of Ofsted to attack independent faith schools in Muslim areas through the enforcement of a ‘British values’ has been counterproductive and has damaged integration. Ofsted has lost the little credibility it had; hence the current inspection regime is not fit for purpose. What is needed is a truly independent and representative inspection body that teachers, school leaders and parents have confidence in and is free from political interference. There also needs to be a move away from the current iteration of British values to an authentic, ‘citizenship-for-all’ model as endorsed by the UK Race in Europe Network.[6]

Previous: A Tale of Two Terrors: Osborne & Adebolajo
Next: 94 years after its abolishment, are the Turkish people reviving the Ottoman caliphate?