Countdown to the Night of al-Qadr 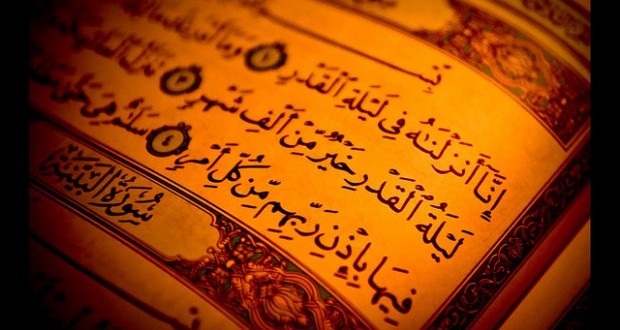 The Prophet Muhammad (Peace and salutations be upon him) said:

The people of Paradise are one hundred and twenty rows, of which eighty are from this ummah (nation) and the other forty are from all the other nations.[1]

The life-span of those in my ummah is 60 to 70 years. And very few of them will exceed this span.[2]

So how is it that a nation who take custodianship of the earth in its final days, and whose lifespans are but a blink of an eye compared to previous nations[3], achieve such an elevated status in the Hereafter? Part of the answer is found in Sūrah al-Qadr[4]:

Indeed, We sent the Qur’ān down during the Night of Decree.

And what can make you know what is the Night of Decree?

The Night of Decree is better than a thousand months.

The Night of al-Qadr has been singled out with a unique virtue that it is the night in which the Qur’ān was revealed. Ibn ‘Abbās and others explained this by saying, ‘Allāh sent down the Qur’ān at one time from al-Lawh al-Mahfūth (the Preserved tablet) to Bayt al-’Izzah[7] in the first heaven, then it was revealed to the Messenger of Allāh (Peace and salutations be upon him) in stages according to events over twenty-three years.’[8]

The Night of al-Qadr is also the night where angles descend in abundance with peace and tranquillity, carrying the destinies of people for the coming year. Allāh concluded Surah al-Qadr with:

The angels and the Spirit descend therein by permission of their Lord for every matter.

Peace it is until the emergence of dawn.

Qatādah explained, ‘The matters are determined during it, and the times of death and provisions are measured out.’[9]

So when is this blessed night? The Prophet Muhammad (Peace and salutations be upon him) as the Mercy to Mankind he is, not only described the physical description of this night but also the timing of its likely occurrence:

Verily, the sign of the Night of al-Qadr is that it is pure and glowing as if there were a bright, tranquil, calm moon during it. It is not cold, nor is it hot, and no shooting star is permitted until morning. Its sign is that the sun appears on the morning following it smooth having no rays on it, just like the moon on a full moon night. Shaytān is not allowed to come out with it (the sun) on that day.[10]

The Prophet Muhammad (Peace and salutations be upon him) went further and said:

Seek the Night of al-Qadr in the odd-numbered nights of the last ten nights.[11]

This leaves us with the 21st night, the 23rd night, the 25th night, the 27th night and the 29th night. Indeed the Prophet Muhammad (Peace and Salutations be upon him) was given the knowledge of the exact night but this knowledge was withdrawn after a quarrel between two Muslims. ‘Ubādah b. al-Sāmit narrates:

Hence there is a great wisdom in withholding the knowledge of the exact night. Human beings are creatures of ease. If a single night was to be specified, it is inevitable that many Muslims would neglect the entire month of Ramadan and all other opportunities for worship throughout the year, relying solely on their worship in the Night of al-Qadr. In doing so they would be bereaved of unlimited good, and with such a lethargic attitude, probably struggle to muster the energy and strength to excel in worship during this one night. By concealing the exact night we are encouraged to strive hard throughout the entire month of Ramadān and especially the last ten nights.

But considering the above narration is it possible to specify the 25th, the 27th and 29th? Evidently not. The Prophet (Peace and Salutations be upon him) in one Ramadān devoted himself to I’tikāf (seclusion) in the mosque for the first ten days, then the middle ten days, upon which he saw a vision and declared to the Companions:

Whoever performed I`tikāf with me, let him come back, for verily I saw the Night of al-Qadr, and I was caused to forget it, and indeed it is during the last ten. It is during an odd night and I saw myself as if I were prostrating in mud and water.

The companions narrate that this occurred in the night of the 21st when rain seeped through the palm fibres of the roof of the mosque and the Prophet (Peace and Salutations be upon him) prostrated on mud and water.[13] However the highly popularised and well founded opinion of the 27th is based on the oath taken by the Companion Ubay b. Ka’b that the Night of al-Qadr is on the 27th.

In fact we cannot categorically rule out the even nights of the last ten also. The Prophet (Peace and Salutations be upon him) said:

The benefit we extract from these various narrations is that we need to exert ourselves in worship throughout the last ten nights and not neglect any particular night. Consider a King whose generosity knows no bounds and he promises to arrive in a locality to give gifts beyond your wildest imagination. A King whose ability to give is greater than your ability to ask. Imagine now that the date of his arrival is ambiguous but confined to ten special nights, of which five are considered to be the most likely date of his arrival. The speculation of his arrival would be intense with views exchanged and evidence gathered, but nobody would be foolish enough to remain at home for one of these nights and risk being deprived of his generosity. The sight of people in their hoards around us rushing to gain favour from this King would be sufficient motivation to inspire us.

So what should we invoke in this night like no other night? When ‘Ā’isha asked this very question the Prophet (Peace and Salutations be upon him) instructed her to say:

O Allāh! Verily, You are the Oft-Forgiving, You love to forgive, so forgive me.[14]

This most succinct and eloquent prayer for forgiveness summarises our total dependence on our Lord. We do not invoke Him by virtue of admirable good deeds which deserve forgiveness. We invoke our Lord, appealing to His attributes of Mercy and Forgiveness, and His love to forgive the sins of those who turn to Him in sincere repentance.

In fact the summer nights now upon us are so short that every moment becomes priceless. We need to plan our time well in advance to ensure we reach the peak of our worship in these last ten nights. We should book time off work if possible and relegate mundane, time consuming activities to outside these nights. Avoid at all costs frivolous entertainment and socialising that serves no purpose. Ensure even your habitual actions like sleeping, eating and relieving yourself are transformed into worship when accompanied with the intention that you are doing them to re-energise yourself for yet more worship.

So what forms of worship should one perform in these last ten nights?

I’tikāf is the proven sunnah of the Prophet (Peace and Salutations be upon him) and a must for anybody who wants to seclude themselves to the worship of Allāh and seek out the Night of al-Qadr. By cutting oneself off from worldly distractions and desires the worshipper achieves the optimum state of mind and heart needed to ponder deeply on the Qur’ān and invoke Allāh with the most heart-felt invocations.

Recite the Qur’ān continuously, setting an ambitious target for yourself and your family, and use the last ten nights to mend your relationship with the Book of Allāh. The homes of Muslims should resemble the Houses of Allāh resonating with the sublime recitation of the Qur’ān.

Engage profusely in the dhikr of Allāh. Dhikr is the essence of all worship and the only act of worship which Allāh has ordered quantity as well as quality.

Stand for prolonged periods in salāh into the depths of the night, and order your family with the same. Salāh is the coolness of the eyes for the believer and in prostration the worshipper is closest to their Lord.

Give in Sadaqah without fearing poverty, for Allāh has linked generosity with courage, and miserliness with cowardice. Sadaqah extinguishes the anger of Allāh, and in the Hereafter people will plead to return to this life that they may give in charity once more[15].

Reconnect the family ties and ensure you do not enter these ten days having any ill feeling towards a family member or fellow Muslim. Rancour and hatred in the heart is a cause for your worship not to be accepted and is a cancer that eats away at a person from within.

Tonight (Thursday night) will mark the night of the 21st and the first possible occurrence of the Night of al-Qadr. ‘Ā’isha narrates that when the last ten nights of Ramadān entered, the Prophet (Peace and salutations be upon him) would, ‘tighten his waist belt, perform the night prayer through the whole night, and awaken his family for prayer.’[16] The tightening of the waist belt is symbolic of the abandoning of sexual relations for the person in I’tikāf. It also represents a physical, psychological and spiritual preparation to exert every ounce of energy in worship.

When you reflect on the worship you have presented to your Lord through the year, often lacking sincerity and excellence in action, and consider carefully your burden of sins, major and minor, the Night of al-Qadr is not simply a virtuous night, but may be your surest means of attaining salvation in the Hereafter. The Prophet (Peace and salutations be upon him) has indeed promised:

Whoever stands (in prayer) during the Night of al-Qadr with faith and expecting reward, he will be forgiven for his previous sins.[17]

[7] Ibn Kathīr explains, ‘there is a house that is worshipped in every heaven that its people worship and pray towards and the one that is in the lowest heavens is called the Bait al-’Izzah’