How they slowly almost turned into a racist Islamophobe 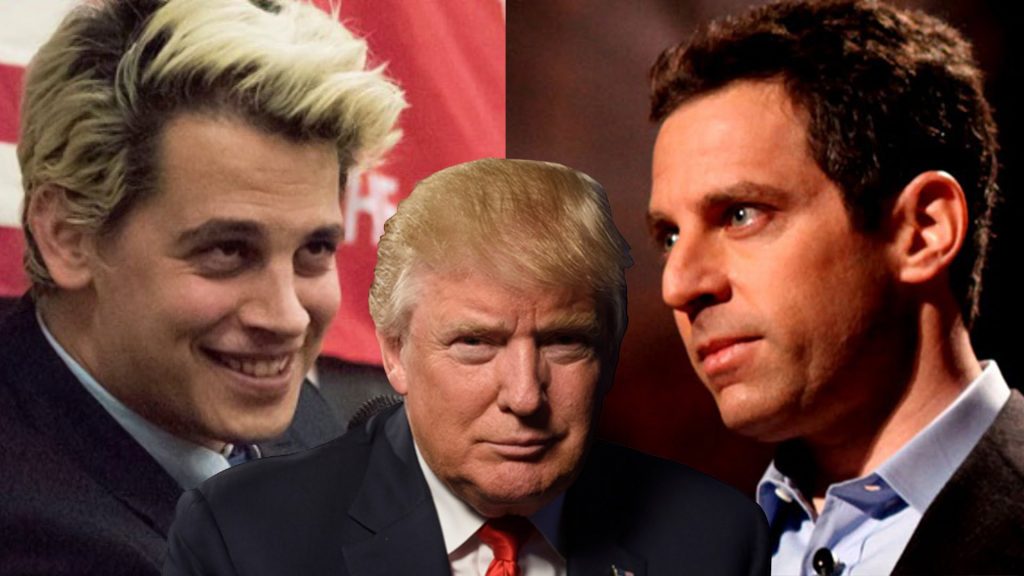 I am a happily married, young white man. I grew up in a happy, Conservative household. I’ve spent my entire life – save the last four months – as a progressive liberal. All of my friends are very liberal or left-leaning centrists. I have always voted Liberal Democrat or Green. I voted remain in the referendum. The thought of racism in any form has always been abhorrent to me. When leave won, I was devastated.

I was curious as to the motives of leave voters. Surely they were not all racist, bigoted or hateful? I watched some debates on YouTube. Obvious points of concern about terrorism were brought up. A leaver cited Sam Harris as a source. I looked him up: this “intellectual, free-thinker” was very critical of Islam. Naturally my liberal kneejerk reaction was to be shocked, but I listened to his concerns and some of his debates.

This, I think, is where YouTube’s “suggested videos” can lead you down a rabbit hole. Moving on from Harris, I unlocked the Pandora’s box of “It’s not racist to criticise Islam!” content. Eventually I was introduced, by YouTube algorithms, to Milo Yiannopoulos and various “anti-SJW” videos (SJW, or social justice warrior, is a pejorative directed at progressives). They were shocking at first, but always presented as innocuous criticism from people claiming to be liberals themselves, or centrists, sometimes “just a regular conservative” – but never, ever identifying as the dreaded “alt-right”.

For three months I watched this stuff grow steadily more fearful of Islam. “Not Muslims,” they would usually say, “individual Muslims are fine.” But Islam was presented as a “threat to western civilisation”. Fear-mongering content was presented in a compelling way by charismatic people who would distance themselves from the very movement of which they were a part.

At the same time, the anti-SJW stuff also moved on to anti-feminism, men’s rights activists – all that stuff. I followed a lot of these people on Twitter, but never shared any of it. I just passively consumed it, because, deep down, I knew I was ashamed of what I was doing. I’d started to roll my eyes when my friends talked about liberal, progressive things. What was wrong with them? Did they not understand what being a real liberal was? All my friends were just SJWs. They didn’t know that free speech was under threat and that politically correct culture and censorship were the true problem.

On one occasion I even, I am ashamed to admit, very diplomatically expressed negative sentiments on Islam to my wife. Nothing “overtly racist”, just some of the “innocuous” type of things the YouTubers had presented: “Islam isn’t compatible with western civilisation.”

She was taken aback: “Isn’t that a bit … rightwing?”

I justified it: “Well, I’m more a left-leaning centrist. PC culture has gone too far, we should be able to discuss these things without shutting down the conversation by calling people racist, or bigots.”

The indoctrination was complete.

About a week before the US election, I heard one of these YouTubers use the phrase “red-pilled” – a term from the film The Matrix – in reference to people being awakened to the truth about the world and SJWs. Suddenly I thought: “This is exactly like a cult. What am I doing? I’m turning into an arsehole.”

I unsubscribed and unfollowed from everything, and told myself outright: “You’re becoming a racist. What you’re doing is turning you into a terrible, hateful person.” Until that moment I hadn’t even realised that “alt-right” was what I was becoming; I just thought I was a more open-minded person for tolerating these views.

It would take every swearword under the sun to describe how I now feel about tolerating such content and gradually accepting it as truth. I’ve spent every day since feeling shameful for being so blind and so easily coerced.

US election day rolled around, and I was filled with dread. Trump’s win felt like EU referendum morning all over again – magnified by a hundred. Although I never shared any of this rubbish with anybody, I feel partly responsible. It’s clear this terrible ideology has now gone mainstream.

It hit me like a ton of bricks. Online radicalisation of young white men. It’s here, it’s serious, and I was lucky to be able to snap out of it when I did. And if it can get somebody like me to swallow it – a lifelong liberal – I can’t imagine the damage it is doing overall.

It seemed so subtle – at no point did I think my casual and growing Islamophobia was genuine racism. The good news for me is that my journey toward the alt-right was mercifully brief: I never wanted to harm or abuse anybody verbally, it was all very low level – a creeping fear and bigotry that I won’t let infest me again. But I suspect you could, if you don’t catch it quickly, be guided into a much more overt and sinister hatred.

I haven’t yet told my wife that this happened, and I honestly don’t know how to. I need to apologise for what I said and tell her that I certainly don’t believe it. It is going to be a tough conversation and I’m not looking forward to it. I didn’t think this could happen to me. But it did and it will haunt me for a long time to come.