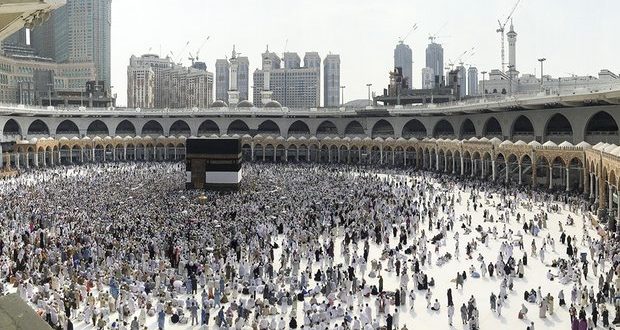 At least six British citizens have been killed in a minibus crash in Saudi Arabia, the Foreign Office has said.

Reports that a seventh person was also killed have not been confirmed. It is understood the dead include four people from Manchester and a married couple from Glasgow. A baby aged about two months is thought to be one of the victims from Manchester.

Glasgow central mosque named the Scottish victims as 72-year-old Mohammad Aslam and 62-year-old Talat Aslam, parents of five children, from the Newlands area of the city. The Manchester victims are thought to include a grandmother and her newborn grandson.

The bus was carrying 12 passengers, all thought to be family and friends, between Mecca and Medina when it crashed on Wednesday afternoon. The Manchester-based tour operator Haji Tours, which organised the trip, said the group was performing Umrah, a pilgrimage made by Muslims to Mecca.

The baby’s mother and her two other children are understood to have been critically injured in the accident, and were taken to Medina hospital for treatment. The driver of the minibus survived.

A spokesman for Haji Tours, which is arranging for family members to travel to Saudi Arabia as soon as possible, said: “We are sharing our sorrow with the family affected.

“We hope God forgives them and gives them the best place possible in paradise. We share our grief with them and give them courage at this terrible time.”

A Foreign Office spokesman said: “We are supporting the families of six British people who have sadly died following a road accident in Saudi Arabia. We are also helping several more British nationals who were injured in the crash. Our thoughts are with the victims and their families at this very difficult time.”

Mohammad Arif, director of the tour operator, said the group had been travelling in a 14-seater 2016 Toyota Hiace, operated by a Saudi company, when one of the vehicle’s tyres burst on the motorway 90 miles from Medina city.

Members of the Glasgow family said they had been informed by Saudi Arabian authorities that the driver of the bus fell asleep at the wheel.

Arif said his company – which provides package tours for Muslims wishing to go on a pilgrimage to Mecca – had arranged the whole trip, including visas, accommodation and transportation and had been in constant contact with the Saudi authorities about the accident.

The group on the tour is thought to have included four sisters and their families. Two of the sisters are understood to have died, while the other two have survived. Of the victims from Manchester, one is thought to be the baby boy, one a man aged 64, and the other two women aged 49 and 66.

“We are very, very sorry for them. It is a big loss for the family. We have no words, no words. This was an accident,” said Arif.

Speaking to the Manchester Evening news, Nadesh Ikbal, whose mother was injured in the crash, said about 20 of his family members from Manchester would be travelling to Medina on Thursday night.

“My mother has lost two sisters in the crash. Her other sister, my auntie, has also been injured,” he said. “A child, who is almost two months old, has died and his mother is in hospital with her other two children.

“We are flying out to Medina as soon as we can. As a family we need as much help as possible at this terrible time.”

Glasgow central mosque released a statement paying tribute to Mohammad and Talat Aslam. “Mr Mohammad Aslam and Mrs Talat Aslam, of Glasgow, the parents of Shehla, Saba, Omar, Osman and Haroon, have returned to the mercy of Allah,” it read.

“On Wednesday 18 January they had just completed Umrah and were travelling in a minibus to visit our beloved prophet’s masjid in Medina. Tragically they were involved in a fatal accident. Four members of another family from Manchester were also killed in this tragedy.”

Stewart McDonald, the Aslam’s local MP in the Glasgow South , said he was very sorry to hear of the death of two of his constituents. “I’m in touch with the Foreign Office to ensure that their family are being given all the assistance they need,” he said.

“I’m sure fellow southsiders will want to send their sympathies and best wishes to the family at this incredibly sad and difficult time.”

The Aslams are listed as directors of Universal Investments (Scotland) Limited, which rents and operates Housing Association real estate. One relative, thought to be a niece of the couple, wrote on Facebook that the couple had been “so full of life”. “Sadly Aunty Talat Aslam and Uncle Aslam have left this world,” she said.