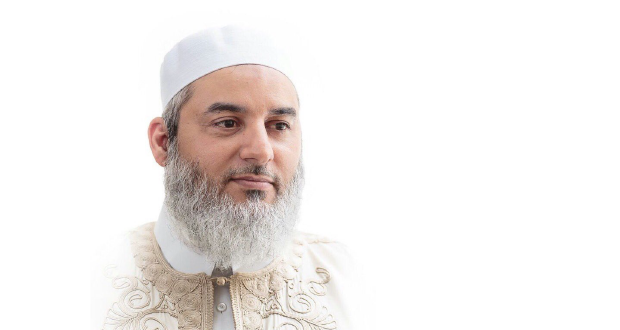 It is with great sadness that we hear the news of one of the leading scholars of the mainstream Muslim community in Libya has been killed by a people of misguidance and treachery. We ask Allāh سبحانه وتعالى to have mercy on him and raise his ranks, and accept him as a shahīd along with the likes of three of the four rightly guided successors of the Prophet صلى الله عليه وسلم.

A leading Libyan cleric is thought to have been killed after he was abducted outside a mosque in the capital Tripoli last month.

Nader al-Omrani was a prominent Islamic cleric and head of the Organisation for Libyan Islamic Scholars, as well as being a member of Dar al-Iftaa, the country’s highest Sunni religious authority.

His death was reported on Monday after video footage circulated, in which a man claiming to be one of the kidnappers accused one of the country’s rival governments of being behind the killing.

The footage was reportedly released by the General Investigation Directorate, according to Libyan media, a domestic security agency which on Monday confirmed that Omrani had been killed.

The video features a softly-spoken man who identifies himself as Abdel Kareem al-Zintani and says he is a member of the Special Deterrence Force (SDF). He also claims to have been part of a group that planned the kidnapping over the course of three months.

The SDF is a powerful Tripoli-based militia of about 900 heavily armed fighters that previously took orders from the interior ministry of the General National Congress, but is now considered a strong ally of the UN-backed Government of National Accord (GNA).

It has been described as a “special forces Salafist militia” and is accused by some of seeking to impose his own ultra-conservative interpretation of Islam.

Zintani says the group met at offices owned by the SDF in Tripoli.

According to Zintani, the group was ordered to kidnap and kill Omrani because of his opposition to Salafist preachers including Rabee al-Midkhali, a Saudi cleric who has been an important ideological figure for the Special Deterrence Forces.

In the video, Zintani says he witnessed Abdel Hakim Maqdish, the head of the Anti-Crime Agency in Tripoli, digging a deep hole and pushing Omrani, who was still alive, down into it.

Neither the Anti-Crime Agency nor Maqdish had responded to the allegations at the time of publication.

Zintani said that Maqdish had accused Omrani of “graduating in Saudi Arabia and coming back here to mislead people,” before shooting him several times using a Kalashnikov and an entire clip of ammunition. Zintani does not say when the alleged killing occurred.

The Anti-Crime Agency’s offices in the capital were reportedly raided by gunmen on Monday morning in an attempt to abduct Maqdish over the killing, according to the Afrigatenews website.

The SDF on Monday denied any connection with Zintani, saying in a statement that “the person who appears in the video is not part of our force or one of its members.

“We bear no responsibility for this crime. Abdel Hakim Maqdish, head of the Anti-Crime Agency in Tripoli, is the number one perpetrator of the crime.”

The SDF condemned the killing of Omrani, and called for an “urgent and transparent” investigation into who was behind it.

Social media users on Monday paid tribute to Omrani, although his death has yet to be officially confirmed.

Prominent Saudi scholar Mohammed al-Arefe said that Omrani – who studied at the Islamic University in Mecca, Saudi Arabia – was “educated, virtuous and innovative”.

Translation: #AssassinationOfSheikhNaderOmrani I met him several times at religious council sessions. I found him to be educated, virtuous and innovative. He was eager to gather words and advice to inspire innovation, and was humane, even towards those who violate [religious law]

Relatives of Omrani previously spoke to MEE after his abduction, saying “each day he is not with us our pain continues to grow”.