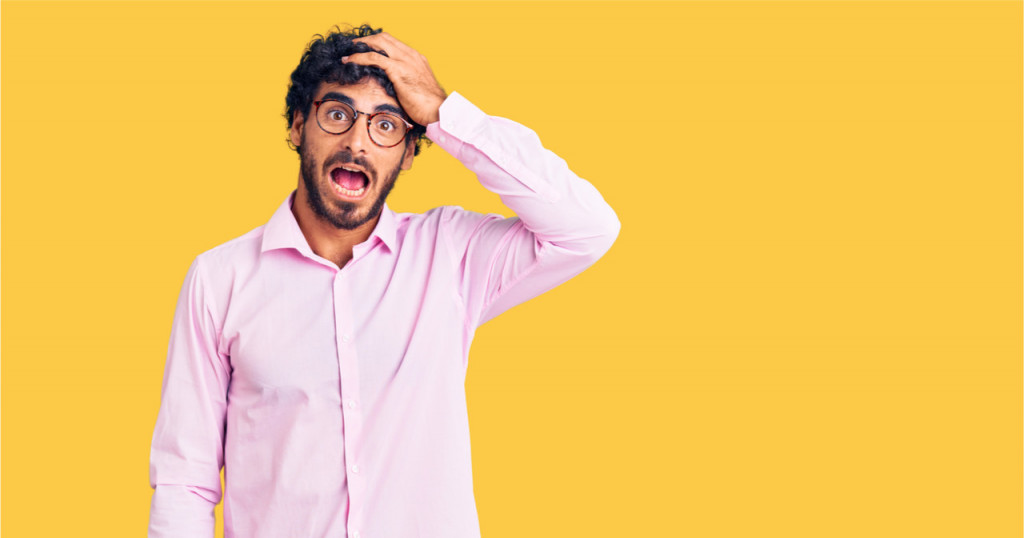 Ramad-amnesia is a condition affecting millions of Muslims in the UK and around the world yet there have been very few resources invested in diagnosing and treating this illness. It is highly contagious and can be contracted through speech, action and even thoughts. The source of the outbreak is usually a blow to the head or an excessive Eid-hug which causes the sufferer to forget every important lesson learnt in Ramadān. This temporary state of amnesia can last for eleven months until the next Ramadān where the sufferer enjoys a temporarily relief from its symptoms, only to contract the illness once again at the end of Ramadān. Hence the cycle of eleven months of suffering and one month of relief continues year after year, often with the sufferer living in denial of their condition.

I hope we can still remember the vivid scenes, especially in the last ten nights of Ramadān, where Muslims gathered in their thousands in the houses of Allāh to stand, bow and prostrate in unison behind one Imām. I hope we can remember the passionate Qunūt which were made in witr prayer almost lifting the roofs of the mosques where Muslims begged for Allāh to unite our hearts, unify our ranks and remove ill feeling from our hearts for each other. I hope we can remember the sounds of Muslims weeping for forgiveness, creating a sound like a whistling kettle; the very sound which is narrated in Riyād al-Sālihīn about the weeping of the Prophet Muhammad during the night prayer, may Allāh praise and send peace and blessings upon him.

Then how ironic that the very evening where Ramadān draws to a close and where we should be asking Allāh to accept our fasting, prayer and charity, brings about a vicious argument regarding the Day of Eid which will see Muslims make the most terrible accusations against each other hours after begging Allāh to unify our hearts.

Abū Hurayrah relates that the Prophet, may Allāh praise and send peace and blessings upon him, said, ‘Fast when you see it (i.e. the moon) and cease fasting when you see it, and if it is hidden or cloudy, complete the counting of Sha’bān as thirty days.’1

However, for over a thousand years of Islamic history it is almost unheard of that Muslims within one locality or one city celebrate Eid on different days. That is a mockery of our religion and prevents the Sha‘ā’ir al-Islām (the symbols of Islam) from being clearly demonstrated, especially in a non-Muslim country. The Prophet Muhammad, may Allāh praise and send peace and blessings upon him, said, ‘The fast is the day you all fast; the breaking of fast is on the day that you all break fast; and the day of sacrifice is on the day that you all sacrifice.”2

Al-Tirmidhi said, ‘Some scholars explained this hadīth to mean that fasting and breaking the fast should be done with the Muslim body (jamā’ah) or the majority of people.’ Hence the month of Ramadān starts when the Muslim body agrees and ends when the Muslim body agrees, and the leaders of the community are obligated to follow the sighting of the moon or complete thirty days as instructed by the hadīth. I have seen numerous zealous Muslims with laptops, astronomical charts, calculations and teams of physicists attempting to prove or disprove whether a particular Eid day was “valid” or not. If the Muslim body has started and ended the month together, and their leaders have followed a legitimate mechanism to announce the start and end, namely, sighting of the moon or completion of thirty days, then the calculations, predications and charts of the astronomers are of little relevance. In fact the books of Islamic jurisprudence quote a consensus on the view not to consider astronomy or calculations as a tool to confirm the beginning of Ramadān or Eid. (Quoted by al-Jassas al–Hanafi, al-Baji al-Maliki, Ibn Rushd al-Maliki, al-Subki al-Shafi’i, Ibn Taymiyyah, Ibn ‘Abidin Al-Hanafi).

1) Instantaneous communications: we can now have satellite images relaying back within a split second the announcement of Ramadān and Eid in Makkah, Morroco, Mauritania and the Maldives. Who do we follow, or shall we attempt to sight the moon in the cloudy smog filled skies above Britain?

2) Who are our leaders? To whom shall we entrust the responsibility of announcing Ramadān and Eid? Your local mosque? Scholars? Astronomers? Moon sighting committees?

3) The modern phenomena of a heterogeneous Muslim community with different ethnic origins in one locality, each holding loyalty to different Muslim countries, leading us back to the same problem: which Muslim country should we follow?

“Sighting of the moon over the skies of London is far fetched with low visibility and cloud cover.”

Following the Asian sub-continent or the nearest Muslim country, Morroco, makes little sense if you don’t happen to be from those countries or have no ethnic attachment to them.

In my opinion a practical solution is following the announcement of Makkah. For better or for worse, Makkah still provides spiritual leadership for the Muslim ummah in this matter. When Islam Channel relays images of the Tarāwīh prayer beginning in Makkah, Muslims in the UK automatically rejoice at the beginning of Ramadān and begin to spread Ramadān greetings. That will never change. Already major institutions such as Regents Park Mosque and East London Mosque along with satellite institutions follow the Makkah announcement. Also it makes little sense contradicting Makkah, especially for Eid al-Adha when the Day of Sacrifice in Hajj will clearly be determined by Makkah. So how does Makkah determine their moon sighting?

The official Saudi calendar is not used as many Muslims claim. The Judicial High Court is responsible for deciding such dates and is based on testimonies that they receive. In most years, the testimony is corroborated by a number of known witnesses. Dr. Mohammed Bakheet al-Maliki wrote an article published in Ramadān 1421 AH (Dec 2000) that in 1413 AH astronomers announced that it was impossible to see the new moon due to its disappearance half an hour before sunset, yet it was announced that the moon was sighted by more than ten people in Saudi Arabia and in the United Arab Emirates. In 1425 AH it was also announced that it was impossible to sight the new moon of Shawwāl yet it was witnessed by more than forty people and the authorities officially recorded more than ten of those testimonies.

“We have reached a critical stage where the issue of the beginning and end of Ramadān must be decided on a unified basis within the UK.”

Already around two thirds of Muslims in the UK follow the Makkah announcement which has an Islamic and judicial basis for its announcement. It is more practical for the remaining third to fall into line than to overturn the majority. Within a few years the month of Ramadān will fall completely within the British summer time where there is no clear distinction between ‘Isha (twilight) and Fajr (daybreak). We will then be faced with a challenge which dwarfs the issue of when to celebrate Eid, and that is what time do we actually start fasting?

For further insight into this topic refer to ‘An insight into Moon-sighting’ by Shaykh Haitham Al-Haddad at www.islam21c.com

Notes: This article has been reposted. Last posted on 17th August 2012
Source: www.islam21c.com