#MentalHealthWeek
Home / Spirituality / The Indispensable Need for Allah: Our Basis For Servitude 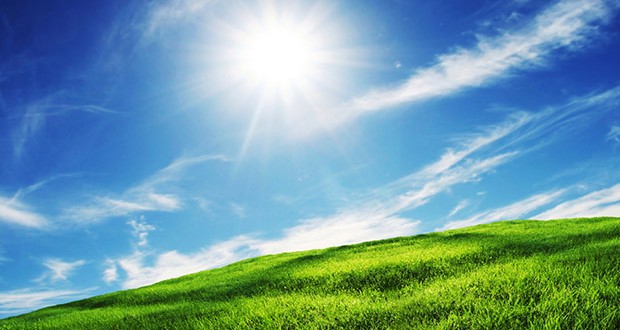 The Indispensable Need for Allah: Our Basis For Servitude

The condition of being in absolute need of Allah is one of the most essential states of servitude [‘ubudiyyah]. It has been described to be its reality and crux1. Allah says, ‘O mankind! It is you who stand in need of Allah whereas Allah is the Rich, the Praise-worthy [al-Ghani, al-Hamid].’2 He also cites Moses [Musa] as saying, ‘My Lord! Truly, I am in need of whatever good that You bestow on me!’3 Ibn al-Qayyim defines the reality of this lack of the necessary means of subsistence in the following manner, ‘That you are not for yourself and that nothing from you is for yourself in the sense that you are in entirety for Allah; if you are for yourself then you will find a prosperity and self-dependency that negates this destitution.’ He then said, ‘ True poverty is to be in continuous need of Allah in every circumstance and that a slave bears witness in every internal and external atom of his to a complete need for Allah, the Most High, from every angle’4.

This incessant need for Allah requires the slave to strip his heart of all its whims and desires and to turn to his Lord with the sum of his being, humble himself before Him, submit to His commands and prohibitions and affix his heart with His love and obedience. Allah says, ‘Say (O Muhammad) “Verily, my prayer, my nusuk, my living, and my dying are for Allah, the Lord of the worlds. He has no partner, and of this I have been commanded, and I am the first of the Muslims”.’5 One interpretation of the work nusuk is the concern for one’s inner self and expulsion of all save Allah from one’s heart.6

A close consideration of the various types of acts of worship enacted in one’s heart and limbs reveals this state of need as being a common quality within them all. A slave’s measure of his need for Allah enacted in these acts of worship determines the extent of effect these acts have on his heart as well as their overall benefit for him in this world and the Hereafter.

Consider the act of prayer; a Muslim’s greatest physical act of worship, the believing servant stands before his Lord with serenity, he is fearful, humble and lowers his head. He fixes his eyes at the place of prostration and begins with the phrase, ‘Allah is greater [Allah Akbar]’. This indicates so clearly one’s glorification of Allah alone and forsaking of all circumstances, wealth and societal positions; everything and anything but Allah. Two superior positions expressing helplessness and need occur when a slave tilts his head further down assuming a bowing position and when he begrimes his forehead in prostration calling upon Allah and turning to Him. Bowing is the place for glorifying Allah whereas prostration is the place for beseeching Allah; the messenger of Allah said, ‘As for bowing, glorify your Lord when in that position and as for prostration, exhort your efforts in supplication, for it is very possible that you may be answered.’7 This is exemplified in the Prophet’s practice; when bowing he would sometimes say, ‘O Allah, to You I have bowed, in You I have believed and to You I have submitted. My hearing, sight, mind, bones, tendons and what my feet carry are humbled before You.’8 Ibn Rajab comments, ‘This is an indication that the Prophet’s humbleness when bowing is manifested in all of his limbs, the greatest of them being the heart which is their king…a servant’s expression of humility and reverence for Allah comes to perfection when at the time of being humbled before Him during the act of bowing and prostration one describes his Lord with attributes of magnificence, grandeur, greatness and loftiness; it is as if he is saying, “Meekness and reverence is my depiction whereas loftiness, greatness and grandeur is yours”.’9

This dignified level that the heart arrives at is the secret of its vitality and the foundation of its devotion for its Lord. A servant can develop this neediness through two matters: (i) realisation of the greatness and might of the Creator and (ii) realisation of the weakness and incapacity of creation.

Concerning the first matter, the more a slave gains in knowledge of Allah and of His names and attributes the greater will be his need for Him and his humility before Him. Al-Fudayl Ibn ‘Iyad said, ‘The reverence a servant holds for Allah is dependent on how well-acquainted he is with Him’10. Reflecting on the verses of the Quran and narrations [ahadith] that mention Allah’s most beautiful names and most lofty attributes causes one’s heart to be taken aback out of veneration of the Lord, and awe of His power and omnipotence.

Allah says, ‘Allah! None has the right to be worshipped but He, the Ever Living [al-Hayy], the Self-Sustaining Who sustains and protects all that exists [al-Qayyum]. Neither slumber nor sleep overtake Him. To Him belongs whatever is in the heavens and whatever is on earth. Who can intercede before Him except with His permission? He knows what happens to them (i.e., His creatures) in this world, and what will happen to them in the Hereafter. And they will never encompass anything of His Knowledge except that which He wills. His footstool [kursi] extends over the heavens and the earth, and He feels no fatigue in guarding and preserving them both. And He is the Most High [al-‘Aliyy], the Most Great [al-‘Adhim].’11 He also says, ‘They made not a just estimate of Allah such as is due to Him. And on the Day of Resurrection the whole of the earth will be grasped by His Hand and the heavens will be rolled up in His Right Hand. Glorified is He, and High is He above all that they associate as partners with Him!’12 Abdullah Ibn ‘Umar, may Allah be pleased with him, relates that Allah’s Messenger said, ‘Allah will fold the Heavens on the Day of Judgment and then He would take them by His right hand and say: “I am the King; where are the haughty ones? Where are the proud ones?” He will then fold the earth with His left and say: “I am the King; where are the haughty ones? Where are the proud ones?’13

Ibn al-Qayyim writes, ‘The Quran is Allah’s speech and Allah makes Himself known to His servants through His attributes. At times He is revealed clad in awe, greatness and sublimity causing necks to bow, souls to subdue and voices to still and so pride dissolves just as salt does in water. On other occasions He is revealed with qualities of beauty and perfection, and He possesses perfect names, beautiful attributes and beautiful actions which signify a perfect essence. This causes love of Him to exhaust all the potency for love found in a servant’s heart. This is of course according to the comprehension a servant has of His beautiful and perfect qualities. So His servant becomes bare of all save love for Him; when someone or something else desires this love to be directed towards it, his heart and interior refuse that outright’. He then said, ‘The summary of this is that He, may He be glorified, acquaints Himself to His slave at times with attributes of a deity14 and at other times with attributes of a lord15. Being cognisant and observing His divine attributes necessitate an exclusive love; a longing to meet Him; a state of intimacy and bliss with Him; happiness in serving Him; competing in attaining His nearness; gaining His affection through obedience; constant remembrance of Him; fleeing from all of creation towards Him and that He alone and none else becomes his sole desire and intent. Being cognisant and observing His lordly attributes necessitate one to rely upon Him, need Him, seek His help, and be humble, reverent and subjugated before Him.’16

As for realising one’s inadequacy and inability, whoever truly knows the position of his own self and that with all the status, authority or wealth that can be acquired he still remains weak and with no definitive control will appreciate his insignificance, his pride will disappear, his limbs will humble and his need for His Master will greaten. He will seek refuge in his Lord and plead profusely before Him. Allah says, ‘So let man see from what he is created! He is created from a fluid gushing forth. Emerging from between the backbone and the ribs. Verily, Allah is able to bring him back (to life)! The Day when all secrets will be examined. Then man will have no power, nor any helper.’17

Ibn al-Qayyim focuses on both of these matters saying, ‘Whoever possesses total exaltation of Allah [al-Haqq] in his heart will find disobeying Him to be very grave because disobeying the Most Great [al-‘Adhim] is not like disobeying one less than Him. Whoever recognises his soul’s status and reality, its essential need for its true Master for every moment and breath he takes and its intense requirement for Him, the crime of disobeying One whom he has persistent need for at all times will be considered to be severe indeed. Furthermore, if he realises his soul’s insignificance whilst recognising the immense standing of whom he disobeys the crime will bear heavy on him and he will embark upon ridding himself of such.’18

Feeling in need of Allah therefore encourages steadfast adherence to piety and obedience. To help us develop this need within ourselves and cause it to flourish we shall, in a forthcoming article, take a look at key signs indicating the existence of this need within a servant.

Previous: The West: Its own Greatest Fear
Next: Philosophy of Truth: A Clash in Perspectives 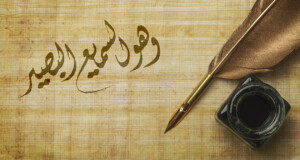 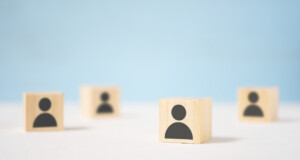 One God Many Names | Al-Barr (The Ever Doer of Good) 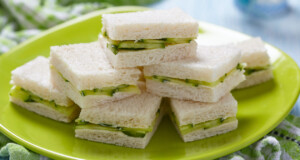