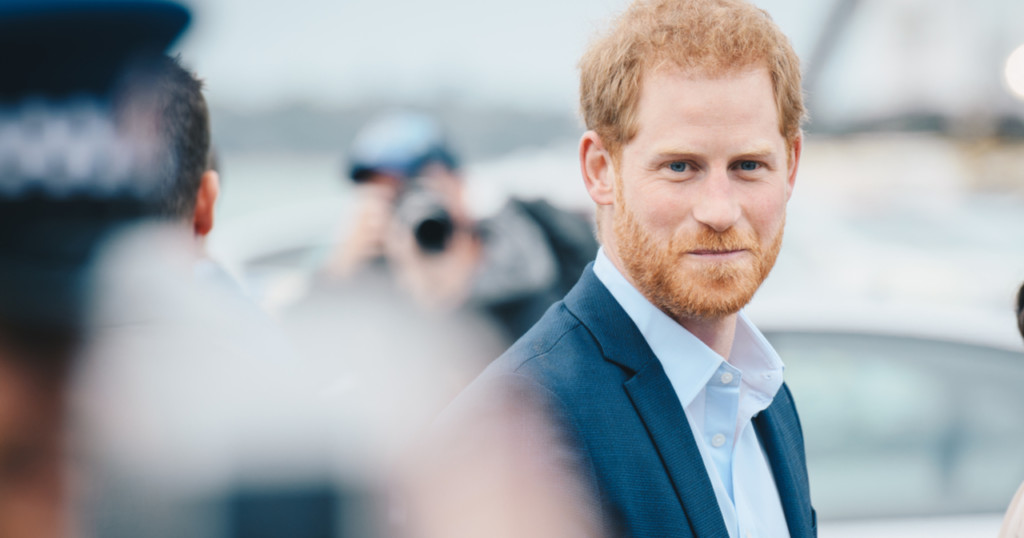 When Prince Harry and his wife Princess Meghan Markle were photographed recently visiting the Auwal Mosque in Cape Town, the city where I became a Muslim, it brought back some truly beautiful memories. It also reminded me of an idea that I hope, God willing, is worth sharing.

It is no surprise that the Prince and his wife received such a warm welcome. The Muslim community in Cape Town is among the most welcoming and diverse communities in the world. Cape Town is one of the most recommended destinations for a Ramadan holiday if you are thinking of spreading your wings.

In the homes of the city’s Muslims, you are as likely to be served traditional Cape Malay cuisine, delicious Nigerian fish soup, warm Ethiopian bread, or even end up seated in front of a fire beneath the shadows of Table Mountain, served a hearty British stew.

Such expansiveness is what we have been promised as Muslims, as Islam moves its inevitable and beautiful way across the earth.

But it was not always like this in Cape Town.

Slaves were banned from practising their faith, but they carried on regardless

The first Muslims to arrive in South Africa were political prisoners, exiled from Batavia for “preaching insurrection” against the plundering Dutch East India Company, the world’s most infamous multinational conglomerate.

Some years after the first prisoners arrived, the first “free Muslims” set foot on Cape Town in 1658. Known as Mardyckers (which means “freedom”), they were not really “free” at all.

Even then, like now, language itself was neatly co-opted. The meanings of words were changed to suit the goals of rulers. These people, most of whom hailed from Amboyna in Indonesia, had to join incursions against the indigenous people of South Africa while providing cheap labour.

They were banned from practising Islam openly by the Statute of India: “No one shall trouble the Amboinese about their religion or annoy them; so long as they do not practise in public or venture to propagate it amongst Christians and heathens. Offenders to be punished with death.” [1]

But they plotted, and Allāh also plots. [2] From 1667 onwards, the Cape became the depository for a host of Muslim resistance leaders from the East. Among them were the rulers of Sumatra, Sheikh Abdurahman Matahe Sha and Sheikh Mahmood. Both are buried in Constantia, Cape Town.

In 1684, the great Sheikh Yusuf of Macassar, born of royal Goa blood, arrived with much fanfare and an entourage of 49, including his two wives, two slaves, 12 children, 12 imams, and several close friends and their families. Sheikh Yusuf had managed to infuriate all Dutch efforts to isolate him and silence him, escaping from their custody twice.

This small community were exiled to Zandvliet in present day Macassar (a windy and sandy place often plagued by floods), far from Cape Town, in the hope that they may cease being a thorn on the Dutch.

But again, this attempt to isolate Sheikh Yusuf proved futile; his residence drew in hundreds of slaves and other exiles, becoming the root of the first cohesive Muslim community in South Africa.

Despite the subjugation of these noble scholars, they offered a great gift to my country: a dynamic and courageous Muslim community. It is alleged that the descendants of this community also included Piet Retief. [3] Retief was not Muslim but was a courageous Afrikaans leader who led the Voortrekkers, those great people who traversed the mountains on foot and with cattle into the hinterland to be free from the British.

Despite the subjugation of the children after their father’s death (all the boys except those under the age of five were forced to work for the company), the children gave this copy of the Qur’ān – a work of intense focus, inspiration, and solitude – as a gift to the very man who oppressed them, Simon van der Stel, Cape governor and representative of the Dutch East India Company in the Cape.

This copy of the Qur’ān has not been found, as far as I know. But another copy was handwritten years later (also by memory) in the 1700s by another person subjected to intense oppression.

The prisoner on Robben Island, the somewhat oblique figure known as Tuan Guru (Mister Teacher), or Abdullah ibn Qadi ‘Abd al-Salam, hailed from the Royal House of Tadore in Indonesia. Tuan Guru was also exiled to Cape Town for his insurrection against the Dutch.

Tuan Guru is credited with having brought the first copy of the Qur’ān to South Africa. More accurately, Allāh sent it down upon him – for it is this one that survived and spread.

This copy was written on Robben Island to inspire the prisoners there – and this it did. It kept hearts alive on that bleak, windswept, salty place with sand so bright it burnt the eyes of the prisoners.

A gift that Allāh keeps alive for us, all the time, everywhere

This brings me to my personal memory. When I left Cape Town after 14 years of living there, I had to return a book to an Islamic library. The book in question was Mohammad Assad’s ‘Road to Mecca’, [4] a beautiful and expansive account of the Austro-Hungarian Muslim convert Leopold Weiss as he travelled across the desert among the Bedouin to the Earth’s most sacred place and became a Muslim.

The book had left me with a sense of spaciousness in my heart and a feeling of great possibility in the unknown road that lay ahead of me. I had one regret though: I had not had time to see the original copy of the Qur’ān written by Tuan Guru that I had heard so much about.

I had wanted so much to see it – this great work by the prisoner-teacher whose dedication to Allāh was, in a sense, responsible for the Islam that I woke up to one day and had no choice but to accept for its logic, purity, love, and necessity in my life and in these times.

I returned the book to the librarian with a bittersweet goodbye, but as I turned to go, something beckoned me into a small gallery space in the library where there were regular displays of Islamic art. As I walked in, the lights were dimmed, and in the centre was a glass box.

I walked up to it, and tears filled my eyes. For there it was, the handwritten copy of the Qur’ān, the one I had longed for, its pages yellowed but not torn, dim under the lights – and it was there just for me, because nobody else was there.

The greatest gift is one of vastness and spaciousness

Reflecting on Islamic history, it is truly incredible how, when Muslims are concerned, great expansiveness can come from places of intense constriction.

This is the wonder of Islam – like a diamond, it is strong and bright, and therefore more desired, when under pressure. This should give all Muslims great comfort in these times.

But as I travel and move among different communities, I notice that it is something that is sadly not accurately reflected to those who do not know Islam – and even to some Muslims themselves. To many who are not shown this light, Islam appears constricted, limited, victimised, and terribly dreary.

For me, reflecting on my time in Cape Town living among its Muslims, nothing could be further from the truth. I remember so many wonderful conversations and beautiful times.

I remember the old aunty with bright eyes, living in a tiny house near District Six that had been given to her as a paltry replacement for the one that had been mowed down by bulldozers during apartheid.

She told me one Ramadan how her great-grandparents, who were slaves, would gather in defiance of the authorities in circles of dhikr at night, lit by candles. It was their words of love to Allāh that sent the angels around the Earth. It was these words that she, under apartheid, knew nothing but to repeat.

I remember another woman dressed so beautifully one day, whose house was being threatened by property developers. This woman told a small gathering of us, a privileged few, not about the home that she was about to lose, but about her ancestors who were taken as cattle herders and slaves by the Afrikaners. Her ancestors left everything they knew and loved in the Cape to find a new land up north.

These resolute people braved mountains terrible in their majesty. They crossed raging rivers and mudslides. They lost children and the elderly. But when the cattle would refuse to cross the sliding mud, and there was no other way across, the Boers would turn to her great-great-grandparents and the other Muslims and call them to the front of the wagon lines.

These people, our people, would then carve the shahada on flat stones pulled up from the deep, red mud of South Africa. They would tie the stones up with leather and hang them around the necks of the great horned cattle of this continent, and when they did that – by Allāh, in the driving storms – the beasts would cross.

This is the history of Islam. It is not just in the Cape – it is everywhere.

This is the Islam you must carry in your heart, and you must go out and use it to light up the world.

For me, Islam is to be found most profoundly in the stories of those who are seen to have lived, and who currently live, under great constriction. Yet in this, they hold the vastness of Islam in their hearts and simply could not – or cannot – keep it to themselves.

Those who hate Islam know very well that when fully and beautifully realised as it was meant to be, this is the only comprehensive system that, when correctly applied (without any taints of the current oppressive system), can truly liberate men and women from the state they are in. This is why it is sullied and fiddled with so much.

Islam presents a life of spaciousness, unending potential, beauty, and a peaceful heart. This is opposed to the confinement, confusion, and pain that is the inevitable result of obedience to and worship of a constant succession of base human beings and appetites.

This was the message of the famous companion Rabi’ ibn Amr (may Allāh be pleased with him), sent as an envoy to the imposing Persian commander Rustum by the commander of the Muslim army, Sa’d ibn Abi Waqqas (may Allāh be pleased with him). Rabi’ ibn Amr explained why the Muslims had brought Islam to his nation, which was one of great opulence and military power.

Sa’d ibn Abi Waqqas selected Rabi’ bin Amr because he had a full heart, and that the worldly demonstrations of glory that he knew would meet him in Persia held no significance for him and would not sway him from his love for Allāh.

When Rustum asked what had brought the Arabs to Persia, Rabi’ ibn Amr said:

“Allāh (the Almighty) has sent us so that we may liberate fellow human beings from subservience to other fellow human beings and bring them to obedience to the One True God. We are here to take them from the narrowness of the world to its spaciousness … We want to bless them with the justice and equity of Islam.” [5]

I pray that Allāh used the people of Cape Town to open your hearts to Islam, like he did with me. I pray you engage openly and thoughtfully with a way of life where you will find all that is good and pure. Your success will be found in contentment, within a heart that is finally at home, and whose horizons are truly vast beyond measure.