This month is sacred, "so do not wrong yourself in it"
Ashura 05/08/20221 Comment11 Mins ReadBy Shaykh Ali Hammuda 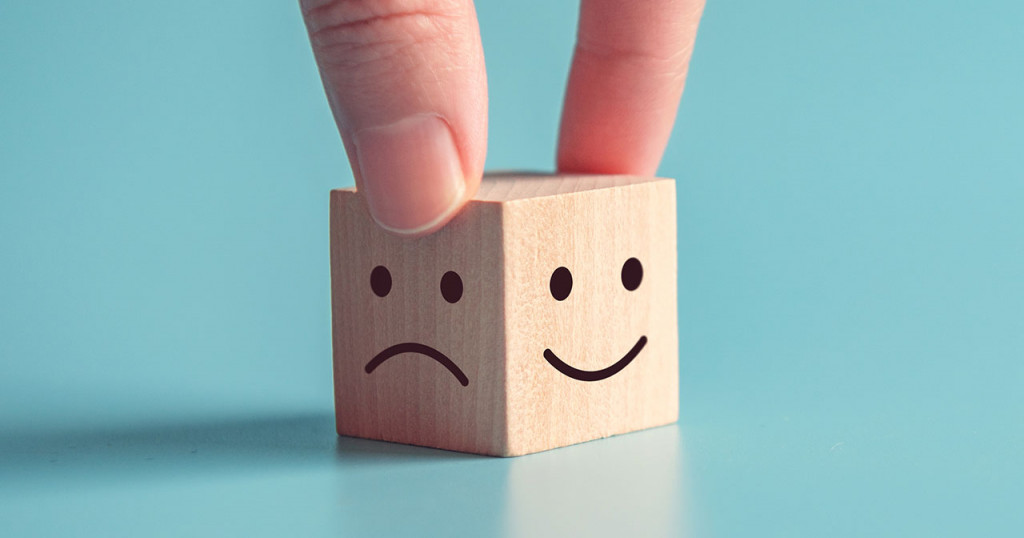 These sacred months are the months of Rajab (the 7th month), and then three consecutive ones – Dhū al-Qa’dah (the 11thmonth), Dhū al-Hijjah (the 12th month) and Muharram (the 1st month), which is our current month.

The tenth day of this month is called ‘Āshūrā, a day of gratitude which we hold in high regard. Ibn ‘Abbās said:

“When the Prophet ﷺ arrived at Madina, he saw that the Jews were fasting the day of ‘Āshūrā. He asked, ‘What is this?’ They said, ‘This is a righteous day when Allah saved the children of Israel from their enemy. So, Prophet Mūsā fasted during it (out of gratitude).’ He said, ‘I am worthier of Mūsā than you’. So, the Prophet Muhammad ﷺ fasted that day and instructed the Muslims to do the same.”[3] He also made the intention, for the following year, to fast the day before it so as to not imitate the Jewish people.[4]

The Prophet Muhammad ﷺ was not imitating the religious practice of the Jews. In fact, he was already fasting the day of ‘Āshūrā  from as early as his time in Mecca[5], well before the fasting of Ramadan was obligated. Even the Quraysh used to fast this day before Islam. The Prophet’s instruction to fast ‘Āshūrā in Madina however made it a religious obligation, however when the fasting of Ramadan was later obligated, fasting on the day of ‘Āshūrā became optional.  When asked about its virtue, the Prophet ﷺ said:

“It erases the sins of the previous year.”[6]

The tenth day of Muharram, the day of ‘Āshūrā, happens to also be the day in which the grandson of the Prophet Muhammad ﷺ – al-Husayn, son of ‘Ali – was martyred in one of the most heart-wrenching tragedies in our history. As a result, the Muslim world – on the day of ‘Āshūrā – is divided between Muslims who fast in gratitude to Allah for the delivery of Prophet Mūsā from the Pharaoh, and Muslims who mourn the death of al-Husayn, wailing and/or even self-harming. It is the latter point on which I wish to pause and reflect in a gentle reminder to parts of our Ummah;

Who are al-Hasan and al-Husayn in the eyes of Sunni Muslims?

The Prophet Muhammad ﷺ said about them both:

“They are my two sweet-smelling roses from this world”[8]

And said about them:

“When the Prophet ﷺ would prostrate during prayer, Al-Hasan and al-Husayn would mount his back. If the companions tried to prevent them, he would wave with his hand to say ‘leave them’. When he would finish his prayer, he would place them both in his lap and say, “whoever loves me must love these two.”[10]

“Allah honoured al-Husayn with martyrdom on this day, and disgraced his killers, those who assisted in his killing or were pleased with it.”

“His killing was an enormous calamity.”[11]

How is one to behave during bereavement?

Grief is not an unfamiliar visitor to anyone. Life is defined by it. Islam, being the most holistic of all guidance, has a valuable contribution to every facet of life, including the frequently recurring, like bereavement. Allah (swt) said:

“We will certainly test you with a touch of fear and famine and loss of property, life, and crops. Give good news to those who patiently endure. Who, when faced with a disaster, say, ‘Surely to Allah we belong and to Him we will return.’”[12]

Furthermore, the example of human perfection was Prophet Muhammad ﷺ who endured bereavement on countless occasions and set the finest example in coping. Upon losing his son, Ibrahim who was a toddler at the time, he said:

“The eye weeps, the heart is grieved, but we only say that which pleases our Lord. We are saddened at your departure, O Ibrahim.”[13]

So, his response balanced between the natural human reaction of weeping and pain, and that of patience and contentment towards Allah’s decree. Interestingly, the exact same narration is found in al-Kulaynī’s book, al-Kāfī, a reference that is considered by (some of) the Shia as the greatest compilation of Hadīth.[14] So we ask those amongst us who react otherwise to bereavement; is your way better or that of the Prophet of Allah ﷺ?

“The Prophet ﷺ declared himself free from the woman who wails during bereavement, shaves her head or tears her clothes.”[15] [16]

“He who strikes his cheeks, rips his garment, or cries with the cry of the Jāhiliyyah (pre-islamic times) is not one of us.”[17]

Interestingly, a similar narration is found in Shia references;

“It is not appropriate to wail upon the deceased or to tear one’s clothes.”[18]

And the following Shia-based narration is attributed to Ja’far al-Sādiq who said:

“Striking one’s thigh at the time of a calamity will render one’s good deeds null.”[19]

So, what then of those amongst us who will self-flagellate, put blade to body and draw blood of young and old in supposed mourning over the martyrdom of al-Husayn on ‘Āshūrā? Allah is most certainly not in need of our hardship nor does the religion encourage the intentional renewal of grief. In fact, when the Prophet ﷺ saw an old man hobbling between his two sons who were helping him walk, he said: ‘what is wrong with him?’, they replied, ‘He has vowed to walk (i.e. not ride)’. The Prophet ﷺ said:

“Allah is not in need of you punishing yourself”, and then instructed him to ride.[20]

Were Muslims to mourn on the days of past tragedies, not a day would pass by without grieving, for great people have lost their lives on almost every day of the calendar. And what greater calamity can there be than the death of the Prophet Muhammad ﷺ, yet none of our predecessors, Sunni or Shia, dedicated a day to mourn his passing. Similarly, Prophets Yahya and Zakaria were killed, yet we have no instruction to take their deaths as occasions for mourning, or that of any prophet. The uncle of the Prophet ﷺ, Hamza, was killed in battle, yet no instruction was given to mourn his death. In fact, the father of al-Husayn, ‘Ali Ibn Abu Talib whom all agree is superior to his sons, was also murdered, yet his children did not instruct nor recommend a yearly mourning nor the visiting of the site of his death.

So, with that said, is the day of ‘Āshūrā one of celebration, as it is in a minority of Sunni communities, or grieving, as it is in some Shia communities? In reality, it is neither, for our occasions of celebration are exclusively the two ‘Eids, whilst intentionally rekindling the pain of past tragedies is also, according to Sunnis, not from the prophetical tradition. Rather, ‘Āshūrā is a day of gratitude for the safe delivery of Prophet Mūsā and his people from the Pharaoh. Naturally, this is not to downplay the death of al-Husayn, for no Muslim would belittle martyrdom, let alone that of the Prophet’s beloved grandson. Rather, it is simply being as Allah intends: grateful when favoured with blessings and patient when tested with pain.

The entire religion of Islam can be summarised in two principles: to single out Allah in worship, and to single out the Prophet ﷺ as the guide from whom we learn how to worship.

The essence of these two principles is captured by the testimoy of faith Lā ilāha ila Allah Muhammad Rasūl Allah [None has the right to be worshipped but Allah, and Muhammad is the messenger of Allah]. The first sentence identifies the Creator, whilst the second identifies the path to the Creator.

Continuing the verse that we started this article with:

“Verily, the number of months with Allah is twelve months, so was it ordained by Allah on the Day when He created the heavens and the earth; of them four are Sacred. That is the right religion, so do not wrong yourselves during them…”[21]

Commenting on this, Qatādah said:

“Wrongdoing during the sacred months is more serious and incurs a greater burden of sin than in other months. Wrongdoing is a serious matter in any circumstance, but Allah makes whatever He wills of His commands carry more weight.”[22]

Notice how two of the sacred months mark an end and the beginning of the Islamic year: so whoever exerts himself in worship in Dhū al-Ḥijjah and in Muḥarram has ended and started the year in worship. It is thus hoped that the entire year will be recorded as worship, as whoever starts and ends any action with worship, will be considered to have been in such a state all throughout those two times.

During this month, show Allah that things are different by making bold changes to your ways, for if the seasons of Ramadan and Hajj are about the replenishing reserves of faith, the month of Muharram is certainly about the launching of the new committed version of yourself on full charge. After all, it was on ‘Āshūrā where Prophet Mūsā rejected the doubters of Allah’s help, saying:

Likewise, there are silent battles in the internally within every Muslim, and so when in doubt of your ability to overcome them once and for all, repeat the timely words of Mūsā; “Absolutely not! My Lord is certainly with me—He will guide me”

[2] Muslim, on the authority of Abū Hurayra

[4] Muslim, on the authority of Ibn ‘Abbās

[5] Al-Bukhārī and Muslim, on the authority of ‘A’isha

[6] Muslim, on the authority of Abū Qatādah

[8] Al-Bukhārī, on the authority of Ibn ‘Umar

[9] Ibn Mājah, on the authority of Ibn ‘Umar

[16] This caution is not exclusive to women. However, the Prophet ﷺ singled them out in mention as such behaviour is usually more commonplace than amongst men

[17] Al-Bukhārī and Muslim, on the authority of Ibn Mas’ūd

[20] Muslim, on the authority of Anas