The Literary Miracle of the Qur’ān Part 1 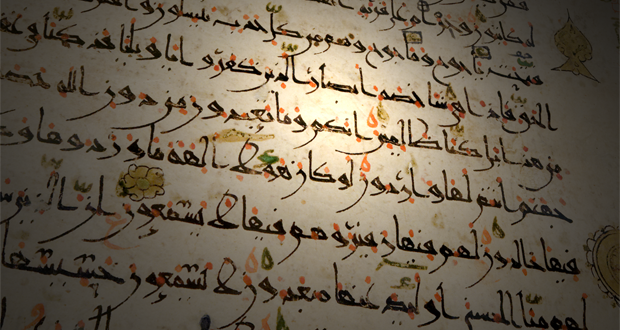 At first glance this incident which involves two of the ruling elite of Makkah, sneaking under the cover of darkness to listen to the recitation of the Qur’ān, and then escaping by dawn for fear of being seen, only to collide with each other, blame each other then agree not to return, only to repeat their folly the very next night, seems bewildering and even comical.

The Qur’ān is the actual spoken words of the Creator. It is not a historical account or a collection of thoughts of a human being, therefore when understood in its original pristine Arabic language it stirs the conscience and can sometimes overwhelm it. For a moment, even the pagan tribal leaders lost themselves as they drifted with the verses of the Almighty and tasted the momentary bliss of the sweetness of faith.

So what is it about this Qur’ān that seems to have a magnetic appeal to the hearts of human beings? Is it a specific literary trait that can be analysed and then eventually reproduced? Evidently not! The Qur’ān itself sets forth a breath-taking challenge to produce a book like it. When this call was not answered in a time where the most eloquent of Arab poets held celebrity status, the challenge was reduced to ten chapters only. When this call was again left unanswered the challenge was reduced to producing a single chapter like it:

“And if you are in doubt about what We have sent down upon Our Servant [Muhammad], then produce a sūrah the like thereof and call upon your witnesses other than Allāh, if you should be truthful.”[2]

Consider a book which touches on every aspect of our existence from the origins of creation to the hereafter; from the ancient civilisations that once dominated the world to events that will occur towards the end of time; from commands of worship to legislation regulating the interaction of human beings; from descriptions of the Divine in vivid detail to descriptions of natural phenomena that have never been described with such grandeur. And all of this, without a single contradiction or oversight. Complete harmony. There is not a single verse which contradicts another verse or a known established scientific fact.

“Then do they not reflect upon the Qur’ān? If it had been from [any] other than Allāh , they would have found within it much contradiction.”[4]

But is the absence of contradiction sufficient to compel faith in the hearts of human beings? For most, probably not. The Qur’ān is not only free from error but has a unique complex style that bears testimony to its divine origin. Orientalists have often charged the Qur’ān as being disjointed, as the majority of chapters do not appear to have a single theme or a sequential narrative. But this claim reveals ignorance of the very essence of the literary miracle of the Qur’ān. Verses glide from one subject to another, dipping into matters of monumental importance in the most succinct manner then rapidly changing subject with the reader remaining undisturbed. There is no confusion, no loss of rhythm. The reader remains captivated marvelling at the divine tapestry as one subject is woven perfectly into another subject.

Consider for example Sūrah at-Talāq (The Divorce), which is the 65th chapter of the Qur’ān. Consisting of only 18 verses spread over two pages you might well expect a mundane legalistic chapter setting out the basic rules of divorce and maintenance. Indeed the opening verse of the chapter is an address to the Prophet Muhammad (Peace and salutations be upon him) and hence by extension the rest of the Muslim nation, that when divorcing women the waiting period must be observed before the divorce takes effect and the marriage is dissolved[5]. Yet within the same opening verse is a command to fear your Lord, to recognise the limits set by Him and not to oppress your own soul by transgressing His limits. Indeed the subject matter changes in this one opening verse between the laws of divorce and fearing God five times without the reader feeling in the slightest bit confused. The transition is so seamless that the reader would indeed object that there has been a transition at all.

In fact all of the different subject matters in this opening verse are connected. Divorce is a traumatic and emotional process for the couple that were once married. When emotions are running high, and the once beloved partner is seen to have betrayed or humiliated the loved one, and families enter a highly charged dispute adding fuel to the fire, the one thing that can dissipate this anger and calm people to make rational decisions based on divine guidance is of course, the fear of God. Without the fear of God, and without clear legislation, with each partner feeling aggrieved and supported by their own families, it would only exacerbate the conflict.

So is the converse true? If rapid changes of subject matter masterfully woven together, connected by an underlying theme are part of the literary miracle of the Qur’ān, surely repetition would be absent. Repetition is boring and mundane. If I were to state a sentence repeating the same word twice therein the flow would be disturbed and the reader would feel annoyed and question why I couldn’t be more creative. If I repeated the entire sentence twice the reader would almost certainly lose interest. Not so with the Qur’ān. The Qur’ān frequently uses repetition for emphasis, again in a seamless manner that does not disturb the rhythm of the verse or even alert the reader that repetition has taken place. Let us return to Sūrah at-Talāq. The explicit command to “fear God” is repeated an astonishing five times over two pages yet the reader feels no boredom. Each command through its context carries a different and unique shade of meaning that is complimentary to every other command. Each command is accompanied by a unique benefit profoundly important in the life of the believer. Each command stands alone in establishing core principles of faith such as God provides to those who place their trust in Him from avenues they could have never imagined[6], and that God expiates sins from those who fear Him recognising the fallibility of human beings[7].

Consider that in this one short chapter two completely opposite literary techniques are simultaneously employed while explaining the day to day rules of divorce and maintenance. You may wonder what the conclusion should be of a chapter that provides legislation in matters of divorce, the waiting period, the right of maintenance during pregnancy and the suckling period, and recognition of the relevance of the financial status of the husband. In fact the final five verses shift to scenes of previous nations destroyed for rejecting revelation, compared to the glad tidings of paradise to those who followed the Prophets. The final verse then again shifts to the very act of Creation and the nature of the universe, ending with a testimony to the irresistible power of the Creator and His all encompassing knowledge[8].

When you read the words of the Qur’ān through an impartial literary lens, the conclusion is inevitable. The Qur’ān is unique and there has not been a single historically validated claim that any piece of literature matches its style and eloquence. Its authorship transcends the abilities of human beings who have already peaked with their poetry, novels and plays.

Some historical commentators consider the incident of the recitation of Sūrah an-Najm to be the first time that the Prophet Muhammad (Peace and salutations be upon him) recited the Qur’ān in public in front of a Muslim and non-Muslim audience. Their response, however short lived, perhaps expresses the only fitting response when the verses of the Qur’ān are recited: To prostrate to the ground in awe and marvel at its author.