Are you ready for our first ever NATIONAL CAMPAIGN?
Home / Seasonal Reminders / Ashura / ʿĀshūra, Fasting, and False Religions 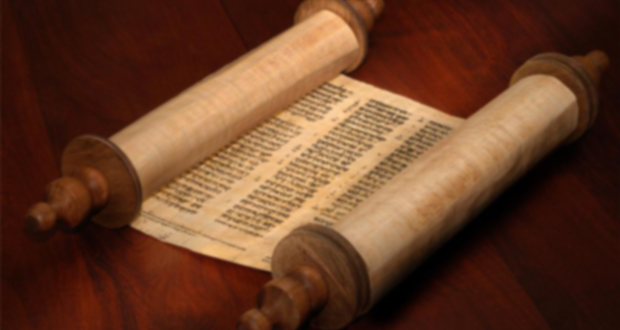 When the Prophet (sall Allāhu ʿalayhi wa sallam) migrated to Madīnah, he noticed that the Jews who also lived there fasted on the same day he would fast in Makkah: the ʿĀshūra. Upon inquiry he found that the Jews were expressing their gratitude to God for the victory given to Moses, their Prophet, and his people over Pharaoh and his disbelieving nation. The Prophet’s response defines the relationship between Him, Muslims and Moses; he said, “we have more right to Moses than you.” He commanded the Companions to fast on the day, and henceforth fasting ʿĀshūra was made compulsory on Muslims although it was later abrogated when fasting the month of Ramaḍān was made compulsory on Muslims in the second year of Hijrah.

Muḥammad (sall Allāhu ʿalayhi wa sallam), Islām and Muslims are closer to Moses, Jesus, and all the other Prophets they attribute themselves to than others who claim to follow Abrahamic faiths. All Prophets came with Islām, the pure Islām – pure Christianity is in fact Islām and the same goes for Judaism. Christianity and Judaism here mean the original religions brought by Jesus and Moses, respectively. However, Islām as a religion is, and should be, senior to any other religion in all matters. The Qur’ān confirmed these principles in numerous verses; in the Qur’ān we read,

“And We have sent down to you the Book [this Qur’ān] in truth, confirming the Scripture that came before it and Muhayminan (trustworthy in highness and a witness) over it (old Scriptures). So judge between them by what Allāh has revealed, and follow not their vain desires, diverging away from the truth that has come to you. To each among you, We have prescribed a law and a clear way. If Allāh willed, He would have made you one nation, but that [He] may test you in what He has given you; so strive as in a race in good deeds. The return of you [all] is to Allāh; then He will inform you about that in which you used to differ.”[1]

“It is He Who has sent His Messenger with guidance and the religion of truth (Islām), to make it above all religions even though the polytheists, hate [it].”[2]

Ibn ʿAbbās (raḍiy Allāhu ʿanhu) confirmed that he “never saw the (sall Allāhu ʿalayhi wa sallam) so keen to make sure he fasted on any day preferring it over another except this day, the day of ʿĀshūra’, and this month – meaning Ramaḍān.”[3] Moreover, Abū Qatādah narrated that the Prophet (sall Allāhu ʿalayhi wa sallam) said that, “Fasting the day of ʿArafah I hope Allāh will expiate the year before it and the year after it, and fasting the day of ʿĀshūra’ I hope Allāh will expiate thereby for the year that came before it.”[4] Those sins that are expiated are the minor ones.

Some narrations confirm that the Jews used to celebrate this day. The great companion Ibn ʿAbbās confirmed that the Prophet never sought to fast a day as he would seek to fast the day of ʿĀshūra hoping for its reward. It was reported that Ibn ʿAbbās and other scholars from the second generation used to fast two days in order to make sure that they fasted the day of ʿĀshūra. This measure was carried out as a safeguard against the possible variation in the start of the lunar month and hence the allocation of the day of ʿĀshūra. In fact, it was reported that Ibn ʿAbbās and some of the scholars from the second generation would even fast on ʿĀshūra whilst travelling. When he was told about the Qur’ānic verse about making up whatever days were missed from Ramaḍān due to illness or travel, he replied by stating that Ramaḍān could be made up but not ʿĀshūra.

Towards the later days of the life of the Prophet (sall Allāhu ʿalayhi wa sallam), he was commanded to distinguish himself from the People of the Book in their religious practices. He declared that he would fast the ninth day of Muharram along with the tenth day, ʿĀshūra day. This is a measure that must be followed in order to confirm the uniqueness of the Islamic way of life which is based on pure Islamic monotheism that has not been distorted or completely altered as other religions have been.

This is a brief summary of the ʿĀshūra story and its role in defining the relationship between Islām and other innovated and/or distorted religions.

Previous: Returning Jihadis aren’t so bad, I used to be one
Next: Sheikh Mohammad al-Muqri has Returned to Allāh