The Universal Laws of Allāh 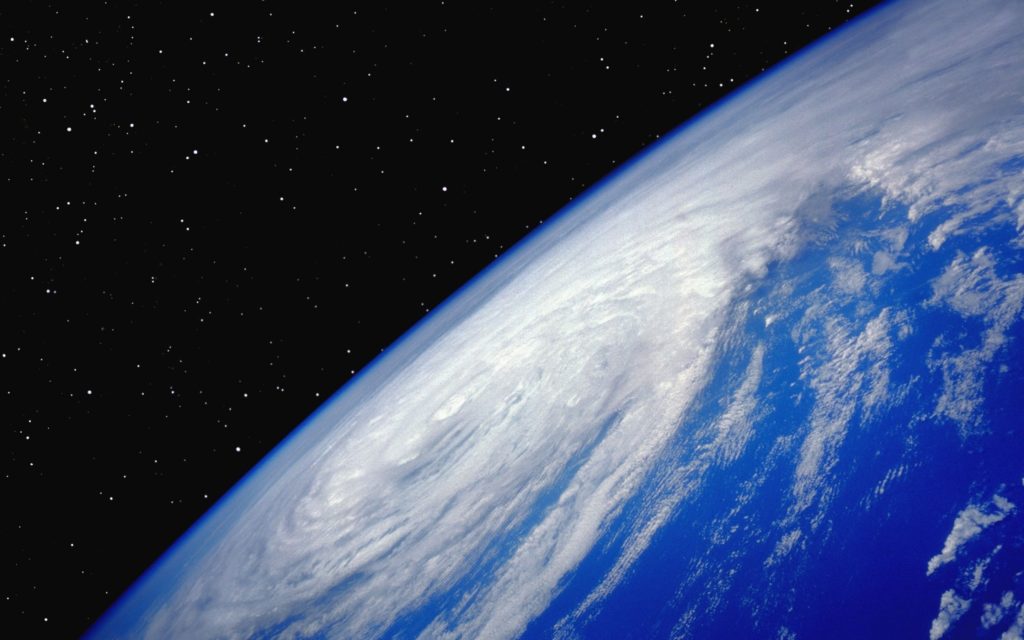 From the manifestations of Allāh’s lordship is that He governs and sustains the affairs of life in entirety. To Him belongs the dominion. He is the one who directs all the affairs to do with creation, command and recompense. To Him belongs the whole of creation; all of it is subservient to Him, owned by Him and in continuous need of Him.

“And We did not create the heaven and earth and that between them in play.”[1]

Thus, Allāh (subḥānahu wa ta’āla) created the heavens and the earth based upon laws which govern their very existence and has made mention of many of them in many places in His book:

“And the sun runs [on course] toward its stopping point. That is the determination of the Exalted in Might, the Knowing. And the moon – We have determined for it phases, until it returns [appearing] like the old date stalk. It is not permitted to the Sun to catch up the Moon, nor can the Night outstrip the Day: Each (just) swims along in (its own) orbit (according to Law).”[2]

A universal feature that one will find with such laws is that of consistency and regularity. Gravity is an example of such a law. If the earth’s gravitational pull fluctuated and was irregular, the earth would not habitable. Likewise, if the boiling or freezing point of water were inconsistent, life would be unbearable and perhaps even impossible. Thus Allāh (subḥānahu wa ta’āla) declares such phenomena to be signs of His lordship:

“And a sign for them is the dead earth. We have brought it to life and brought forth from it grain, and from it they eat.”[3]

“Indeed, in the creation of the heavens and earth, and the alternation of the night and the day, and the [great] ships which sail through the sea with that which benefits people, and what Allāh has sent down from the heavens of rain, giving life thereby to the earth after its lifelessness and dispersing therein every [kind of] moving creature, and [His] directing of the winds and the clouds controlled between the heaven and the earth, are signs for a people who use reason.”[4]

“If the hypocrites and those in whose hearts is disease and those who spread rumors in al-Madīnah do not cease, We will surely incite you against them; then they will not remain your neighbors therein except for a little. Accursed wherever they are found, [being] seized and massacred completely. [This is] the established way (sunnah) of Allāh with those who passed on before; and you will not find in the way (sunnah) of Allāh any change.”[5]

“And they swore by Allāh their strongest oaths that if a warner came to them, they would be more guided than [any] one of the [previous] nations. But when a warner came to them, it did not increase them except in aversion. [Due to] arrogance in the land and plotting of evil; but the evil plot does not encompass except its own people. Then do they await except the way (sunnah) of the former peoples? But you will never find in the way (sunnah) of Allāh any change, and you will never find in the way of Allāh any alteration.”[7]

“Similar situations [as yours] have passed on before you, so proceed throughout the earth and observe how was the end of those who denied. This [Qur’ān] is a clear statement to [all] the people and a guidance and instruction for those conscious of Allāh.”[8]

It is for this reason that it is wrong for us to read the verses that speak about disbelieving people and then think that they cannot be applied to us. Rather, from the reasons why Allāh (subḥānahu wa ta’āla) mentions such incidents, is to warn the believers not to follow in their footsteps and therefore face a similar fate to theirs.

It must be clear at this point that sunan that pertain to social matters can only be determined by Allāh (subḥānahu wa ta’āla) and His messenger (ṣallāhu ‘alayhi wa sallam) since these sunan are unlike the universal sunan which are empirical by nature. It is the aim of these articles to provide an insight into some of these sunan based on scriptural evidence and in particular, the sunnah of social revival and change.

As it has been already stated, these sunan are determined by scriptural evidence since they are not generally empirical by nature. In fact in many cases one will find that perhaps logic might lead to a different conclusion of what the sunnah of Allāh (subḥānahu wa ta’āla) states. For example, the Prophet (ṣallāhu ‘alayhi wa sallam) said:

“Wealth does not decrease by giving charity.”[9]

Logically, one would assume that when one gives some of their wealth away in charity, their wealth would decrease. However, the very opposite is true. The scholars of Islām have interpreted the aforementioned narration by stating that Allāh (subḥānahu wa ta’āla) blesses the person’s remaining wealth such that his wealth will be more fruitful and rewarding or that Allāh (subḥānahu wa ta’āla) will replace that wealth that the person had given by providing him greater sustenance in the future. Likewise, logic might dictate that social reform, eradication of evil and achieving prosperity can only really occur through the change of government since it is the most influential mechanism to shape public opinion and see to people’s needs. However, a study of the Qur’ān and sunnah will show that the matter is not as simple as that. The important point that needs to be understood here is that the Qur’ān and sunnah has to be studied in depth to learn these sunan such that people are not fooled by what is apparent and therefore choose to ignore these divine injunctions.

“And those cities – We destroyed them when they wronged, and We made for their destruction an appointed time.”[10]

“Indeed, Allāh will not change the condition of a people until they change what is in themselves.”[11]

Sometimes conditional phrases are used so as to indicate these sunan:

“Whoever does righteousness, whether male or female, while he is a believer – We will surely cause him to live a good life, and We will surely give them their reward [in the Hereafter] according to the best of what they used to do.”[12]

“O you who have believed, if you support Allāh, He will support you and plant firmly your feet.”[13]

The sunan of Allāh (subḥānahu wa ta’āla) are many and thus have not been enumerated as an exclusive list. Amongst these sunan are the following:

Part two of this article will discuss some of these sunan in detail inshā’ Allāh.

Share. Facebook Twitter LinkedIn Email Telegram WhatsApp
Previous ArticleCan you blame Muslims for wanting to segregate?
Next Article [al-Taḥawiyyah Pt 29 & 30] All Claims to Prophethood after Him Are False and A Prophet to Both Man and Jinn