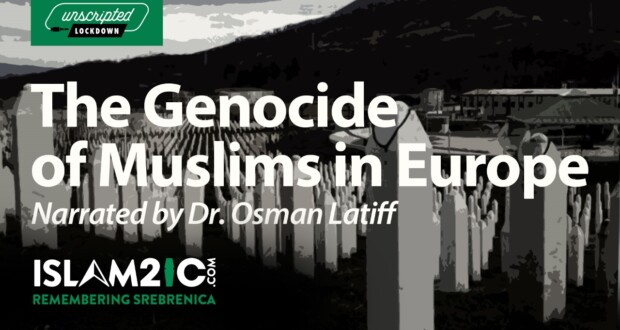 The Muslim Genocide in the Heart of Europe

Bosnia is known as the ‘Princess of the Islamic World’ due to its breath-taking natural beauty.

For centuries people from the three Abrahamic religions lived together side by side, but the years of 1992-1995 tell of a different, ghastly story in which more than 100,00 were killed in a genocide, in which 50,000 women were raped. Bosnian Muslims were raped, tortured, and executed sometimes by people they knew – neighbours, teachers, friends.

The genocide was brutal, bringing terror, death, and destruction to thousands of victims, and sorrow, tragedy, and trauma to countless more. Dr Uthman Latiff gives a haunting insight into the Srebrenica genocide which began on 11th July 1995 and became the worst massacre in Europe since WWll.

Previous: Yemen: UK to resume arms sales to Saudi Arabia despite world’s worst humanitarian crisis
Next: The Case for BDS Against the BJP