The Prophet Muhammad ﷺ called Muharram “Allah’s month”, and it is the first month of the Islamic calendar.

"The best fasts after Ramadan is in the month of Allah, Muharram, and the best prayer after the obligatory prayer is prayer at night." 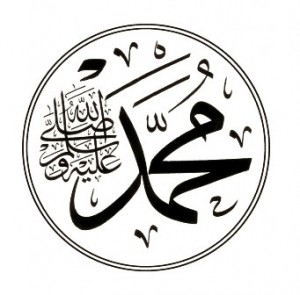 Prophet Muhammad ﷺ
Sahih Muslim
"Verily, the number of months with Allah is twelve, so was it ordained by Allah on the Day when He created the heavens and the earth; of them four are Sacred." 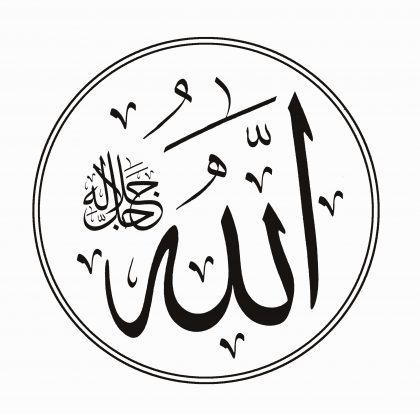 Qur'an
9:35
"The year consists of twelve months of which four are sacred: three consecutive months, Dhu’l-Qa’dah, Dhu’l-Hijjah, Muharram, and Rajab..."

A month of fasting

The Prophet ﷺ encouraged us to fast as much as possible in Muharram, particularly the 10th (Āshūrā)

looking back at the last year

Some of your most read articles

Words Have Power: A Sacred Truth From the Qur’an

Ten Tips To Help With Anxiety

Did the Tragedy of Little Rayan in Morocco Wake Us Up?

Sh Haitham: Does the Taliban Have What It Takes?

In Their Shoes National Campaign

Our first nationwide campaign was In Their Shoes, which aimed to make toxic the practice of weaponising children in marital disputes. Dozens of Muslim organisations took part including over a hundred khatibs signed up for a national khutbah day.

This unique series is based on a fictional character, Adam, who has lost his father but is applicable to anyone who has experienced any form of sorrow, whether it may be theft, illness, betrayal, or rejection.

More than a thousand people turned out in front of the Chinese embassy in what was the largest demonstration of Uyghur solidarity ever to be organised by non-Uyghurs.
Click to visit the Stand4Uyghurs site. 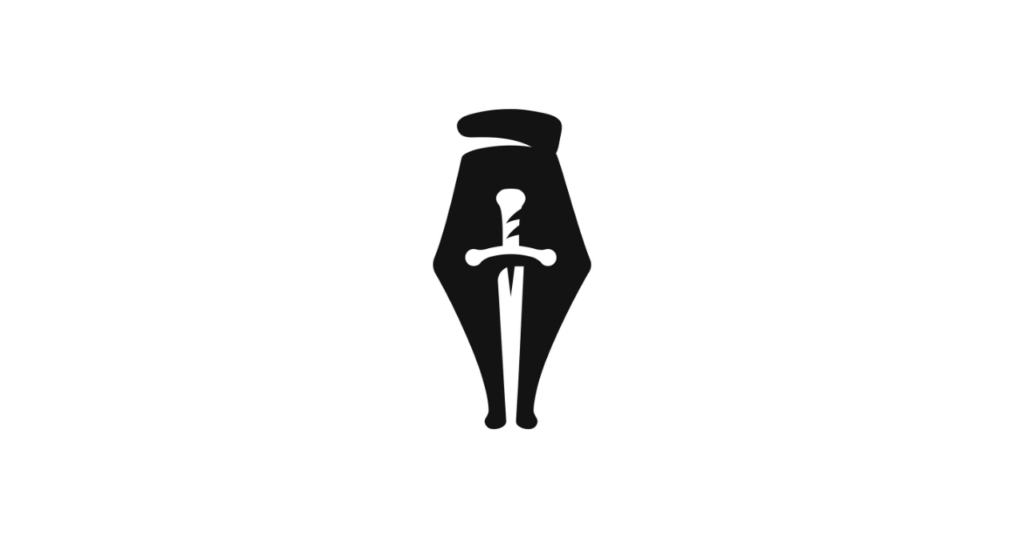 Scholars that rebelled against tyranny 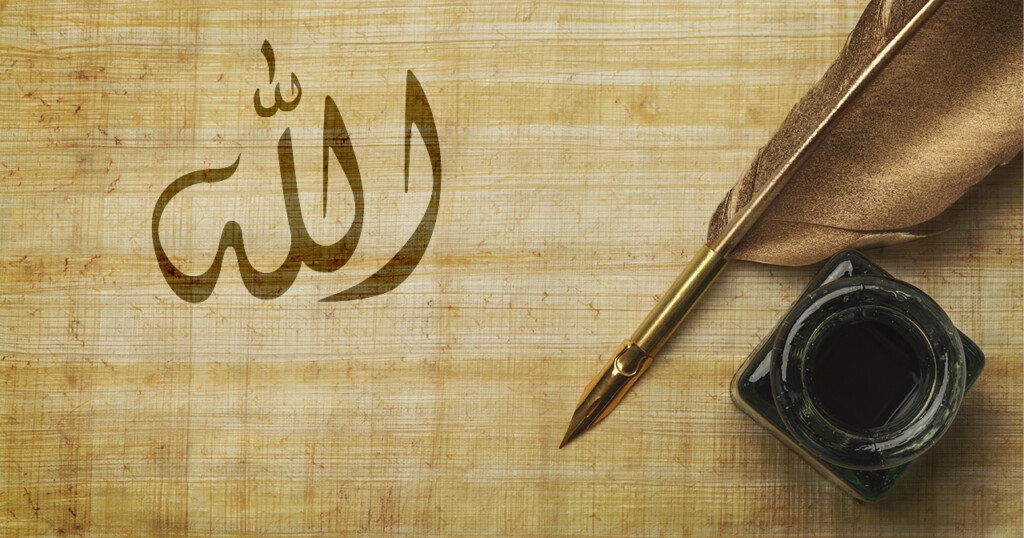 One God: Many Names 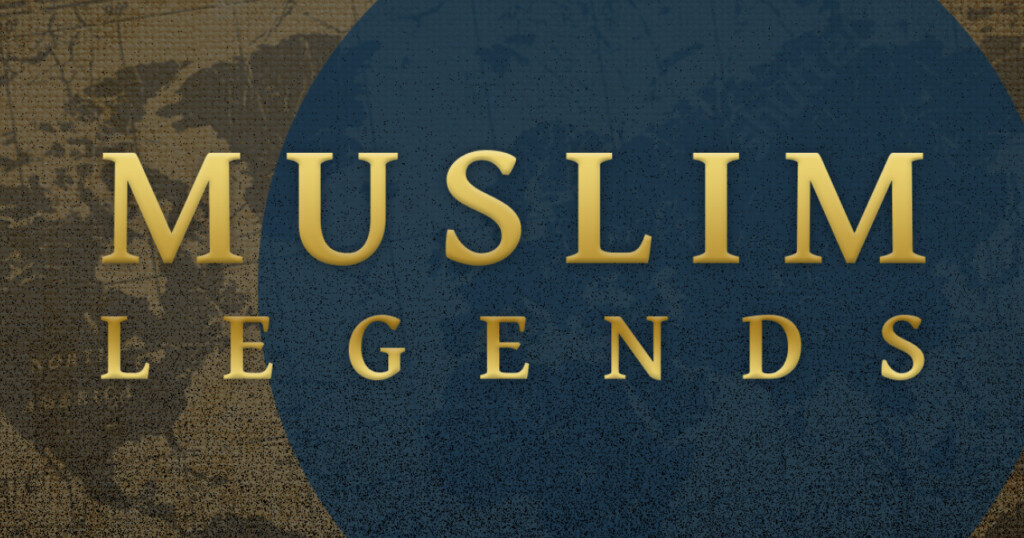 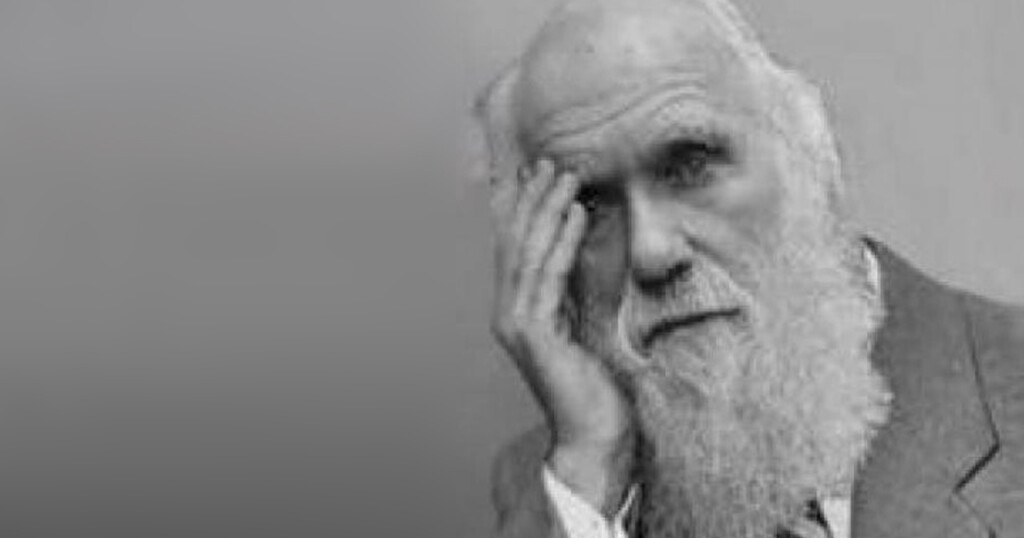 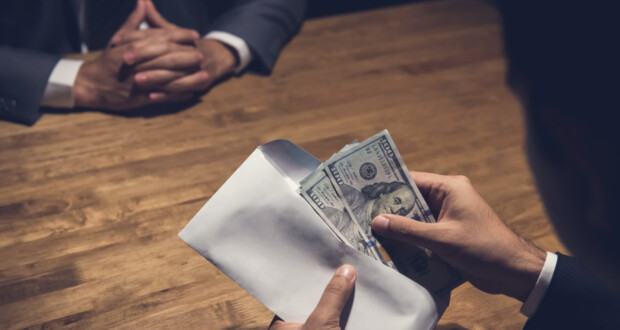 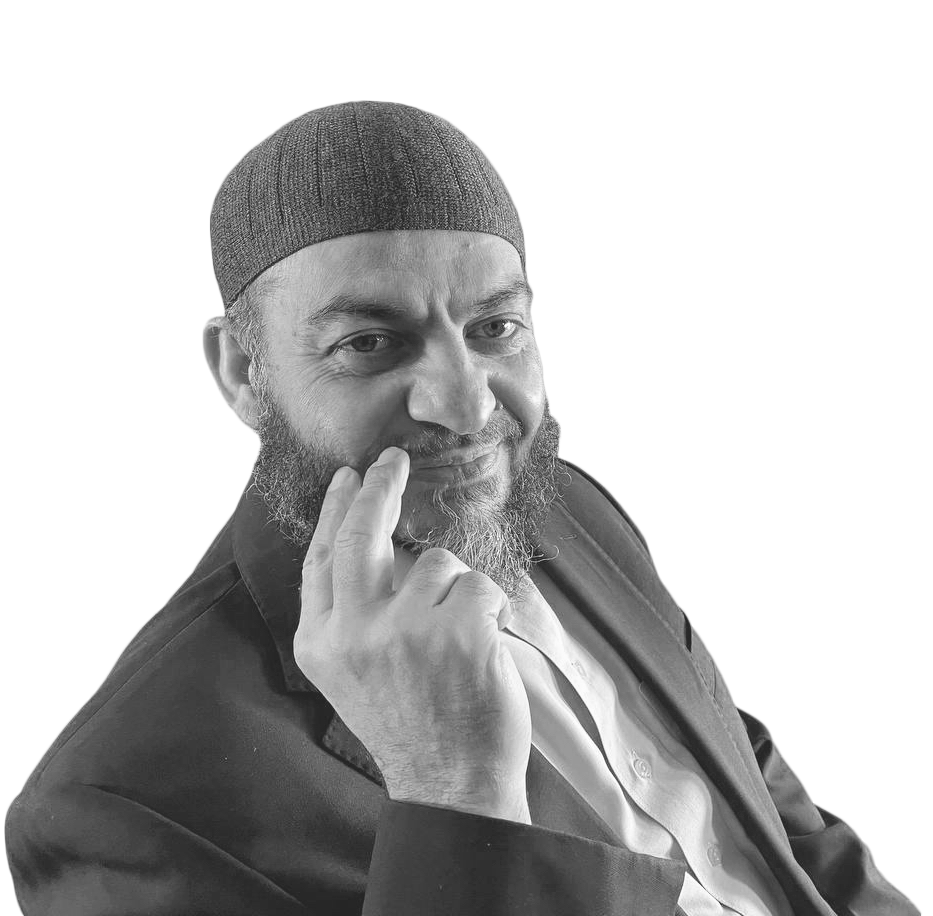 I - It commemorates the most significant incident in human history

Firstly, it is linked to our Prophet (sall Allāhu ʿalayhi wa sallam) and believing in him as the final messenger to humanity is one of the pillars of Islam and our faith as Muslims. This takes us into our great history and the most significant incident in history: the emigration of the prophet from Makkah to Madinah. That amazing journey has numerous lessons that scholars until now discover. However, the key lesson of that journey is the key meaning behind that journey. It is a transformational journey by which the ummah began to be formalised, with Islam building a new form of society based on surrendering to Allah alone with all the unique values and ethics associated with it. It is the first state to apply full justice on all members of that society. It is the only model at that time where the ruling power was treated equally to all subjects of that system.

II - It is required to practice Islam

Secondly, three other pillars of Islām are carried out according to the Islamic calendar: Zakāh, fasting and the Ḥajj.

III - It was intended by the Creator before we were created

Thirdly, In addition to these pillars, there are a number of other Islamic activities and practices that should be implemented in accordance with the Islamic calendar. Allāh says,

In his exegetical work al-Qurtubi said about this verse that “on the Day when He created the heavens and the earth” demonstrates that His ordainment was even before the act of creating the heavens and earth, and He calculated these months, named and ordered them on that day. He revealed the knowledge of this ordainment to Prophets in the form of revelation. This is the meaning of “the number of months with Allāh is twelve months (in a year)” – its ordainment is everlasting. Al-Qurtubi went on to say that this verse indicates that the laws of worship and other things pertain to months and years as understood by the Arabs rather than months as understood by non-Arabs, the Romans and the Copts, even if their months do not extend beyond twelve months.

The division of time has turned to its original form which was in existence the day Allāh created the heavens and earth. The year consists of twelve months of which four are sacred: three consecutive months, Dhu’l-Qa’dah, Dhu’l-Hijjah and Muharram, and Rajab of Mudhar which comes between Jumada and Sha’bān.[4]

IV - It begins and ends with sacred months

Fourthly, the first month of the Hijri year, Muharram, is a sacred month which has a number of key virtues. Some scholars considered it as the best month after Ramadan.

It has been narrated from the Prophet (sall Allāhu ʿalayhi wa sallam) that after Ramadan, the most rewarding time to fast is in the month of Muharram. It was narrated that Abū Hurairah (raḍiy Allāhu ʿanhu) said, “The Messenger of Allāh (sall Allāhu ʿalayhi wa sallam) said: ‘The best fasts after Ramadan is the month of Allāh – Muharram, and the best prayer after the obligatory prayer is prayer at night.’”[5]

The Prophet called this month the month of Allāh as an indication of its great status.

Al-Hāfidh al-Suyūti said: I was asked as to why Muharram is singled out as the “month of Allah” from the rest of the months, although other months have equal merit or even more than it, such as Ramadan. I found the following answer: for this is an Islamic name unlike the rest of the months, for their names were there during the times of Jāhiliyya (Ignorance). As for the name Muharram it was known as Safar al-Awwal during Jahiliyya, after it was Safar al-Thāni. When Islam came Allah called it Muharram, so it was attributed to Allah because of this consideration.

V - Many rulings are connected to it

Fifthly, many other rulings are connected to the Hijri calendar. Included is the ʿiddah of a female widow as four lunar months and ten days. The ʿiddah of a woman who does not see a period due to age is three lunar months. Allāh tells us in the Qur’ān,

If the signs of bulūgh (puberty) within an individual are absent, bulūgh is determined according to the Hijri calendar and not the Gregorian one. The kaffārah (expiation) for sexual intercourse during Ramadan, zihār, and killing by mistake, is fasting two Hijri months consecutively, which are between 29 and 30 days. It was narrated from Ibn ʿUmar (raḍiy Allāhu ʿanhu) that the Prophet (sall Allāhu ʿalayhi wa sallam) said,

It is noticeable that more people have started to be more aware of this Hijri calendar. More people are extending greetings and congratulating for the Hijri new year. This is great improvement alhamdulillāh. We don’t want to make this as an issue in our context, rather we should be proud that our ummah is getting back to its legacy and heritage. 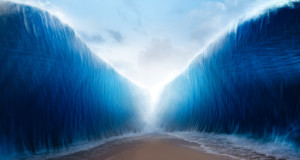 ʿĀshūra and Remembering the Real Legacy of Mūsā

Is this magnificent legacy that we have inherited limited to following a single tradition of his in fasting the day of `Āshūra? Or does our right to Mūsā (ʿalayhi al-Salām) extend beyond such a limited understanding? 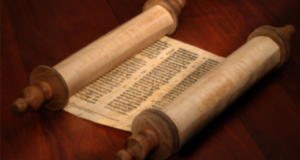 Sh Haitham al-Haddad gives a brief summary of the ʿĀshūra story and its role in defining the relationship between Islām and other innovated and/or distorted religions. 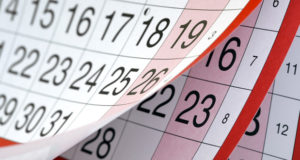 Many of us will be unaware that we have entered a new Hijri year—1441. Had today been January 1st, every one of us would know about it and some may have even celebrated it. Have we become detached from our heritage? 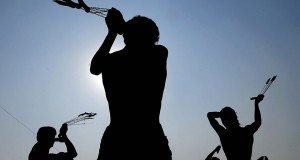 Much confusion surrounds this day. Some Muslims treat this occasion as a day of celebration and joy, and a time where special dishes are prepared. Conversely, some spend the very same day, beating and injuring themselves, and marking it as a day of sadness and mourning.

Why is Muharram singled out as the “month of Allah” from the rest of the months? 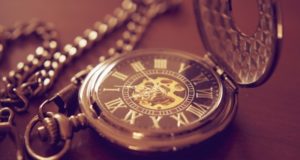 ARE YOU READY TO FOR ĀSHŪRĀ'S

If we truly wish to commemorate the vanquishing of Firʿaun and his army, as well as the salvation of Mūsā (ʿalayhi al-Salām) and his people, we must remember the background to this glorious day and the events that preceded it...
— Fahad Ansari —ʿĀshūra and Remembering the Real Legacy of Mūsā 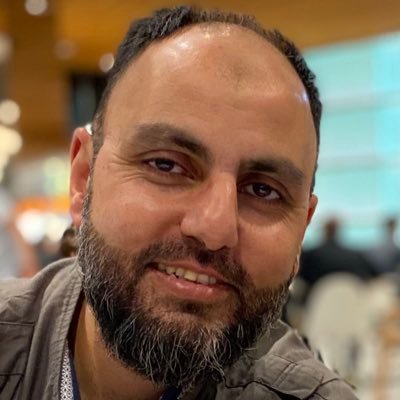 We live in times where the excesses of the heretics have obscured the true significance of Muharram in general and ʿĀshūra in particular...
It is high time that orthodox Muslims reclaimed Muharram.
— Ust Sohail Abu Haneefah —Reclaim Prophet Musa in Muharram 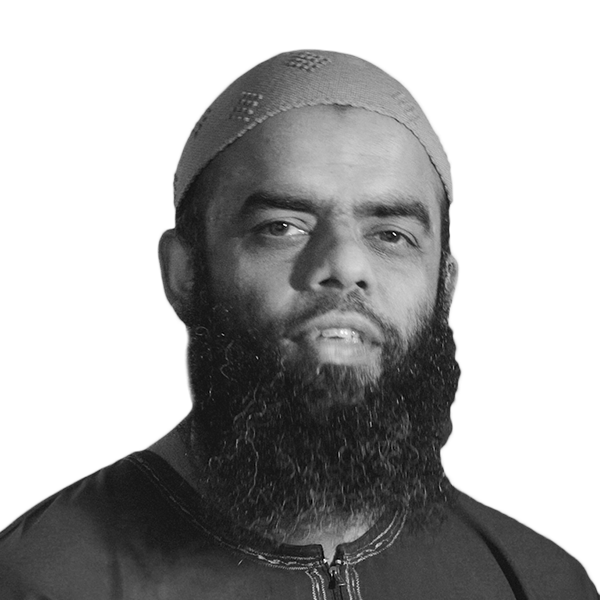