Dawuud Kangudi Loka is a business student at Holborn College. Raised in Germany in a Congolese household Dawuud was able to speak up to three languages. He travelled across the globe participating in da'wah initiatives. As an artist and creative he is been behind many online campaigns such as Da'wah men in Brazil. He is also contributor on the Internchange blog.

Black History Did NOT Start With Slavery 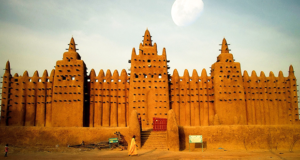