WHAT MONTH IS THIS?
Home / Subboor Ahmad

Subboor is a public speaker, debater and writer. He focuses on engaging with New Atheism and has also traveled extensively across the globe teaching Muslims how to articulate Islam to non-Muslims. He specialises in the philosophy of science with a focus on Darwin's theory of evolution. He has debated many prominent atheists over the years, including professors, atheist activists and internet personalities, on the topics of science, God's existence and Darwinism. He is currently a PhD candidate specialising in the philosophy of biology.

Evolution Lends No Weight To Atheism

Philosopher of science Hugh Gauch explains, "the idea that science supports atheism is to get high marks for enthusiasm but low marks for logic.”

END_OF_DOCUMENT_TOKEN_TO_BE_REPLACED 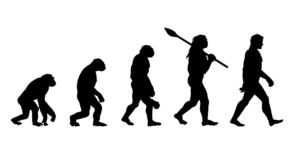 Far from popular belief, the biggest critics of Darwin's theory of evolution are in fact other evolutionary biologists, writes Subboor Ahmad

END_OF_DOCUMENT_TOKEN_TO_BE_REPLACED

Qur’an vs Science – whose side are you on?

In this new series, Darwinian Delusions, Subboor Ahmad and Dr Salman Butt probe the intellectual foundations of science to clear some common misconceptions used by atheists.