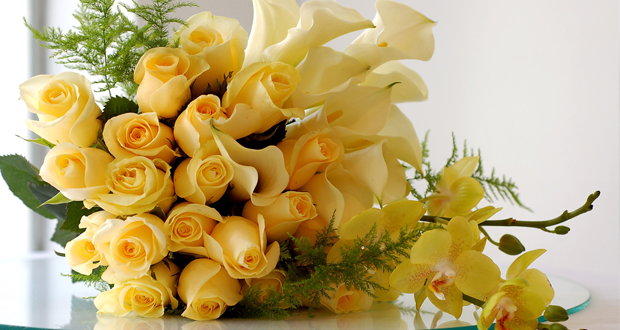 A Collection of Humble Thoughts

In recent years it’s been quite a hard task to get me to write anything about anything, as some will attest to. It has therefore taken quite a strong wave of emotions which I’m currently feeling to get me to put these humble thoughts into words.

It’s a sad moment for us all, but all good things must come to an end.

I write this after leaving the last of the evening prayers in the King Khaled Mosque in Riyadh, Saudi Arabia, as our good friend Ramadhan packs his bags to depart at sunset tomorrow.

And during the final supplication the thousand or more people gathered at the mosque, all of us, we all felt it. That feeling that someone was leaving, a good friend, someone who’d brought us a lot of happiness and joy. But sadly that dear friend was parting from our company and taking a part of us with him.

The Imam summed it up in his prayer, “Oh Lord” he cried as his voice bellowed through the speaker, “As this month of Ramadhan comes to an end, do not let it go except that we have been pardoned and have had our good actions accepted”. “Aaameen” came the unified response from the throngs of people in the congregation, all with their hands raised to the heavens and their eyes filled with tears, a much louder response than usual as what was evidently their final prayer for acceptance shook the huge marble walls of the mosque.

As the final unit of the final prayer of the final night of Ramadhan ended and people rushed out to get home to eat before sunrise, a feeling of sadness overwhelmed me and a sinking feeling gripped my stomach as I beheld the crowd of red eyed faces and pondered over the fact that this was the last time I’d see everyone together like this.

As I stood there I visualised all the things I’d miss once Ramadhan was over, all of the incredible experiences I’d be leaving behind. The amazing congregation at the mosque every night, spending hours together in prayer and supplication. The melodious sound of people all reciting the Qur’an, its hum resonating across the rows of people waiting for the congregational prayer. The constant enquiries from sibling, aunties and cousins about which of the 604 pages of the Qur’an I had reached in recitation as we all vied with each other to finish reciting it once, twice or three times over in the month.

I knew that I’d miss seeing the empty roads as everyone rushed back home to break their fast at sunset. The joy of being around the beautifully set table of food with our family, waiting for the local mosque’s call of prayer to break our fast. The indescribable bliss at the moment that first morsel of food gets washed down with plentiful gulps of water. The awkward silence of the first minute or so when the thought of food means we all forget about talking to each other.

It’s been a month of plentiful memories and vivid experiences leaving me with a very heavy feeling of nostalgia as I recall them.

It amazed me how Ramadhan is a month of many feelings and emotions, a person truly gets to know themselves better as they battle with their worldly desires head on. It has been a month where I thought about my priorities in life, what was truly important to me. It was a month when I pondered over our human potential and frailties, our ability to really push ourselves to become better people. It has been a month when I truly sympathised with those who were fasting most of the days of their lives not out of choice but out of poverty.

It’s been a month most importantly of all, when muslims worldwide came together to lower and humble ourselves before the majesty of our Lord and Creator Allah. We fasted, giving up not just food, drink and sex, but many bad habits and actions sincerely for his sake.

Of the many reflections my musings have inspired in me, something which has struck me quite notably from amongst them is how Ramadhan serves to bring people together. Far removed from post-renaissance notions of religion being a private matter relegated to the depths of one’s personal quarters, I realised how devotion to God together as a community served to strengthens the society’s bonds.

I remember some weeks ago breaking my fast at the Ka’bah in Makkah, with the miraculous feat of the authorities there serving food to rows of people numbering half a million at the very least, while cleaning it all up within 5 minutes after breaking the fast so we could make way for the Sunset prayer. I witnessed the selflessness of the people there, locals and tourists, pouring water, tea and coffee out for hundreds of others, racing to be the first to give others the packets of dates they’d neatly packed earlier, earnestly concerned about whether or not the person next to them (whom they didn’t know) would like another homemade doughnut.

Ramadhan taught me that we are not alone. As the Imam of the mosque so frequently cried and supplicated “Oh Allah, remove the hardship from those in distress” and my heart cried back “Ameen” as I reflected on my life, I observed how all the people around me were just as sincere in their response. As my mind rattled through all the personal issues that the prayer was evoking in me I was convinced it was just me who had problems, but when I heard and felt the tears and exasperated gasps of those around me at the Imam’s supplication, I realised that we were all in this together. We all had problems to deal with in life, not just me, and it felt reassuring that I was not alone in this regard. It was amazing how the prayer touched us all as so equally personal, while the difficulties which each tearful eye had seen in their lifetimes were so markedly different.

The environment I was in taught me how important this feeling of unity was in bringing the best out of people. In my short lifespan I have fasted Ramadhan in the UK, Egypt, Eritrea and Saudi Arabia. Of all these places Saudi Arabia stands out as being my most remarkable experience. Each of the places I’ve spent Ramadhan in has its own special feel, but no matter how many negatives one may mention about Saudi it really does top the lot when it comes to Ramadhan.

The whole society is geared towards the reverence of this holy month. The billboards congratulate you upon the arrival of Ramadhan, the supermarkets so graciously and sincerely advertise everything you need for this month. The shops all close when it’s time to pray, while working hours in general are shortened for employees across the country. Every Tamim, Siddiq and Harith is reciting the Qur’an at home and in the mosques, while the evening prayer’s recitation from the mosque’s speakers soothes the nighttimes’ bustling streets. Most importantly of all, making Saudi the Ramadhan capital of the world, are the two sacred mosques in Makkah and Madinah. Such unforgettable experiences have so many a people of the earth had in these two location. The million or so people from all over the world that one comes together with, as equals, all standing, bowing and prostrating at the same time in the same place, towards the same direction, invoking the same unique Lord – the feeling is simply breathtaking.

Ramadhan has taught me a lot about unity in particular. I’ve learnt how important it is to do good works together, as a community, as a society. It really does help strengthen the weakness of the individual in all of us and brings out the best in us. It reminds me of the Qur’anic verse which states “..so compete with each other in good..”[Chapter 2: Verse 148).

I hope and pray that we’ve all become better people through Ramadhan, that we can benefit all of those around us from its fruits and that its magic long outlasts the month that it spent here with us. May Allah accept our fasts, our prayers and good actions.