Echo on the Web 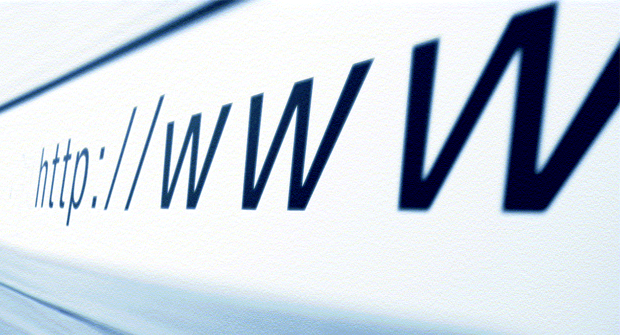 In my lessons I always stress the importance for students to learn the skill of analysing and adopting an analytical frame of mind. This makes sense of course in the context of an English lesson at school, but does the value of an analytical frame of mind transcend the boundaries of the English classroom? My unambiguous answer to this is a firm and affirmative: ‘yes’. The value of it, moreover, is particularly salient in issues of social change. Here, we need to constantly assess and query the effectiveness of our strategies since these are (almost always) a means to an end and hence must always be scrutinised for whether they are getting us where we need to go. In this article in particular, I will scrutinise the use of articles themselves on the web and argue that we – Muslims who are in charge of websites – are currently treating articles as flat objects. This metaphor of the ‘flatness’ of articles needs some explaining and for that reason I will address this point first. I will then turn my attention to the way in which those who run and maintain websites have underestimated the fluidity of the World Wide Web as a medium.

The flatness of articles

It may seem odd to characterise articles as having dimensions; that after all is the implication in claiming that most of us imagine an article as something flat. What I mean by this is that normative assumptions about articles tend to conflate the 2-dimensional screen on which they are displayed with the capacity of articles themselves, instead of appreciating the penetrative potential they carry. A well written article has the capacity to affect an individual reader’s opinion and thereby influence and affect the way in which they think about a topic. In this respect articles are not static 2-dimensional entities but dynamic forms that can dislodge preconceptions and shape opinions. This capacity of course is dependent on how well crafted an article is and thereby their individual efficacy considerably varies. Nonetheless, as objects that have the potential to affect discourse and people’s thinking, articles are important objects and form a key part of our contemporary web culture. Yet the ways in which Muslims who are in charge of websites treat articles on the web reveals that we think of them like flat objects, as if they are pictures to be hung and displayed. This in turn frames them as something static and immobile. Most, if not all, Muslim websites are content with acquiring articles and implore writers to channel a stream of work in their direction, but once they have it the attitude is simplistic and centres on a singular responsibility of ‘hosting’ the article. Few think of doing anything more and as such show up their perception of articles as static objects to be displayed on websites. This perception has greatly stunted the potential articles have in reaching people and affecting them. The flatness of an article has given rise to a status quo where articles stand still and people move around (much like a gallery). What this state of affairs means is that the probability of people who will see any given article is tied to the size of the traffic that a website attracts. What is more, even the most popular website in this regard is at a disadvantage given that in terms of real numbers there are still a large number of people whom it is not pulling. What this means for a really good article’s capacity to influence and affect minds is that it is at the mercy of a website and always at a disadvantage. It is true that readers – and writers should be grateful to them – often make articles move by emailing them to others and thereby help echo an article across the web, but this is ad hoc and can only ever generate an uneven and faint echo. If those Muslims who are in charge of websites were to re-imagine the article as a dynamic and multidimensional object that should be facilitated in its penetrative scope, they would begin to see their role as being greater than merely that of hosts to an article.

Websites, articles and the metaphor of the Echo

Imagine if you will that Muslimmatters.org, Islam21c or any number of other Muslim website receives a phenomenally important and striking article which it hosts. By doing so, however, all it does is give it a singular point of visibility – people who visit that website will access it while a large number of others will remain ignorant of its existence. It may so happen that a perceptive reader forwards a link to the article to his or her contacts but even this will only reach another small number of people. What could also happen of course is that numerous readers initiate numerous chains of promulgation along which this one article moves and thus manages – almost by accident – to reverberate across the webscape. Such an effect will enhance its efficacy because an important echo would now grow on the web that would ensure that people become aware of its existence. Yet the fact that this would happen by accident should strike most as unsatisfactory. Should the capacity of good articles to affect individuals really be left up to serendipity? Can those who are in charge of websites not do more to ensure articles move around the World Wide Web and thereby ensure that an echo is generated? I think they can, but to do so they need to appreciate first the penetrative capacity that articles have and second, to turn around the status quo of people moving and articles standing still. The latter is important because the current status quo imagines the webscape as a kind of shopping mall in which people move about and the ‘merchandise’ (articles/videos etc.) stands still. Instead, we should see the webscape as more fluid in which merchandise moves just as much as people move through it. What this means in practicable terms is that Muslims who are in charge of website ought to seek each other out and come to an agreement about hosting work on their respective websites. This agreement can be formed on the basis of good will or can be rule governed, but the aim would be to share and enhance the penetrative capacity of articles by ensuring that they are exposed to as many readers as possible. Such a move may go a long way in generating an echo which can carry forth narratives that can reach readers and affect their mind. And given that the majority of Muslim websites see their role as sharing good ideas and improving our lot as Muslims, as well as committing and recommitting non-Muslims and Muslims (respectively) to the message of Islam, to generate echoes that can increase the efficacy of this is without doubt a strategically sound idea.

It is understandable that websites feel quite protective of their material (Muslimmatters.org for instance has a section in which it explains its copyright policy) after all, having articles which others don’t gives them a unique selling point. This can sometimes extend to writers too; to have the work of a particular writer on your website gives rise to a sense of exclusivity, and while there is no evidence (none that I could find at least) of writers being asked not to share their work with other websites, a culture of protectionism is pervasive nonetheless. In one sense we can be sympathetic to the concerns of those who run websites and understand where they are coming from when they seek to maintain for themselves a unique selling point by hosting articles exclusively. But such an attitude merely undermines their own potential to be revolutionary agents in the process of social change and emerges from a misunderstanding of their own function. If one is in charge of a Muslim website then the chances are you desire to spread the word of Islam, to present Muslim thoughts or to host Muslim discourses on a variety of topics. This is evinced by the fact that almost all such websites contain sections that divide articles into generic forms, suggesting that articles are taken to be contributing to greater discourses and as individual pieces are seen to be interventions into these discourses. If that is the case then it is not altogether out of step to suggest that they are all roughly aiming for the same thing. This of course is not to imply that they are all saying the same thing, but that they are all aiming to further an understanding of Islam and/or promote a better understanding of Muslim realities in our contemporary world and its multifarious contexts. In this sense they are all playing for the same side. Working together therefore (instead of in isolation of one another) can help maximise the efficacy of their shared objective (broadly defined) whereby they themselves can emerge as significant cogs in their own right for the process of social change. What this does not mean, of course, is that there should be wholesale plagiarism and therefore those who run websites can (together) initiate their own code of conduct which over time can become a modus operandi (as Muslimmaters.org titles the section in which if talks about its copyright rules). To this end, it may be an idea to host a national convention that invites representatives from the major Muslim websites to think about the future of Muslim presence on the World Wide Web.