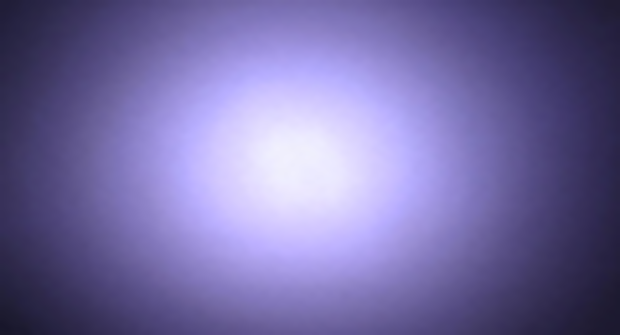 Although the title may suggest otherwise, this has nothing to do with the colour of many people in the UK who, despite the unyielding negative media stereotyping, still amaze us by becoming Muslim. It has more to do with the coloured cards on my niece’s wall, that when combined are supposed to form white light – as in ROYGBIV. Many years ago, we too may have spun around bits of colourful card at the end of a stick and if spun fast enough, the disc miraculously turns white. However, if the colours blue or red were to be taken away, the disc would spin white no more. Instead, it becomes some other shade you wouldn’t necessarily have known the name of at such an age.

The Muslims today present a kaleidoscope of persuasions – the spiritual, political, evangelical, as well as the none of the aforementioned. All the ‘colours’ of this peculiar kaleidoscope carry a bit more of one thing, a bit less of something else. They form a collage of congregations and groupings, each with their own merits and their own idiosyncrasies. And you don’t have to read any written pieces by Muslims for too long before you detect the subtle shades of persuasion.
But of course, it didn’t start like that. The Prophet’s, sallah Allah ‘alahi wa sallam, words were not ambiguous when he stated,

I have left you on what is pure white, its night is (as clear) as its day; none would veer from it save a person doomed1

The description of Islam as being white denotes a way that is pure, with an unmistakable clarity. {quotes}It is a religion that is balanced and leaves nothing out which is of benefit to man in this life or the next, perfectly incorporating all colours of the spectrum. {/quotes}

Why then has it become a characteristic of groups, organizations, and societies to be more obsessed with some aspects of Islam at the expense of other aspects? The proponents of Islam as a political ideology have little to say about the spiritual aspects of Islam, and the Quran is at most times depicted as being akin to a political constitution. For others, the Quran seems to read primarily as a battle manual. You have those who are Sufi (or inclined to Sufism) who often come across as politically and otherwise passive, their emphasis being more on inner spirituality than anything else. Some others take it further to claim that the Islam that they believe in is purely and exclusively spiritual and personal, and in being so, is completely secular with nothing to say about governance or laws – all spirit and no letter. This leaves us very short of colours indeed. This, in all senses, is the dark room and contravenes what is required of us as Muslims, as Allah has said in the Quran:

“O you who believe, enter into Islam perfectly and do not follow the footsteps of shaytaan, verily he is to you a clear enemy.”2

One of the finest explanations of this verse, especially given its relevance to the contemporary situation of the Muslims, was stated by the late scholar of Islam, Shaikh Abdul Azeez bin Baz who further explained the application of this verse:

“…It is necessary to call the people to this particular way of life only and not towards a particular school of religion or to the thought or opinion of a particular person. It is to call towards the True Religion sent by Allaah – the straight path with which the Messenger and Beloved of Allaah, Muhammad had been sent into this world and for which the Qur’aan and the Sunnah stand testimony…It is necessary for you to accept Islaam completely; do not act upon one thing, and leave the other. Guard against only accepting the belief and neglecting the deeds and morals; nor may you only adopt deeds and morals neglecting the belief. In short, we must adopt Islaam in its entirety, that is in belief, action, worship… politics and economics, in other words a perfect Muslim, as has been enjoined by Almighty Allaah, ‘O you who believe ! Enter perfectly into Islaam and follow not the footsteps of Satan. Verily! he is to you a plain enemy’…It means that the devil calls you to disobedience and transgression, and urges you to leave the teachings of Islaam completely… So it is essential for a Muslim to adopt Islaam completely and hold fast to the rope of Allaah, avoid sectarianism and formation of groups. You should follow the commandments of Allaah in your prayers, in matters of marriage, divorce, and maintenance of dependants, dealing with friends and enemies, in peace and war – in short, Allaah’s commandments should be adopted in every walk of life.”3

What has become one of the most negative features of the sectarianism that has arisen from a disproportionate understanding and application of Islam is the disparagement (and at most times denunciation) of those aspects of Islam which are outside the remit or scope of an organization or tariqa. The Prophet was the perfect example of the embodiment of all of Islam – the inner and the outer; in his night prayer and on the battlefield; in his executing punishments and in his magnanimity. It was therefore apt that Aisha when asked about his character said, “His etiquette was the Quran”4, for he neglected nothing of it. He epitomised human mercy while also being a mercy to mankind. He was the flag-bearer of truth and struggled for it, and his conduct at Hudaibiyyah did not diminish his steadfastness on the truth in the least. In the same way, it was also not a characteristic of his companions to be defined by certain acts of worship to the exclusion of others, even if some excelled in some fields over others such as knowledge or military skills etc. [quotes]For them Islam was holistic and they carried out with diligence what was entrusted to them and what Allah made easy for them.[/quotes]

Even faith, Eeman, as the Prophet, salla Allah ‘alahi wa sallam, said, “is seventy odd – or sixty odd- branches. The best of it is the statement of Laa ilaha illa Allah (There is no True God but Allah), and the lowest of it is to remove what is harmful from the path. And modesty is a branch of faith.”5 This led one of the scholars of Islam, Al-Bayhaqi (4th Century Hijri), to compile a treatise entitled Shu’ab Al-Eeman in which he tried to enumerate these branches of faith. It ought to be the aspiration of every Muslim to try to complete his faith, and to follow in the example of the likes of Abu Bakr, who on the Day of Judgment will be called from all gates of paradise for his complete application of the bright white light that is this faith.

The various parties and groups of Muslims are in need of introspection with regards to the need for a holistic application of Islam, bearing in mind that this may potentially lead to a convergence of paths and help some way towards healing the fractures within the Muslim body. They should aspire to fill in the shades that they lack so as to attain that purity of Islam, doing so in order to please only Allah. Individually and collectively, it is vital for us to take a step back and examine where we fall short. Through learning and mutual advice, with generous helpings of humility, we should seek those aspects of Islam that we may be neglecting and be wary of following the footsteps of the devil, as stated by the aforementioned verse. It is vital for Muslims of all persuasions who may choose to identify themselves by one description or another to reflect on the possibility that what to them may define their merit may also be what defines their failing if it involves neglecting aspects of this great faith. It is simply not sufficient to be complacent with a label or affiliation to any one of many groups or cults, for that will not secure for us a seat in paradise. That reward requires a pure heart, and our adorning our lives with all of the colours of Islam and its teachings, so that our movement through this life – like that wonderful spinning disc – radiates the pure whiteness of Islam our beloved Messenger left us with.