The National Trust and the Muslim Duty 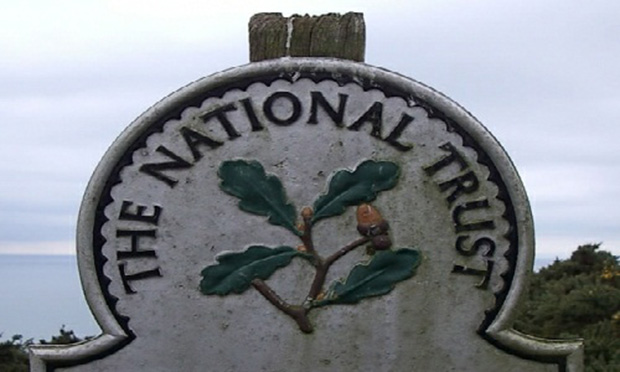 At the beginning of 2011, the PEW research centre released statistics stating that Muslims currently make up one fifth of the world’s population. With our increasing numbers comes increasing responsibility. Muslims must do their best to re-evaluate their role in the continuous destruction of the planet, which is seen by many experts to be one of the primary factors in climate change and the current disasters we are witnessing around the world.

Solitude and taking time out from day to day worldly activities is from the very heart of Islam. The Prophet (peace be upon him) was known to enjoy seclusion in the cave of Hira where he felt in closer communion with God. He would often retreat to get away from the hustle and bustle of Meccan life to spend some time in a natural and serene environment. Indeed, it was during one such retreat that the angel Gabriel visited him with the first five verses of the Qur`an.

Muslims in the UK are gifted with the opportunity of having easy access to spectacular and stunning scenery in various parts of the country. In such environments of natural beauty, one cannot but reflect on the majesty and perfection of God’s creation. Indeed, tafakkur (reflection) and tadabbur (contemplation) are both reoccurring commands from God in the Qur`an. “In the creation of the heavens and the earth, and the alternation of night and day, there are signs for people of intelligence” (Qur’an 3:190). We cannot recognise the signs if we do not ponder and reflect on that which is around us. In Arabic, ayah means verse and is used as a reference to verses of the Qur`an; however, it also means ‘sign’ and the signs that are in our surroundings on a day-to-day basis. A saying attributed to both ibn ‘Abbas and Abu Darda (may God be pleased with them both) is: “Tafakkur for an hour is better than a whole night of salah.”

Most British Muslims live in urban built up areas and spend little time doing outdoor activities and enjoying the British countryside. If one does not spend time to form an attachment with something, then its destruction is going to cause us to have little remorse or regret. Moreover, it is a well-known fact that anxiety and depression are on the increase and Muslims are not immune from this. Statistics say that depression affects 1 in 5 people in the UK and while many people argue about the different causes, it is also agreed that our fast paced and technology-filled lives do not help one to achieve a sound and relaxed mind.

Thus, contemplation and reflection on the signs around us have a core place in our faith, and are an important part of maintaining our health and well-being. In addition to this, we have a duty to the environment we are in, as God has placed us as stewards upon the earth and such a title comes with responsibility for which we will be accountable.

In a recent poll of what British people are proud of, the National Trust was one of the top results. Its role is to conserve and protect beautiful and special areas of land. Unfortunately, protection of heritage and important places is something that contemporary Muslims have little appreciation for in many parts of the world. The continuous expansion and rebuilding of Mecca, which has been compared to Las Vegas, has been a controversial point of debate since many historical sites have been destroyed in the process. Similarly, in many other countries, Muslims are dismissing their heritage under the misguided presumption that history has little to teach us in our modern lives.

Our heritage is something important to us, and as British Muslims, the heritage of the land in which we reside is something we should take time to interact with and get to know. We should be out there campaigning to preserve the beauty of the country we call our own, and at the same time, enjoy the benefits it gives us. Just as we strive to fulfil the rights of God through worship, it is equally important that we strive to fulfil the rights of His creation by not bringing harm to fellow man, beast or vegetation. It is time to take a break from our laptops and phones and stand on top of a valley, breathe in the country air, and take in the sounds of nature. Let your mind and heart come to rest as you ponder the glorious countryside around you, which will lead you to one conclusion: I believe in the Lord of all this.