Curse of the inferiority complex 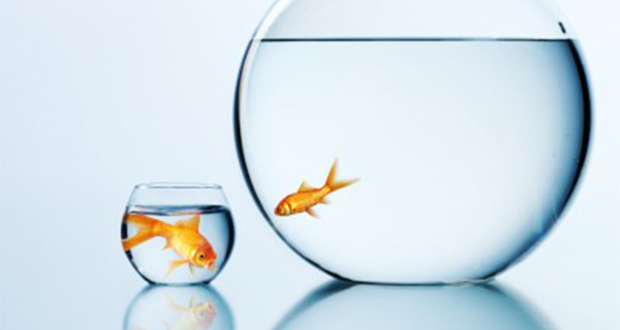 Not long had passed since the drowning of the evil Pharaoh and his oppressing nation. Allāh (subḥānahu wa taʿālā) had taken retribution against them for all their wrong doings towards the Prophet of Allāh (subḥānahu wa taʿālā), Mūsā (ʿalayhi al-Salām), and his people, the Children of Israel. Finally, his tyrannical regime had been bought to a dramatic and humiliating end, and the Children of Israel were now able to begin a new life, where freedom replaced fear, hope replaced humiliation and ambition replaced anxiety.

Having miraculously crossed the very same Red Sea that swallowed up the evil Pharaoh and his nation, the Children of Israel came across a people who were “devoted to some of their idols in worship.”[1] Although the memories of the oppressive pagan regime were still fresh in their minds, some of the ignorant ones from the Children of Israel began to request Prophet Mūsā (ʿalayhi al-Salām) to “make for us a God just as they have Gods.” Astonished and bemused by this remarkable request, Mūsā (ʿalayhi al-Salām) retorted that “Verily, you are an ignorant nation!”[2] Justifying his response he reminded them that “Verily, these people will be destroyed for that which they are engaged in (idol-worship). And all that they are doing is in vain.”[3] Appealing to their sense of reasoning, he said: “Shall I seek for you a God other than Allāh (subḥānahu wa taʿālā), while He has preferred you over all of the worlds?!”[4]

So soon after Allāh (subḥānahu wa taʿālā) had saved them from the torment of the pagan Pharonic regime where they witnessed the killing of their sons, it seems incomprehensible that the Children of Israel would look upon the behaviour of another pagan nation with such awe and admiration. Ibn Kathīr (raḥimahu Allāhu), the famous commentator of Qur’ān, says that “it appears that the Children of Israel probably asked these people why they worshipped these idols, and they most likely told them that whenever they seek help from them they help them, and that they seek their provision from them. The ignorant ones among them may have been tempted to believe it, and so they asked Mūsā (ʿalayhi al-Salām) to make a similar god for them as well.”[5]

This awe and admiration however seems extremely misplaced, as not much time had elapsed between this episode and the great miracle of the splitting of the Red Sea, which allowed the Children of Israel to walk on water and be saved from being slaughtered by the pursuing Pharaoh and his blood-thirsty nation. They saw this miracle of Allāh (subḥānahu wa taʿālā) for them clearly with their own eyes, so how could they fall into admiring a nation that worshiped a deity other than the Almighty, All-Powerful Allāh (subḥānahu wa taʿālā)?!

Although the subjugation, suffering and cruelty of the Pharonic regime was now a thing of the past, traces of humiliation and an inferiority complex clearly still had their effects on the psychological nature of the Children of Israel, allowing traits of deviousness, cowardice and weakness to reveal themselves in their attitude. As stated by Syed Qutb (raḍiy Allāhu ʿanhu),

“…these traits are bound to take their toll on human nature, because nothing corrupts human nature more than living for a long while under tyranny and in an atmosphere of terror and fear that compels people to resort to devious scheming in order to avoid trouble.”[6]

Incidentally, Mūsā (ʿalayhi al-Salām) did not suffer from this inferiority complex, due to the tarbiya (nurturing) he received from his lord since a baby. One of the striking differences between Mūsā (ʿalayhi al-Salām) and the rest of his people is that he did not grow up with a subjugated mindset; he was not enslaved. On the contrary, he was raised within the palace of Fir’awn, amongst people—albeit many evil ones—with a leadership mentality. This is worthy of reflection for us.

In drawing a comparison between this episode from the story of the Children of Israel and our contemporary situation, we can perhaps reflect upon some important parallels. The inferiority complex felt by the Children of Israel slowly built up inside them following years of unjust and harsh treatment towards them, en masse. It was a sense of ‘wanting to have what others have’ due to their subconscious lack of confidence in and value of their monotheistic beliefs that led them to request Mūsā (ʿalayhi al-Salām) for an idol of their own. They forgot that their ultimate sense of spiritual tranquillity and security lies in following the monotheistic religion that their Prophet Mūsā (ʿalayhi al-Salām) had tirelessly preached to them.

The same feelings of inferiority and ‘feeling second-best’ are emotions that Muslims living in the 21st century have perhaps begun to experience. Constantly seeing Muslim blood unjustly spilled by the gallon worldwide, as well as listening to the relentless and hate-fuelled rhetoric that international governments and media seek to slander Islām with naturally has an effect on the mind-set of a nation. We see Muslims today whose weak mentality leads to them to imitate those aspects of non-Muslim lifestyle which are prohibited for the believer, and even worse still, we see some Muslims actively questioning and seeking to ‘reform’ and ‘reassess’ crucial pillars and principles of the religion. This may be outwardly proclaimed as modern and liberal thinking, but in fact these vague and undefined terms are all mere excuses for the inferiority complex that some Muslims have started to subconsciously suffer from.

Yet we should not, most definitely not, feel like this at all!

How can a Muslim feel inferior when he is told by his lord that,

Obeying Allāh (subḥānahu wa taʿālā) and acting upon his commands and prohibitions lead one to honour, power and glory in this world and more importantly the next, and furthermore keeps the sincere believer far away from ever feeling inferior to other religions and creeds. The sincere believer has no need to desire what others religions may hold as sacred, as his faith in Allāh (subḥānahu wa taʿālā) brings him contentment that far outweighs the love another nation may have for its false deities.

This strength of mind and conviction of belief is something embodied by our very own Prophet Muḥammad (sall Allāhu ʿalayhi wa sallam). Never did the oppression of the Quraish of Makkah, the aggression and violence of the Thaqif tribe of Tā’if, nor the plotting and scheming of the various enemies surrounding Madīnah force the beloved Prophet (sall Allāhu ʿalayhi wa sallam) to display a victim-mentality to his followers. He refrained from this strictly, and instead his character exuded with morals, dignity, and an internal courage and conviction that only increased his followers in resolve and bravery. He never once complained of his tough ordeals and persecution, yet he suffered much more than any Muslim of our time. This was never his mindset nor is it a motif of the Qur’ān.

Hence no legitimate reasons exist for the sincere believers to ever feel beneath any other nation. Perhaps some of us may be less wealthy, or less organised, or some of us less articulate or less educated than those nations who seek other than the religion of Allāh (subḥānahu wa taʿālā), however we rest content knowing that Allāh (subḥānahu wa taʿālā) has told us that “you are the best of peoples ever raised up for mankind [because] you enjoin the good and forbid the evil and have Īmān in Allāh.”[8] We rest content knowing that the Prophet (sall Allāhu ʿalayhi wa sallam) said, “the people of Paradise are one hundred and twenty rows, this Ummah takes up eighty of them!”[9] We rest content knowing that our Prophet (sall Allāhu ʿalayhi wa sallam) taught us that,

“We (Muslims) are the last to come, but the foremost on the Day of Resurrection, and the first people to enter Paradise, although the former nations were given the Scriptures before us and we (came) after them…”[10]

So whenever we slump as an Ummah, or go through a weak phase, we must always remember that if we follow His guidance, then in the eyes of Allāh (subḥānahu wa taʿālā) we are the best of all nations. However, when one moves away from this guidance (an automatic reaction of a subjugated mindset) it is only then that we become truly subjugated. Those who are firm upon their values and Divine guidance are a people who must never forget the words of Allāh (subḥānahu wa taʿālā), the All-Powerful, when He says;

“So do not become weak, nor be sad, and you will be victorious if you are indeed true believers.”[11]

May Allāh (subḥānahu wa taʿālā) grant us firmness and sincerity upon the path of truth. Ameen