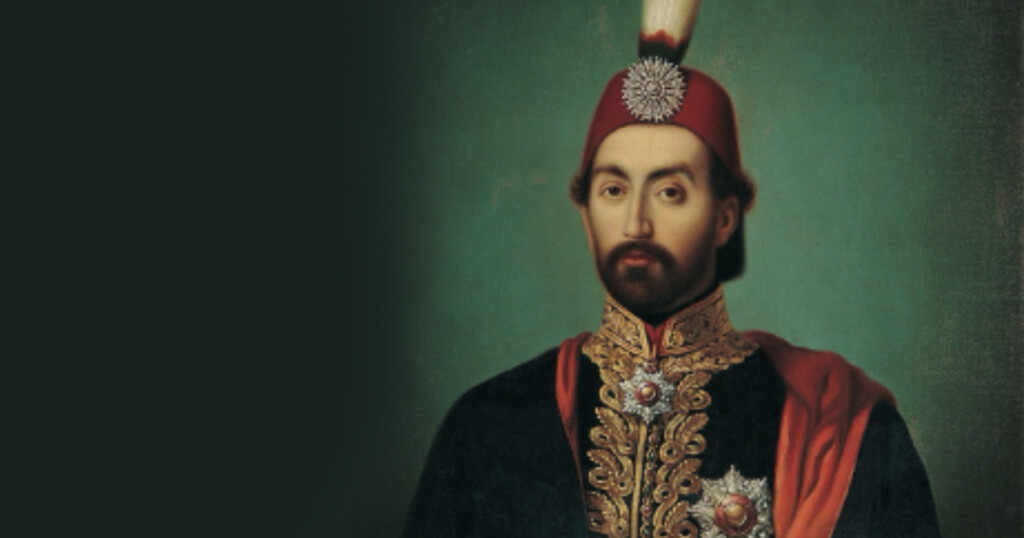 At the time of writing, more than 218 million doses of COVID-19 vaccines have been administered across 95 countries [1]. With a rising death toll attributed to COVID-19, the Black, Asian, and Minority Ethnic (BAME) community remains at a higher risk of dying from COVID-19 than the non-BAME population [2-3]. There is therefore no better time than now to highlight the surprising history of vaccines and variolation within the Muslim world.

COVID-19 pales in comparison to its bigger, badder, and older brother: smallpox. This infectious disease was caused by the smallpox virus (named to distinguish it from syphilis, the ‘great pox’), killing up to 300 million people in the 20th century and around 500 million people in the last 100 years of its existence [4]. Children were affected particularly badly. If you were lucky enough to survive, you had to contend with extensive scars and/or complete visual loss [4].

The practice of variolation (also known as inoculation) had become widespread in the Ottoman Empire at the time as a response to many devastating smallpox outbreaks [5]. Variolation involved the extraction of material found in the scabs left on the skin of smallpox sufferers, then deliberate introduction* of this material into a healthy person’s body [5]. Different methods of variolation existed. For example, in China, dried scabs were blown into the nasal passages of the person being inoculated, while in the Ottoman Empire, fluid from a smallpox pustule was inserted into scratches or incisions in the skin of a healthy person [5-6]. The aim was that inducing a mild case of smallpox in an otherwise healthy person would protect that individual from severe forms of smallpox for life [5-6]. In some individuals, this worked, but others were less lucky and died.

While variolation likely originated in Southeast Asia [6-7], it was in the Ottoman Empire that Lady Montagu, the wife of the British ambassador to the Ottoman Empire, came into direct contact with the practice [6, 8]. Lady Montagu’s brother had died from smallpox, and although she had survived the disease, it had permanently scarred her otherwise celebrated beauty. Keen to spare her children the devastating consequences of smallpox, she instructed her personal physician to learn variolation in Istanbul and then perform it on her children [6, 8]. She then publicised the successful results to her English friends, including the Princess of Wales, who agreed to have her children (which included heirs to the British throne) undergo variolation [6, 8]. With time, the practice of variolation became widespread in Britain and Europe, particularly as several monarchs had succumbed to smallpox, including Peter II, Emperor of Russia, in 1730 [4, 6].

Variolation can be seen as the stepping stone to the development of the smallpox vaccine by Edward Jenner in 1796, after he noted that individuals who experienced cowpox (which did not have any of the severe consequences of smallpox) did not get smallpox [4]. In fact, the term vaccine is derived from vacca, the Latin for cow. Edward Jenner’s “Manual for smallpox” was translated into Ottoman Turkish by Mustafa Behçet Efendi [4, 6].

Enter Sultan Abdulmejid I (romanised: Abdülmecîd-i evvel), the Caliph and 31st Sultan of the Ottoman Empire [9]. Abdulmejid I came to the throne at the age of 16, on the 2nd of July 1839, after his father, Mahmud II, died from tuberculosis [6, 9].

Abdulmejid I was the father of four Sultans (Sultan Murad V, Sultan Abdul Hamid II, Sultan Mehmed V, and Sultan Mehmed VI Vahideddin – the last Ottoman Sultan) and the uncle of the last Caliph. Reigning an empire past its peak, Abdulmejid I faced a series of disasters: the Egyptian-Ottoman War, rising foreign debt, a weak army, circling European superpowers, rising nationalist movements within Ottoman territories, and scheming advisors seeking to carve their own place in history—and pandemics too [10].

The efforts of Sultan Abdulmejid I were considerably more noble than some of his predecessors; a previous Mamluk sultan fled Cairo at the high of the Black Death, despite the Prophetic command not to leave a land in which there is a plague [4].

First, Sultan Abdulmejid I rebuilt the scientific institutions of the Ottoman Empire by granting permission for the founding of a new Ottoman university (Darülfünun, with faculties for philosophy, humanities, the sciences, and mathematics), an Ottoman medical school (Mekteb-i Tıbbiye-i Adliye-i Şahane), an Ottoman scientific society (Cemiyet-i İlmiye-i Osmaniye) and a scientific journal (Mecmua-i Fünûn) [6].

Next, the Caliph liaised with scientists and physicians to clarify if the smallpox vaccine was effective [6]. Once this was confirmed, the vaccine needed religious approval. The Seyh-ül-Islâm (equivalent of Grand Mufti) of the Ottoman Empire, Mekkizade Mustafa Asım Efendi, issued a fatwa stating that Islam endorsed the practice of vaccination because smallpox had devastating effects on children and Muslim physicians attested to the safety and efficacy of vaccination [6].

The vaccine was now safe and halal. But according to intelligence received by the Caliph, some resistance to vaccination remained among the public, especially in rural areas [6]. The Caliph therefore decided to be proactive: he commissioned a 48-page treatise titled Menafiu’l-etfal (Benefits to Children) that contained a wealth of information, including the importance of science and medicine, the history of the smallpox vaccine, common myths to vaccination (and their answers), how to perform vaccination, and how the Sultan wanted the vaccine to be rolled out in his empire [6]. The manual was printed in Ottoman Turkish and in languages of the three largest minorities (namely, the Armenian, Greek, and Jewish communities) to increase the reach of the information [6].

Further intelligence received by Sultan Abdulmejid I revealed a critical lack of expert doctors in rural areas, which often had ill-informed apothecaries employing non-evidence-based treatments [6]. The Sultan therefore dispatched doctors to all cities and towns, especially rural areas, to spend twenty days in each location, teaching local medical staff from the Menafiu’l-etfal [6]. The Sultan also mandated that five of the brightest children from each Ottoman province would be sent to the Ottoman medical school to not only learn vaccination, but also to learn how to produce better vaccines and increase their uptake within society [6].

Next, Abdulmejid I removed all barriers to vaccinations. As per the Caliph’s decree, all vaccinations would be provided free of charge [6]. Every town and city would have a vaccination hub with salaried staff. To ensure the highest risk population—children—would have adequate uptake of the vaccine, each neighbourhood Imam and local leader was tasked with sending parents with their children to their nearest hub [6]. Parents and children had to return after eight days to confirm “success” of the vaccine – questionable results would be followed by additional attempts until successful [6]. For parents unable to attend, such as widows or poor families, physicians would attend their house to vaccinate their children – again, free of charge [6]. Doctors were also stationed at ports to ensure that anyone arriving by ship in Istanbul had signs of vaccination, and if not, they received one swiftly [6].

Being the “admin masters” that they were, the Ottomans ensured that each of the doctors tasked with teaching local doctors, administering vaccines, or monitoring ports were also collecting data. This data included the number of people that had received the vaccination, the success rate of vaccination, the number of smallpox cases occurring before and after vaccination, and the death rate in the local population [6].

Finally, vaccination was written into law. It is amazing to see how far ahead Sultan Abdulmejid I and the Ottomans were. They realised the importance of fostering popular acceptance and voluntary compliance of vaccines rather than relying on potentially contentious laws [6]. The first law mandating vaccines came three decades after the publication of Menafiu’l-etfal [6]. At first, children were not allowed admission to private schools without a vaccination certificate, then all children were required to be vaccinated, followed by all workers, and then the general public. Fines were only introduced as a last resort, and only then in a handful of situations [6].

Although universal vaccination could not be achieved due to the severe infrastructural, logistical, and financial difficulties, the efforts of Sultan Abdulmejid I helped turn the tide against smallpox [4, 6]. It would take a hundred years or so, but smallpox was eventually eradicated, not only in Turkey but globally – the last case was in 1977 [11]. If vaccines had not eradicated smallpox, someone would still die from the disease every six seconds [12].

In trying to eradicate smallpox from his empire, the Sultan strove to be merciful towards his community to protect them, just as the Prophet Joseph (‘alayhi al-Salām) protected his. The mercy of Abdulmejid I did not only stop at his empire. He also reportedly came to the aid of the Irish during the Great Famine, providing them with financial assistance when their own neighbours initially turned a blind eye [13]. When Hungarian refugees sought refuge in Ottoman lands after a failed rebellion against their new Austrian and Russian masters, Abdulmejid I refused to return them despite intense pressure from Austria and Russia. The Sultan famously said, “I’d give my crown, I’d give my throne, but I would never hand over those who take refuge in my lands” [13].

Sadly, Abdulmejid I would succumb to tuberculosis, like his father. He died aged 38 on the 25th of June, 1861, and was laid to rest in the grounds of the Yavuz Selim mosque [9]. While many of the reforms pushed forward by the Ottoman administration ultimately failed to restore the Ottoman Empire to its former glory, the many examples of the Sultan’s mercy and seeking to protect his people continues to inspire us and guide us to this day, particularly in dealing with our current pandemic.

For answers to common questions about the COVID-19 vaccine, visit:

[13] McCarthy J and McCarthy C (2003). Who are the Turks? A Manual for Teachers. American Forum for Global Education.