Scholars That Rebelled Against Tyranny (Part 3) 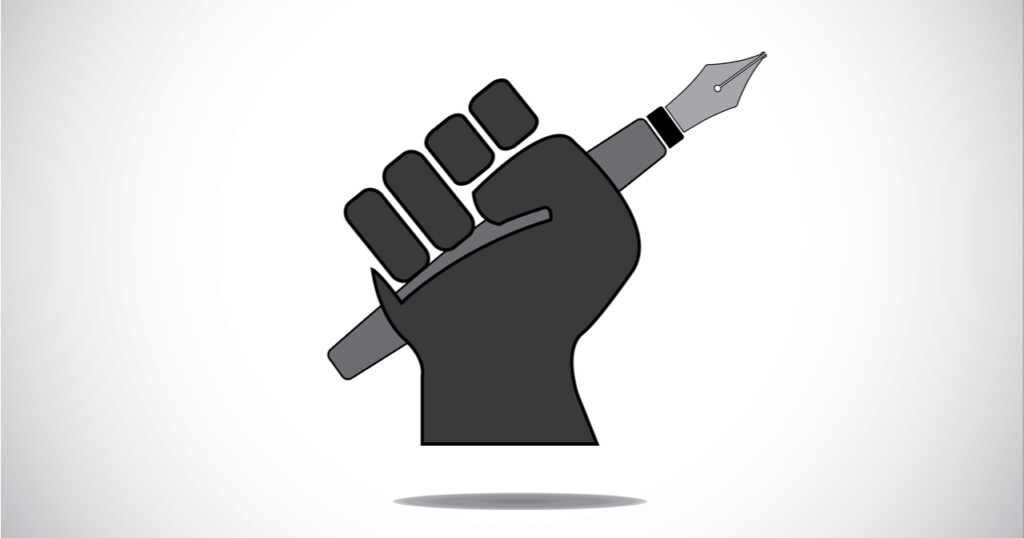 Imam al-Shāfi’ī (d. 204AH) is the founder of the Shāfi’ī school of jurisprudence and whose collection comprise his own musnad (Musnad Al-Shāfi’ī), which was compiled from his various works. This outshining Imam was himself at loggerheads with the political establishment for the latter’s corruption and injustices. In the year 184AH, the Caliph Hārūn al-Rashīd (d. 193AH) summoned the Imam from Yemen, put him in prison, and considered punishing him for rumours that he had been planning a revolt from Yemen against the Caliph. Some reason that this was due to the Imam’s objections to the injustices of Hārūn al-Rashīd’s appointed governor over Yemen, who forged this accusation after beginning to feel increasingly powerless over the Imam’s growing devotees who were more loyal to the Imam than to the governor.

However, it comes as no surprise that any person in charge would find discomfort at some of the entirely unfettered and independent verdicts of Imam al-Shāfi’ī. One of his positions was that political opposition, besides armed rebellion, was anyone’s right. If one were to pick up arms against the state to resolve an injustice, the state must serve justice and abstain from fighting them. Rebels seeking to resolve an injustice should not be fought unless they themselves assault and commit injustices. The state’s dispensation to quell them, however, is strictly if they attack, desiring to fight and refusing efforts at resolution. This ceases the moment the rebels put down their arms or no longer fulfil the three stated conditions that sanction the state to quell them.

Imam al-Shāfi’ī further held that the testimony of the trustworthy ones among the rebels is to be accepted and that they maintain their right to the state’s treasury (Bayt al-Māl). Their material and moral rights are maintained, as per the examples of Ali b. Abī Tālib and ‘Umar b. ‘Abdul Azīz (d. 101AH).[1]

The scholars of the Salaf, particularly in the first century, supported armed revolt, but opinion diverged in the second century between those who still supported armed revolt and those who encouraged speaking truth to power instead. Notably, none of the scholars of the Salaf issued verdicts to the effect of championing oppressive leaders, nor to support them or justify their mistakes. Verdicts did not emerge impulsively permitting the blood of the state’s opponents, even if they happened to be upon error or misguidance.

In fact, most of the scholars of the Salaf remained extremely apprehensive concerning having any relationship with those in charge. They would consistently warn of getting too close to those in power to such an extent that some would say: “Never enter upon the Sultan, even if you claim, ‘I am merely ordering him to obey Allāh,” in case he threatens you with his sword or tempts you with his wealth.” Others would say: “How terrible it is that a scholar should approach the leadership” and “How good it is that a person is not dirtied by anything of the matters of the Sultan”.

The scholars would recommend that one should never accept the gifts of the Sultan because of the questionability of the sources of his wealth. Some of the Imams of Hadīth went to the extent of rejecting the narrations of famous and trustworthy narrators solely because of their closeness to the Sultan. Ahmad b. Hanbal (rahimahu Allāh) would often weaken narrations coming from narrators too close to the Sultan, considering them to have “compromised trustworthiness”. He would explicitly state that some narrators were ‘contaminated’ (tawassakh) by their ties to the Sultan.[2]

The third century, which is deemed the golden age of Sunnah collection and review, witnessed a timeless encounter between the Muhaddithūn and governing authorities. It was in this era that the scholars took full charge of the confrontation, an entirely ideological matter that stemmed from foreign philosophical interferences into the traditional understanding of Islam. Certain Abbasid Caliphs were beginning to adopt Mu’tazilite ideology and attempting to enforce it upon the generality of Muslims. In particular, the Caliphs used the M’utazilite claim that the Qur’ān is created, in what became known as the ‘Createdness of the Qur’ān’ controversy. The scholarly campaign against the authorities that strove to guard the integrity of traditional Islam was spearheaded by the Imam of Ahl al-Hadīth of his time, Ahmad b. Hanbal (rahimahu Allāh).

The ordeal began during the tenure of Caliph al-Ma’mūn (d. 218AH), intensified during the eras of al-Mu’tasim (d. 218AH) and al-Wāthiq (d. 224AH), and ended at the beginning of the reign of al-Mutawakkil (d. 247AH). The irony is that those who led the persecution of the scholars at that time were the Mu’tazila, who were themselves the subjects of persecution before this, reaching the extent of execution with the support and blessings of some of the scholars then!

Thus, if we hypothetically put the scholars in place of what are today dubbed ‘political Islamists’, and the Mu’tazilites in place of ‘moderate Muslims’ – notwithstanding the huge difference between the Mu’tazilite’s Islamic (rather than secular) point of reference, we find interesting similarities. Since then, authorities have endlessly been pitting one group against the other, one day pacifying one and persecuting the other, and on another day emboldening the latter and persecuting the other!

Scholars from Ahl al-Hadīth were thus persecuted to such an extent that some died in their chains. Imam Ahmad stood his ground and showed remarkable steadfastness. There were many other stories of enormous gallantry during the ordeal. Imam al-Buwaiti, one of the foremost students of Imam al-Shāfi’ī, was summoned in chains from Egypt to Iraq and then imprisoned until his death. Just before his death, he said:

“Allāh created using the word ‘kun’, so if it were itself created, then a created thing would have brought about the rest of creation. If I were to enter upon him (al-Wāthiq), I will tell him the truth. By Allāh, I will die wearing iron (chains), such that the people after me know that people died in this matter wearing iron (chains).”[3]

A particular account during the ‘Createdness of the Qur’ān’ controversy that deserves recollection and deliberation in light of the subject matter of this article is that of Ahmad b. Nasr al-Khuzā’ī (d. 231AH), who was described by al-Dhahabi as “a great Imam and martyr”. Al-Khuzā’ī chose to counter the heresy emerging from the establishment by forming an underground armed political movement. Al-Khuzā’ī and his supporters prepared to revolt against the Abbasid Caliph al-Wāthiq, but were stopped in their tracks. Al-Khuzā’ī was summoned and executed, with some claiming that he was killed by al-Wāthiq himself.

What is notable in this account was the position of the scholars concerning the actions of al-Khuzā’ī. Though the majority in this era stood against armed rebellion, they did not label al-Khuzā’ī as a person of khurūj (deviance). On the contrary, they admired his attitude and lauded his sacrifice. Ahmad b. Hanbal (rahimahu Allāh) would say: “May Allāh have mercy on him, he ransomed his own self.” The Imam of Hadīth, Yahya b. Ma’īn (rahimahu Allāh), would repeatedly praise him and say: “Allāh granted him martyrdom.”[4]

Thus, it is as if the scholars were, in the first century, armed revolutionaries against political tyranny and corruption. In the second century, they split between armed revolt and verbal opposition. In the third century, most adopted and encouraged verbal condemnation and opposition despite some still maintaining the first position. Though this transition is rational due to the many failed military revolts, it is completely irrational that those who raise the banner of Ahl al-Hadīth buckle into flatterers and stooges of tyrants, oppressors, and corrupt authorities in the name of ‘maintaining order’. Worse still is doing such in the name of Islam or the Salaf!

The remarkable history of the scholars of Islam from the first three generations of the Salaf shows them bringing truth to power and sacrificing their souls and reputations to that effect. Such actions reveal the enormous gulf between them and the many contemporaries who deceptively claim they are the continuation of that legacy.

Sourced from an article by Dr. Bara’ Nizar Rayan – rendered into English by Ahmed Hammuda

Dr. Bara’ Nizar Rayan is the son of the late Sheikh. Prof. Nizar Rayan, who was Professor in Islamic Law at the Islamic University of Gaza and an authority on Hadīth. Prof. Nizar Rayan was killed on the 1st of January 2009 by a Zionist airstrike, along with 15 members of his family, rahimahum Allāh. Bara’ is a lecturer at the Islamic University of Gaza and an author who regularly writes for Al Jazeera Arabic and other media outlets. He is one of a few surviving members of the Rayan family.