When the Muslims of Burma were free 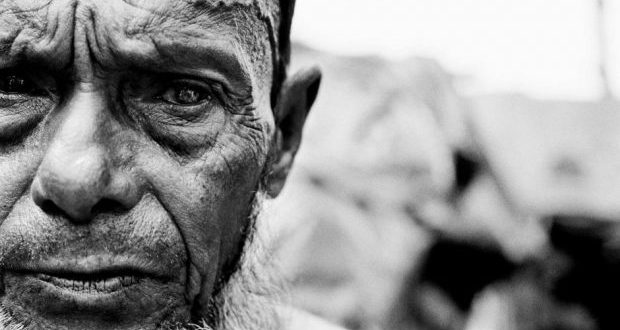 The Rohingya Muslims are predominantly from the region in Myanmar, Burma, called Arakan. It is also known as the Rakhine State which has exerted considerable political and cultural influence on the Southern and South-Eastern parts of Bangladesh from the early medieval times. A long mountain range separates the rest of Burma from Arakan which is bounded by the bay of Bengal. It is in this region that a group of Muslims trace their history back to the 8th century when their ancestors from Arabia were allowed to settle in Southern Arakan by King Maha Taing Chandra (788-810).

The Arakan region was once a separate state ruled by the Arakanese (Theravāda Buddhists) who were surrounded by first the Bengal Sultanate and then the Mughal Empire.

At the beginning of the 17th century, Arakan was at the height of its power with Mrauk U as its capital during the reign of King Sanda Thudhamma. Its dominion extended across a thousand miles of coastline from Chittagong to Syriam. In the previous century, the Arakanese had extended their trade through the Arakanese littoral up to Chittagong with the help of Portuguese mercenaries. It had grown wealthy from trade, including trade in slaves, which it actively raided from the Ganges delta.

The Buddhist Arakanese were noted for their skill in navigation and naval warfare and the Kings of Arakan never left the nearby Muslims of the Mughal Empire in peace. They sent naval expeditions to Bengal at intervals and plundered whichever part of the countryside fell on their route. Arakan grew even stronger, raiding the entire Sundarbans delta to Calcutta in the west and Murshidabad in the north whilst Tripura became a tributary. The Arakanese sacked Dhaka in 1625 taking many prisoners including the wife of a Mughal military officer who they carried off in chains.

These raids continued for a long time and not a house was left inhabited on either side of the river from Chittagong to Dhaka. The coastal districts became desolate and, according to contemporary historians, they were swept clean with the broom of plunder and kidnapping so that no one was left in that region. With each raid, the Arakanese and their Portuguese counterparts (referred to as Ferinigis) carried off Hindu and Muslim men, women and children along with their property. The captives were sold to Europeans for a handsome profit.

In 1665, the Mughal Emperor Aurangzeb decided to take action on the menacing Arakanese Buddhist and Portuguese Christian marauders and launched the Mughal conquest of Chittagong. The Mughal Empire during his time stretched from the Balkh province in the Afghan-Uzbek-Iranian border to present day Java.

Shaista Khan, who was Aurangzeb’s maternal uncle, served as the Mughal Governor of Bengal from 1664 to 1688 and was a key figure during his nephew’s rule. Aurangzeb knew that the Arakan Kingdom had developed its military and naval strength significantly over the years and, as such, he ordered Shaista to reorganise the navy immediately. The old boats were repaired and new boats were built in the dockyards of Dhaka, Jessore and other river ports. Crews were recruited and assembled, provisions collected and expert officers were chosen for higher posts such as Admiral Ibn Hussain. Within a year, 300 vessels were assembled and readied for naval warfare.

Under the command of Aurangzeb, Shaista Khan also made diplomatic efforts to win the support of the Dutch East India Company. They had set up base in Indonesia in this period as well as the Portuguese who were given refuge in Arakan and who were supporting the Arakan Buddhist Kingdom with its resources, troops and often superior weaponry. The Portuguese, who were effectively mercenaries, were offered generous terms for the withdrawal of their support from the Arakanese whilst the Dutch were informed that failure to support the Mughal Conquest would affect their trade throughout the Mughal Empire.

In December 1665, Shaista Khan launched a major military campaign against Chittagong which was the mainstay of the Arakanese Kingdom. A base for the fleet was necessary as Chittagong was to be attacked by land and sea simultaneously; Sandwip provided the ideal naval base. The imperial fleet consisted of 300 Mughal vessels and approximately 40 Portuguese auxiliary vessels. The overall command was given to Buzurg Ummed Khan, a son of Shaista Khan, while Admiral Ibn Hussain remained in charge of the navy and supplied provisions for the campaign. After simultaneous bombardment by land and sea, the Mughals held sway after a number of days and the conquered territory was placed under direct imperial Mughal administration. It should be noted that the Dutch East India Company did send two ships to Aurangzeb to be used in his expedition however Shaista Khan achieved victory over the Arakanese before their arrival.

Upon the victory against the Arakanese, thousands of Muslim and Hindu peasants who were being held captive by the Arakanese forces were released. The conquest caused indescribable joy throughout the country as the people were saved from the plunder, oppression and tyranny of the Arakanese. Captives returned to their homes and joined their families. Peace was restored in the area and agriculture, trade and commerce flourished.

Much like the Muslims in Burma today, the 17th century Muslims of this region were persecuted, kidnapped and killed. However, unlike today, the Muslims in that era had a strong Muslim leader and personality in Aurangzeb and his general, Shaista Khan, who defended the lives of the believers and repelled the menacing oppressive enemy.

Terrorists such as the Burmese Buddhist Monk, Ashin Wirathu, and his ‘969 Movement’ are dedicated to the eradication of Islām and Muslims in Burma. They follow the same branch of Buddhism, Theravāda, that the Arakanese of the 17th century belonged to.

Today, Muslims in Burma are surrounded by Bangladesh, the fourth largest Muslim nation on earth; Pakistan, one of eight nuclear powers in the world; Indonesia, the most populated Muslim nation, and Malaysia. Defending the defenceless Muslims in Burma should not even be a contentious issue, and yet we are witness to the impotence of these and other Muslim nations. The leaders of the West also sit idly by whilst tyranny runs rampant in Muslim lands which are led by Muslim leaders they are responsible for instating. The condition of the Rohingya Muslims grows daily more desperate – just how bad does the tyranny in Burma have to get before more Muslim nations take action?

Aurangzeb and Shaista Khan understood well the words of Allāh when He said:

“Verily, this brotherhood of yours is a single brotherhood, and I am your Lord and Cherisher: therefore serve Me (and no other)”[1]

and the words of the Messenger of Allāh (sallAllāhu ‘alayhi wasallam) when he said:

“A Muslim is the brother of a Muslim. He does not wrong him, forsake him or despise him”[2]

We pray Allāh delivers the believers from their present situation and raises for them the likes of Aurangzeb and Shaista Khan who send an army against the oppressors. May He fulfil the long-cherished desire of the Rohingya Muslims to be relieved from brutal attacks and oppression and for peace to be restored as it was for the believers before them.