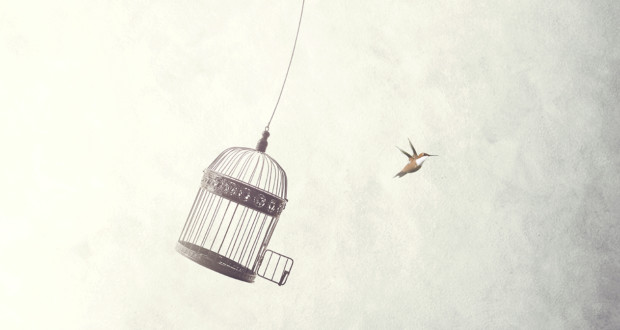 Islam: A Manifesto of Liberation

The Oxford Dictionary of English defines liberation as “the action of setting someone free from imprisonment, slavery, or oppression” and “freedom from limits on thought or behaviour”.[1] Freedom is defined in various ways, a common intended meaning being: “the state of not being imprisoned or enslaved”. Salvation is defined as the “preservation or deliverance from harm, ruin, or loss”.[2] Do these terms and meanings have any significance within Islām? What is the relationship of liberation, freedom and salvation with the system of Islām?

Roughly 1,380 years ago Rustum, the Persian general standing before the monumental battle of Al-Qadisiyah, was faced with an army of men whose hearts alone could move mountains. He requested of the great companion Rabīʿ b. ʿĀmir (raḍiy Allāhu ʿanhu) to inform him of the purpose of those he represented (i.e the Muslims). Ibn ʿĀmir’s reply gave an insight into the motivations of the companions of the Final Prophet (sall Allāhu ʿalayhi wa sallam):

“Allāh has sent us to deliver whomsoever He wishes of mankind from subjugation to the creation to the servitude and worship of Allāh; from the narrowness of the dunya to the vastness of the ākhirah, and from the injustices of [manmade or altered] religions and ideologies to the justice of Islām…”[3]

Rustum and the Persian Empire were taken aback by these previously destitute men knocking upon their enormous gates, driven by an unimaginable and unforeseen passion to convey to the world a message, delivered simply by Rabīʿ b. ʿĀmir. The message equated to the deliverance and liberation of mankind.

To address some of the aforementioned points, with the hope of bringing more clarity through examples and references, I will focus on some examples that bring to light the concept of Islām being sent from Allāh (subḥānahu wa taʿālā) as a means of deliverance and freedom for mankind.

We look to the coming of the Final Prophet, our leader and master Muḥammad b. ʿAbdillāh (sall Allāhu ʿalayhi wa sallam), and the state of mankind prior to his arrival.

“The sixth century CE, it is generally agreed, represented the darkest phase in the history of our race. Humanity had reached the edge of the abyss, towards which it had been tragically proceeding for centuries, and there appeared to be no agency or power in the whole world which could come to its rescue and save it from crashing into the valley of destruction.”[4]

Mankind had reached previously unseen lows, humanity had become enslaved to the systems of power, whether religious, political, class systems or tribal. Humanity had been shackled by the chains of subjugation, the strongest of which were the chains of desires and ignorance.

“There was, briefly, not one nation in the whole world of the sixth century of C.E that could be called healthy in temperament, not one society that was imbued with high ethical ideals, nor a single state that was based on principles of justice, equity and fairness, nor a leadership that possessed knowledge and wisdom, nor a religion that represented the pure teachings of the prophets of God. There was a universal lack of good leadership. The word of God had become corrupted. The few churches and monasteries that still existed in the thick, encircling gloom could at best be likened to the tiny light of a glow-worm on a dark, rainy night. True knowledge and right action had become so rare, and moral teachers who could guide men along the sublime path of godliness were so scarce that Salman of Persia, who had forsaken his home and the creed of his ancestors in quest of Truth, could, during the whole course of his journey from his native country to Syria, find only four persons who could provide the soothing balm of faith for his restless soul and who were living according to the way indicated by the Prophets.”[5]

Regarding the advent of the Prophet and the subsequent liberation of mankind, Sayyed Abū al-Hassan states:

“As humanity lay gasping in the agonies of death, God raised up Prophet Muhammad to bring life back to humanity and deliver it from darkness into light. Says the Holy Qur’an:

{[This is] a Book which We have revealed to you, [O Muhammad], that you might bring mankind out of darknesses into the light by permission of their Lord – to the path of the Exalted in Might, the Praiseworthy} [Ibrahim 14: 1]”[6]

Allāh (subḥānahu wa taʿālā) sent the Prophet (sall Allāhu ʿalayhi wa sallam) to liberate mankind from the depths of darkness into the light of freedom by way of Islām.

Allāh (subḥānahu wa taʿālā) draws our attention to the point that true freedom and liberation is through Islām, through submission to Him alone. Sūrat Āl-ʿImrān informs us of the words used by the mother of Maryam when presenting her child to Allāh, hoping that this child would be accepted as a servant and worker of His cause:

“(Remember) when the wife of Imrān said: My Lord! I have vowed unto Thee that which is in my belly purely.”[7]

The word usually translated in this verse as ‘purely’ in Arabic is muharrarān which, in fact, carries a literal meaning of ‘emancipated’. Imām Jalāl al-Dīn al-Suyūti says, regarding the meaning of this particular word, “[its] meaning [is] liberated and delivered from the distractions of this worldy life, for the service of Your holy house (Bayt al-Maqdis).”[8]

Sayyid Qutb (raḥimahu Allāhu) also discusses this point of freedom through submission. Regarding the above-mentioned verse, he says;

“The Arabic term used here to denote that the offering is made absolutely purely to God is derived from the root meaning “freedom” or “liberation”. This in itself is very significant. No one is truly free unless he devotes himself totally to God, liberating himself from servitude to anyone, anything, or any value. When submission to God alone is total, it indicates total freedom. Any other situation is a form of slavery although it may appear in the guise of freedom. This shows that to believe in God as the only Lord is perfect freedom.”[9]

In fact, we clearly find the concept of liberation in one of the shortest Sūrahs in the Qur’ān, Sūrah al-ʿAsr, of which Imām al-Shāfiʿī is famously quoted as having said: “If this Sūrah alone were to have been revealed it would have sufficed as an evidence against mankind on the Day of Judgement.”

It informs us of deliverance from loss through submission to Allāh, through calling to Him and through patience with the consequences. By turning to Allāh and seeking His pleasure we are freed from loss and liberated of all vices which lead to destruction. In doing so we will achieve social harmony and rectification or else be at loss.

Seeking Allāh’s pleasure is unanimously agreed upon as the purpose of our creation by all scholars, groups and thinkers of Islām as clearly mentioned in the verse “And I did not create the jinn and mankind except to worship Me”.[11] With thought and study of the obligations within Islām and the system that the Prophet (sall Allāhu ʿalayhi wa sallam) came with we can see that Allāh (subḥānahu wa taʿālā) has made fulfilment of the creation’s rights obligatory upon us in order to achieve His pleasure. Islām is, to summarise, the fulfilment of the rights of the Creator and the creation. Both are necessary in order to achieve Allāh’s pleasure and reward.

The second lady earned paradise through a balance of rights being given to Allāh and the creation, whereas the first lady was said to be threatened by the hellfire. Though her fulfilment of Allāh’s rights went beyond the obligatory, she did not correctly fulfil the rights of the creation.

Fulfilling the rights of Allāh is commonly known as the purification of the soul and heart and implementation of the ritual acts of worship such as prayer, Zakāt, Ḥajj, fasting, and so on. The beneficiary from such acts is the slave himself. Allāh receives no benefit from a slave’s fulfilment of His rights. Through the fulfilment of these acts a person simply frees himself from his primitive desires, the destructive elements of the world around him and everything that is not Allāh (subḥānahu wa taʿālā). Allāh says about ritual sacrifices: “Their meat will not reach Allāh, nor will their blood, but what reaches Him is piety from you.”[13]

This gives a small insight into how turning to Allāh has a positive impact on all aspects of this life. Were we to educate ourselves and diligently fulfil these rights, seeking Allāh’s pleasure and doing them to the best of our ability, we would rid ourselves of many of the problems which pollute our societies today and lead mankind by example once again. These rights have been clearly defined either explicitly or through a set of principles which determine the right from the wrong regarding our cultural norms and habits. They have been set out within the system of Islām. They are unambiguous and clear and any person with a sound intellect can recognise they will lead to justice and liberation of mankind from the vices and oppressions currently ripping through humanity.

“And some may think that the Islamic rulings and obligations do not in fact contain any wisdoms or (worldly) benefits, or there is no link between the hardship placed within the obligatory acts and their rewards, and they think that the example of those acts is similar to a master who simply wanted to test the obedience of his slaves and so ordered him to lift a rock or wipe a tree and other such unmeaningful acts of no benefit, simply a test upon which he would be rewarded for obedience and punished for disobedience; this person who thinks so has committed a  grave error and has been proven wrong by the sunnah of the Prophet (sall Allāhu ʿalayhi wa sallam) and consensus of the generations whose goodness has been attested to.”

He goes on to speak about the wisdoms and meanings behind some of the obligations, and says about the rulings regarding trade, societal living, marriage and divorce:

“These rulings have been ordained in order to bring about justice and fairness amongst the creation as has been proven by the verses of the Qur’an and the Prophetic narrations, this fact has also been attested to by a group of scholars in every generation.”[14]

The previous century has given us a clear example of what mankind will lead themselves towards without Godly instruction and example. We will see the enslavement of many types; monopolisation over markets and education; the destruction of the earth beneath us; social ills and isms; the breakdown of families and society; epidemics of mental health issues stemming from confusion, emptiness, loneliness and over-indulgence, and many other such problems we see taking root around us today. Our salvation is in returning to Allāh and once again becoming the bearers of light for the world slipping into darkness around us.

May Allāh liberate us and grant us true freedom through Him.

[4] Islam and The World, the rise and decline of Muslims and its effect on mankind, Sayyed Abul Hassan ‘Ali Nadawi, UK Islamic Academy, page 01

[5] Islam and The World, the rise and decline of Muslims and its effect on mankind, Sayyed Abul Hassan ‘Ali Nadawi, UK Islamic Academy, page 32

[6] Islam and The World, the rise and decline of Muslims and its effect on mankind, Sayyed Abul Hassan ‘Ali Nadawi, UK Islamic Academy, page 34

[9] In The Shade of The Quran, Sayid Qutb Volume 2, page 64, translated by Adil Salahi, The Islamic Foundation print