Is Your Islam Shaped by Others? 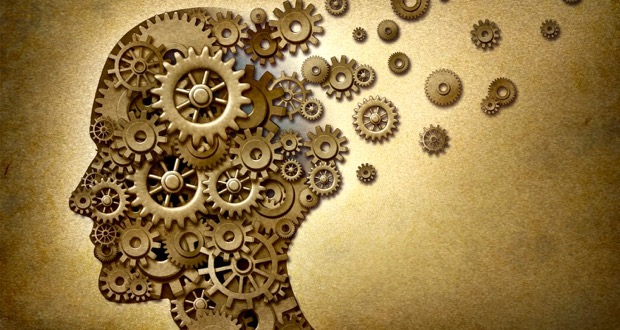 ‘And do not weaken, and do not be sad for you have the upper hand, if you are [true] believers.’[1]

This verse was revealed in reference to the Battle of Uḥud, when the Muslims sustained heavy combat losses leading to some of the companions feeling defeated over the fact that their enemies were overpowering them. To offer conciliation, Allāh (subḥānahu wa taʿālā) revealed this verse to make them aware that if they were true believers, i.e., those who followed His commandments and believed in Him sincerely, nothing would debase them in the sight of Allāh or make them feel inferior to the polytheists they were battling with.

We may wonder how we can apply the teachings of this verse to our current situation. Our Muslim community currently suffers from a plethora of issues including Islamophobia, differences in world views and media attacks on our values. However, just as Allāh (subḥānahu wa taʿālā) reminded the companions at the time of battle, we should find solace in the intrinsically greater moral and intellectual value system that Allāh (subḥānahu wa taʿālā) has given us. As a Muslim community, we should have no reason to feel intimidated by others in any way.

In this article, we will explore how students, academics and conversationalists can deal with conflicting ideologies and understand our faith in as authentic a way as possible; a common challenge found amongst university students.

For many, attending university has likely been the single biggest life event to have occurred up to that point, with students enrolling as blank canvases eager for the university experience to shape them in the hopes of graduating as more enlightened individuals. Of course, by entering an academic institute filled with different characters, we are subsequently exposed to many types of thought and ideologies such as secularism, liberalism, atheism and humanism. Undoubtedly, these forms of thinking can often be in opposition to ours and, perhaps, some of us are able to remain steadfast on the understanding of our īmān in the face of debate and diatribe; however, those who might not have a strong Islamic grounding can easily be affected, tainting the way they see their own worldview.

It can lead to wavering Muslims making unreasonable demands of the religion, this can be through superimposing principles of other worldviews onto Islam and expecting the religion to conform to those ideas. For example, equality in almost all things is a maxim commonly touted in the West – mentioned very often in the discussion of gender roles. Due to these external influences, coupled with a lack of Islamic knowledge, some Muslims claim absolute equality in all things to be an Islamic concept. A more specific example lies in laws of inheritance, criticism of Islam usually lies in the fact that males may receive more inheritance money than females (in some scenarios), which is seen as a perversion of some people’s concretisations of ‘equality’. However, Islam is a religion based on equity and not equality, taking into account various social and personal circumstances before coming to a decision, which is more just than other worldviews. Nonetheless, when aspects of the religion do not agree with the prevalent world view it can cause unease in these wavering individuals, and even rewriting or outright rejection of some aspects of the religion.

Additionally, some may enter the university arena and become paralysed into thinking that other ideologies, packaged and presented under an academic lens, are objectively correct and thus they become hypercritical of their Islamic tradition and begin to lack conviction in it. It is important Muslims do not indiscriminately internalise all they hear based solely on their feeling of intellectual inferiority. The Qur’ān encourages people to think critically, using their intellect to survey the situation and come to a rational and reasonable conclusion – as was done by Ibrāhīm (ʿalayhi al-Salām):

So when the night covered him [with darkness], he saw a star. He said, “This is my lord.” But when it set, he said, “I like not those that disappear.”

And when he saw the moon rising, he said, “This is my lord.” But when it set, he said, “Unless my Lord guides me, I will surely be among the people gone astray.”

And when he saw the sun rising, he said, “This is my lord; this is greater.” But when it set, he said, “O my people, indeed I am free from what you associate with Allah .

Indeed, I have turned my face toward He who created the heavens and the earth, inclining toward truth, and I am not of those who associate others with Allah .”[2]

Throughout these passages Ibrāhīm (ʿalayhi al-Salām) employs a series of logical arguments, analysing the situation at hand, concluding, then criticising the thought process once more until he finally shows who Allāh is—and is not—in the right way. Similarly, across the Qur’ān, numerous verses end with the phrase ‘if only they reasoned/understood/used their minds’, promulgating critical and genuinely rational thinking at all times. Ideally, we should criticise and assess other worldviews in equal measure and consider them for what they are rather than what they propose themselves to be; regular practice of this will allow one to notice a natural superiority in the Islamic way of thinking – the religion coming from Allāh, the all-knowing and all-wise, who knows us better than we know ourselves.

Another reason as to our apparent lack of confidence in the Islamic tradition may be our lack of knowledge of our historic scholarship, who tackled similar issues to the ones we are facing today—indicating the trials we are going through as a community are not completely novel, true to the old saying ‘history repeats itself’. In the time of Imām Aḥmad b. Hanbal (raḥimahu Allāhu) there was the rise of different theological groups (the Muʿtazilah, et al.) with contradictory views of normative Islām, who Imām Aḥmad beat into intellectual submission. Similarly, Imām al-Ghazāli and Ibn Taymiya intellectually grappled with the rise of speculative theologians overly impressed with Greek philosophy, likewise coming out victorious. In each of these cases, the intruding ideology corrupted the way Muslims understood Islām, just as we see today.

One particularly interesting, and applicable, concept was mentioned through the writings of Ibn Taymiya. He articulates that we must come to the Qur’ān empty, allowing ourselves to be affected by its intended message and not seeking to justify un-Islamic ideas originating from our external influences. When theological groups of the past were affected by external influences, they subsequently made errors in the way they understood and portrayed the religion. For us today, this requires our removing the lens of secularism, liberalism, feminism, et cetera and looking at the primary Islamic sources (Qur’ān, Sunnah, Ijmāʿ) independently as Islām has its own independent worldview, not contingent upon anything else.

In short, the ultimate purpose of the religion is to establish the glorification and worship of God – sincerely and in the correct way.

‘And they were not ordered except to worship Allāh, sincerely and in oneness.’[3]

The aim is to access the Qur’ān, Sunnah and scholarly precedents in a sincere way, only looking to please Allāh (subḥānahu wa taʿālā) and gain closeness to Him – understanding this maxim at all times can allow us to get closer to the truth, inshāAllāh.

This notion has been established through many verses in the Qur’ān and ḥadīth literature with scholars of Islamic jurisprudence, through holistic reading of the revelatory scriptures, even deriving this concept to be the greatest goal of Islamic law. When we adopt views, then, that are not Islamic in origin to inform our understanding of Islām, are we fulling this greater objective? Some people say that Islām calls towards equality in all things such as gender roles and inheritance – is that true from reading the text, or was this idea superimposed from our external environment and other worldviews, and is this view aiming to please people or God? Rather, from reading the Qur’an independently we can infer that Islām calls towards equity rather than equality4—everyone is treated according to their rank, status, level of need as this is the most just, most practical, and most correct in the sight of God to establish His worship.

I conclude with some practical points for those entering higher education, putting this article into perspective:

I ask Allāh (subḥānahu wa taʿālā) to make us people of intelligence, those who read His scripture and only increase in īmān and servitude to Him, practicing and speaking about it in a way that He is pleased with. Āmīn.

Amin is a medical student at King’s College London, and an MSc student at the London School of Economics. He is also a student on the Sabeel Development Programme. He has been involved in university Islamic societies and many other university-based projects. Amin hopes to combine a future career as a doctor with work within the community.