Memoirs from the Forgotten Masjid 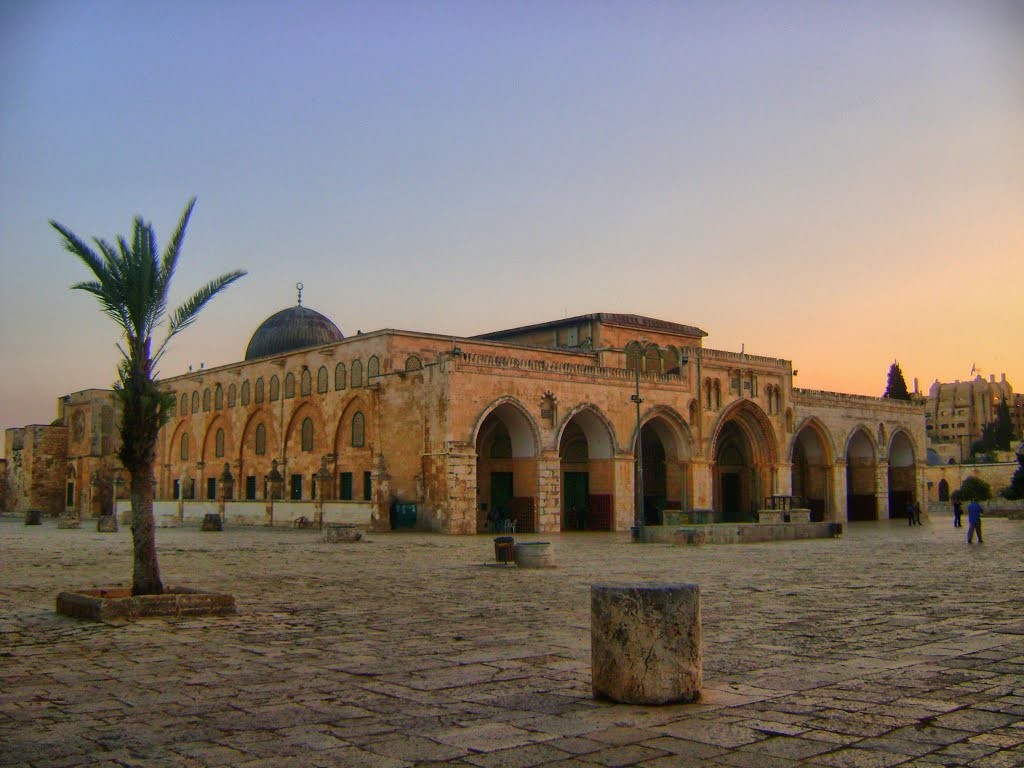 Masjid al-Aqsa. The first Qiblah for the Muslim Ummah, the second Masjid built on earth, and the only place on earth where all the Messengers of Allāh (ʿalayhim al-Salām) prayed together, led by our beloved Prophet Muḥammad (sall Allāhu ʿalayhi wa sallam).

This most sacred of Islamic sites has, over the recent past, become in great danger of being brought to dust by those who have illegally seized control of this most blessed land. As a result of the reputation that this brutal and bloodthirsty regime has created for itself, the number of Muslims that visit this beautiful and historical Masjid has slowly dwindled, such that the Masjid and its people are at risk of being the forgotten jewels of our Ummah.

Protecting the historical legacy of Masjid al-Aqsa and reviving the love of it in our hearts is therefore something we must all seek to act upon collectively as an Ummah, before we potentially despair at losing such a valuable part of our religious heritage.

A visit to Masjid al-Aqsa is something more accessible than most would perceive. A short flight to ‘Tel-Aviv’ airport or a flight to Jordan with an aim to cross the King Hussein Bridge leaves a one hour coach drive to the holy Aqsa sanctuary in the heart of the Old City of Jerusalem. Arrival to either point of entry means having to deal with Israeli customs officers. Unfortunately, as a Muslim, this means the process may be time-consuming. But it is important to appreciate that one of the aims of this process is merely to frustrate you and to put you off coming again. However, if one stays patient and exercises self-restraint, despite the understandable frustration, then this process can be dealt with easier than one may have thought. Often travelling as part of an official group, or with families, can help to facilitate this process and quicken things up.

The level of security presence, in the form of armed soldiers from the Isreali Defence Force (IDF), is something that dawns upon the new visitor very quickly. Armed soldiers patrol most streets, and their numbers are generally higher in the Old City around the Aqsa complex. It really makes one wonder that if these invaders felt their presence was legitimate, then why would they need to impose themselves in such an intimidating manner? Perhaps it is a manifestation of their internal recognition of being illegal occupiers, and thus they feel compelled to behave this way.

On reaching the Old City, one can really begin to sense the great history of this blessed land. After settling in the hotel, the final mental and spiritual preparations are completed before setting out on the final stretch of the journey towards the great Masjid al-Aqsa. A short walk through the narrow paths of the Old City follows which are lined by the small quintessential shops and markets. And, finally, the entrance to the al-Aqsa sanctuary awaits, all the while flanked by the ever-present IDF soldiers.

Finally the visitor arrives to Masjid al-Aqsa. Allāhu Akbar! The Masjid mentioned by name in the Holy Qur’ān. The land over which the Angels have spread their wings and the chosen land of Allāh (subḥānahu wa taʿālā). The land which is referred to nearly 70 times in the Qur’ān. The land where the Prophet Muḥammad (sall Allāhu ʿalayhi wa sallam) was taken to by Allāh (subḥānahu wa taʿālā) at night from Makkah, where he led all the Prophets (ʿalayhim al-Salām) in prayer and then was ascended up to the Heavens. Eyes are fixed upon the sacred Masjid al-Aqsa. Directly opposite the Masjid is the magnificent Dome of the Rock Masjid, with its historic and unmistakably recognisable golden dome. Immediately the heart is filled with awe and veneration for this sacred land, and all thanks and praises are for Allāh (subḥānahu wa taʿālā) who allows those fortunate ones from His slaves to be guests of this blessed and noble Masjid.

As Salāh time approaches, the most beautiful Athān is called, resonating in both the hearts as well as the ears. Indeed, it is about these callers to prayer that the Prophet (sall Allāhu ʿalayhi wa sallam) said, as was narrated from al-Bara’ ibn ‘Aazib (raḍiy Allāhu ʿanhu), that:

“Allāh (subḥānahu wa taʿālā) and His angels send blessings upon the [people who pray in the] front row, and the muezzin [caller to prayer] is forgiven as far as his voice reaches, and whatever hears him, animate or inanimate, confirms what he says, and he will have a reward like that of those who pray with him.”[1]

On setting foot into this great Masjid, one cannot help but feel overwhelmed by the great sense of history. Legendary names like ʿUmar (raḍiy Allāhu ʿanhu), Nurudīn az-Zinki, Salāḥuddin al-Ayūbi, Ibn Qudāmah al Maqdisi, Sulaymān the Magnificent and Imām al-Ghazāli amongst others come to mind (raḍiy Allāhu ʿanhum). Standing on the same land, in the same Masjid, where these shining lights of our Ummah and where all the Prophets stood together, fills the heart with humility, reverence and a feeling of being from amongst the most fortunate of people. It really is an indescribable feeling.

The fortunate visitor then prepares to raise his hands in prayer. However, these two units of prayer are not like any other prayer on entering a Masjid. The Prophet (sall Allāhu ʿalayhi wa sallam) said,

1) Judgement that was in harmony with Allāh’s judgment (and he was given that).

2) A dominion that no one after him would have (and he was given that).

3) When he finished building the Masjid he asked Allāh, the Mighty and Sublime, that no one should come to it, intending only to pray there, but he would emerge free of sin as the day his mother bore him.[3]

What a huge reward for praying in this great Masjid! Allāhu Akbar! If one were to keep just this immense reward at the forefront of his mind during his journey to Masjid al-Aqsa, then he surely would be able to be patient enough to deal with any obstacles that may be placed in front of him.

Time spent in Masjid al-Aqsa is blessed, filled with Barakah and peace. Despite the somewhat unpleasant atmosphere created by the illegal occupiers that make their presence felt in the most intimidating of manners, Masjid al-Aqsa remains a sanctuary of tranquillity and Khair for Muslims.

Its unique history, numerous virtues, and importance in our Islām’s legacy make this Masjid a place that cannot be forgotten by our Ummah. We cannot let ourselves forget our brothers and sisters who strive day and night to protect the sanctity of this Holy Land, and we cannot turn a blind eye to the oppression that continually happens there. Rather, Masjid al-Aqsa should be frequented, throughout the year and not just in Ramaḍān, by Muslims from all over the globe, who desire to benefit from the blessed land about which Allāh (subḥānahu wa taʿālā) Himself says;

“Glorified be He (Allāh), Who took His slave (Muḥammad) for a journey by night from Al-Masjid-al-Haram (at Makkah) to the Al-Masjid al-Aqsa, the area where We have blessed, in order that We might show him (Muḥammad) of Our signs. Verily, He (Allāh) is the All-Hearer, the All-Seer.”[4]

Masjid al-Aqsa invites you, dear Muslim, to be its honourable guest. Do not let this most noble of invitations pass you by.

May Allāh (subḥānahu wa taʿālā) protect our beloved Masjid al-Aqsa, liberate it from the hands of the oppressors, and allow us to visit there frequently and support our resilient families there. Āmīn.