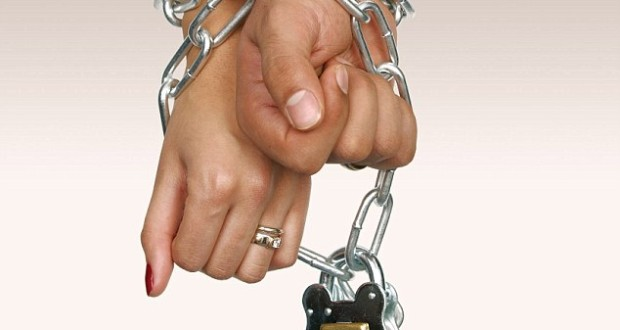 Beware of the Marriage Bandits

I am sick of hearing about those brothers who prey upon the susceptibility of our sisters, using deception as a tool for marriage, and marriage as a guise for the fulfillment of their evil desires. I fear that if something is not done to tackle these abuses, we will only see the number of such incidents increase. Therefore, I feel compelled to share some of the cases I have encountered in order to highlight the nature of the issues at hand, and that we as a community must take drastic action to stop or minimize this evil.

One of the incidents which I came across just recently involved a sister who was divorced and the custodian of her children. She was living alone, away from her parents, when she was approached for marriage by a brother who seemed to be a practising Muslim. She had described that her parents were unhappy with her re-marrying due to her situation. The brother managed to convince her she had a legitimate Islamic right to search for a walī other than her own father due to the fact he was forbidding marriage for her on the basis of what he deemed to be a non-Islamic pretext. She was apprehensive in having a walī appointed from the same cultural background as she feared she may have been exposed within the community. However the brother managed to comfort her, exhorting her to appoint him, himself to find her a suitable walī. Due to her naivety and his callous experience in manipulating women, she accepted. So to summarise; she accepted to marry the brother without consent from her parents via phone and skype, with no witnesses or wedding, her walī was anonymous to her, and the brother she was to marry had the ability to appoint an anonymous walī for her. A few days after the questionable ‘nikāh’ had taken place, her ‘husband’ came to her with no other reason but to fulfil his sexual desire. It was only after this that she discovered he had various other sexual partners whom he had claimed to have married previously. A few days later he left her, however he would continue to return in order to blackmail her for sexual relations as he had convinced her their ‘nikāh’ was still valid. As a result, the sister unfortunately contracted a sexually transmitted disease.

In another incident, a sister who reverted to Islām ended up cohabiting with two men at the same time! Initially she married a brother who had come to the UK to study. The brother then left for his country, only to return within a few months. As a result of being alone, she was approached by another brother who offered to help annul her marriage contract. As she now believed her husband was no longer able to return to the UK, she proceeded. The brother introduced her to a supposed mufti who was located abroad. He went on to annul her contract and pronounce her as a divorcee who was able to marry again. Sometime later, the proclaimed mufti, who this brother had recommended, approached her for marriage himself! As he claimed he was of a certain school of thought, he managed to convince her she did not need a walī and hence they could marry over the phone. They went on to proceed with what I call a ‘tele-nikāh’, and she, without even seeing this so called mufti, was ‘married’ once again. Similar to the previous incident, there was no wedding ceremony and the witnesses were all communicating to the sister via telephone. She later met the mufti, who pronounced himself at her door with a gift and flowers. Overwhelmed, she ‘consummated the marriage’ with him. Shockingly (!), this proclaimed mufti also left after a few nights to his home city where he had a previous wife. A few weeks later, the first husband returned to find that she had ‘married’ someone else. He thereby explained that her marriage was invalid as she was still married to him, and began to sexually exploit the sister through blackmail while forbidding her to speak to the so called mufti. This brother would then leave, and the mufti would return, leaving the sister confused as to who she was legally married to. Eventually, the sister began to comprehend the seriousness of the situation at hand and decided to get in contact.

To mention yet another case in which a sister was taken advantage of: a brother had managed to deceive this sister into believing he was seeking asylum in the UK due to crimes he was accused of in his country. He needed a place to take refuge and so persuaded the sister to marry him. They lived together in secrecy, within which time the sister used to act as a slave for this brother. She used to cook, clean and spend money on the brother only to receive abuse in return. To make matters worse, she found the brother would sleep during the day and watch pornography during the night. He used emotional and religious blackmail to give her the impression that she was always in the wrong, and made her feel debased. He used to say “Allāh will never forgive you if you call the police” and used rhetoric such as “It is kufr to seek help from the disbelievers against a Muslim” to prevent her from reaching out for help from the authorities. She lived as a slave for some time until eventually she managed to escape from his web of deceit and torture, in what is a long, disheartening and traumatic story.

As you can see, these are distressing incidents. Prior to discussing any solutions, we must analyse these cases to determine the explanation behind their occurrence. The reasons are vast and complex, so I will mention but a few key factors.

We are able to ascertain that the sisters mentioned is these and most other cases are living alone or do not have a guardian present. They are either divorcees who have left the home of their parents, or new Muslims living by themselves. It is disheartening to know that many sisters insist they are able to live independently from their protectors and maintainers (who are their husbands, fathers and brothers) as Allāh has mentioned of them in the ayah. On the contrary, our sisters should accept that without the presence of any of these individuals who care for their safety, they will become easy and vulnerable targets, prone to susceptibility. It is within the fiṭrah (natural disposition) of a female to look for a male custodian around her, whether it be her father, brother or husband. This is why the sharīʿah gave the custody of the daughter to her father when she has reached maturity. A female who reaches the stage of adolescence is in need of a father figure in her life. If this figure is absent, the desire to replace this fulfillment could end up through a means which is ḥarām.

And Allāh mentions in the Qur’ān:

“And among His Signs is this, that He created for you wives from among yourselves, that you may find repose in them, and He has put between you affection and mercy. Verily, in that are indeed signs for a people who reflect.” [1]

It is sad that some Muslim women show dissatisfaction when knowledge is brought to them that the custody of the daughter lies in the hands of her father once she reaches maturity. Are they unaware that the dissatisfaction they show may be directed to the teachings of Allāh and His messenger (Ṣallāhu ‘alayhi wa salam). May Allāh protect us all from this hypocrisy. Many sisters, in particular those who come from broken families with the absence of any father figure, are more likely to be led astray by individuals who they misplace their trust in knowingly or unknowingly. These sisters need to take counter-measures to construct a barrier between themselves and evil individuals, through appointing a reliable and honourable safeguard. A hungry lion is more likely to target an isolated gazelle. Many sisters may have disagreements with their fathers due to age and cultural gaps which is understandable. However there is no man in the world who will protect and go through what a father will for his daughter. I recall several cases in which sisters would leave their fathers’ home to stay with friends and then fall into ḥarām relationships through them. To conclude, there is no greater shield than that which your parents (and particularly your father) may provide for you, so do your utmost to cherish them. And live mercifully with them without speaking an ill word to them, as they nurtured you when you were incapable of anything, and they have and will always be there for you.