Living in the Age of Email Forwards 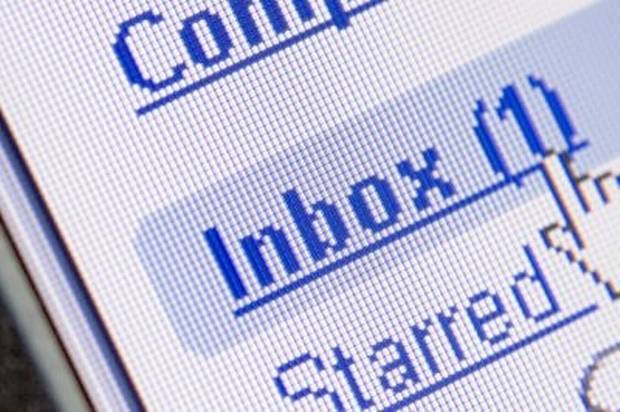 The advent of modern technology has provided an unprecedented platform for individuals and groups to manufacture and spread false information about Islam on a large scale. This phenomenon is carried out by both members of the faith and others who are open adversaries of Islam. Whilst the latter group is less successful in its attempts to penetrate and circulate false teachings among Muslims, the former for a long time, has had almost total success with very little opposition.

Though there is a small but growing circle of Muslims ever cautious and vigilant, aware of the dangers of false teachings and always demanding verification and proof, the vast majority of Muslims are completely oblivious to this predicament. Throughout the years, I have personally witnessed Imāms of mosques, students at universities and the average Muslim at home or at work, inadvertently and naively involved in tampering with the pristine teachings of Islam. Commentaries are given of the Qur’ān with the aid of strange and fictitious Israelite traditions, fabrications unanimously rejected by the scholars are quoted as aḥādīth, irrational statements are dressed up and put into the mouths of early Muslim scholars to gain legitimacy, and ridiculous rumours are spread without anyone questioning their authenticity or asking for a reference. Emails in particular are used as a vehicle to spread false information from person to person with astonishing rapidity by encouraging recipients to forward messages—to everyone they know.

It is now quite normal to find our inboxes inundated with alleged miracles like the “trees in the form of the shahādah in Germany”; or made up conversion stories like Neil Armstrong becoming a Muslim after hearing the adhān on the moon; or warnings on the birth of dajjāl with the help of doctored photographs; or worst still fabricated ahādīth on the merits of different actions.

Of course, this phenomenon is nothing new. Preachers, zealots, heretics, pamphleteers, story tellers and ignorant ascetics of every age give currency to legendary narratives and furnish it with a few of their own “pious inventions”. Conscious of this problem, in the early centuries of Islam, a group of Muslim scholars took on the challenge and dedicated their lives to preserve the authentic statements of the Prophet (ṣallallāhu ‘alayhī wa-sallam) and to purge out later additions. They travelled long, arduous journeys, leaving their families and children and sacrificing the luxuries of food and comfort, deciphering hundreds of manuscripts, interrogating a multitude of men and writing volumes of books all with the intent of protecting and preserving this religion and eliminating fabrications.

Yet, the task is not over. Even today, the circulation of fables and fictitious legends continues via the pulpit, books, television and most recently the Internet. If this trend continues unchecked it will lead to disastrous results.

It is only when we as Muslims work together, that we will be able to eradicate this problem. We must show a high level of caution and vigilance and avoid forwarding emails without verification. We must not quote or cite ahādīth whose authenticity is unknown or doubtful. We should not feel inhibited or shy to ask someone for a reference or source.

It was narrated that Anas b. Mālik (raḍīyallāhu anhu) said: “What prevents me from narrating many aḥādīth to you is the fact that the Messenger of Allāh (ṣallallāhu ‘alayhī wa-sallam) said: “Whoever tells a lie about me deliberately, let him take his seat in the Fire.”[2]

The prohibition of passing on any or every information that reaches you without verification.

It was narrated by Abū Hurayrah (raḍīyallāhu anhu) that the Messenger of Allāh (ṣallallāhu ‘alayhī wa-sallam) said: “It is a sufficient lie for a man to speak of everything that he hears.”[3]

It was narrated by Abū Hurayrah (raḍīyallāhu anhu) that the Messenger of Allāh (ṣallallāhu ‘alayhī wa-sallam) said: “During the end times of my ummah there will be imposters and liars who will narrate to you aḥādīth that neither you nor your forefathers ever heard. Beware of them and stay away from them, and do not let them mislead you or confuse you.”[5]

The importance of isnād (chain of narration) and taking knowledge only from recognised authorities.

Imām Muĥammad b. Sīrīn said: “This knowledge (ḥadīth) is the foundation of religion, so watch from whom you learn your religion.”[6]

Ibn Abū Zinād narrated that his father said: “In al-Madīnah, I met one hundred men, all of whom were reliable, but no one accepted aḥādīth from them. It was said: “He is not one of its people.”[7]

Imām ‘Abd Allāh b. Mubārak said: “The chain of narration (isnād) is part of religion, were it not for the chain, anyone could say whatever he wanted.”[8]

Imām Sufyān ath-Thawrī said: “The isnād is the weapon of the Believer. So if he does not have a weapon with him, what will he fight with?”[9]

Even people who appear righteous could fabricate aḥādīth unintentionally.

Imām Yaḥyā b. Sa’īd al-Qattān narrated from his father: “You will not see in good people anything worse than in telling lies about aḥādīth. Imam Muslim commented: “This means, lies would flow from their tongues but they do not lie deliberately.[10]

Some statements from the early salaf.

Imām ‘Abd’l-Rahmān b. Mahdī said: “it is not permissible for a man to be an Imām until he knows what is authentic (in ḥadīth) from what is not authentic.” Imām Sufyān ath-Thawrī said: “Increase in (the knowledge of) ḥadīth as it is a weapon (for you).” He also said: “The angels are guardians of the sky, and the scholars of ḥadīth are the guardians on the Earth.” Imām Yazīd b. Zarī’ said: “For every religion there are knights, and the knights of this religion are the scholars of ḥadīth.” Imām Abd Allāh b. Mubārak said: “The example of the one who studies his Religion without an isnād is like the one who attempts to ascend a roof without a ladder.”[11]

Abū Mansūr b. Sallām al-Faqīh said: “There is nothing heavier upon the people of heresy and more hated by them than listening to the ḥadīth and its narration with its isnād.”[12]

Imām ash-Shawkānī describing the efforts of the early ḥadīth scholars writes: “The scholars went to great extents to inform the people of fabricated aḥādīth, and they exposed the fairytales of liars, and removed from the aḥādīth of the Prophet (ṣallallāhu ‘alayhī wa-sallam) the false attributions of the fabricators, the distortions of the transgressors, and the erroneous explanations of the ignorant…”[13]

May Allāh make us from the sincere Muslims in this life and raise us with the prophets, scholars and martyrs on the Day of Judgment. Amīn.

[1] Reported by al-Bukhāri and Muslim

[2] Reported by al-Bukhārī and Muslim

[3] Reported by Muslim in the Introduction to his ṣaḥīḥ

[4] Reported by Muslim in the introduction to his ṣaḥīḥ

[5] Reported by Muslim in the introduction to his ṣaḥīḥ

[6] Reported by Muslim in the introduction to his ṣaḥīḥ

[7] Reported by Muslim in the introduction to his ṣaḥīḥ

[8] Reported by Muslim in the introduction to his ṣaḥīḥ

[10] Reported by Muslim in the introduction to his ṣaḥīḥ

Amanpaul Dhaliwal
Share. Facebook Twitter LinkedIn Email Telegram WhatsApp
Previous ArticleHypocrisy of those who attack the Prophet’s ﷺ marriage to A’isha
Next Article The real reason behind the confiscation of my passport