How your newborn can bring you closer to Allah 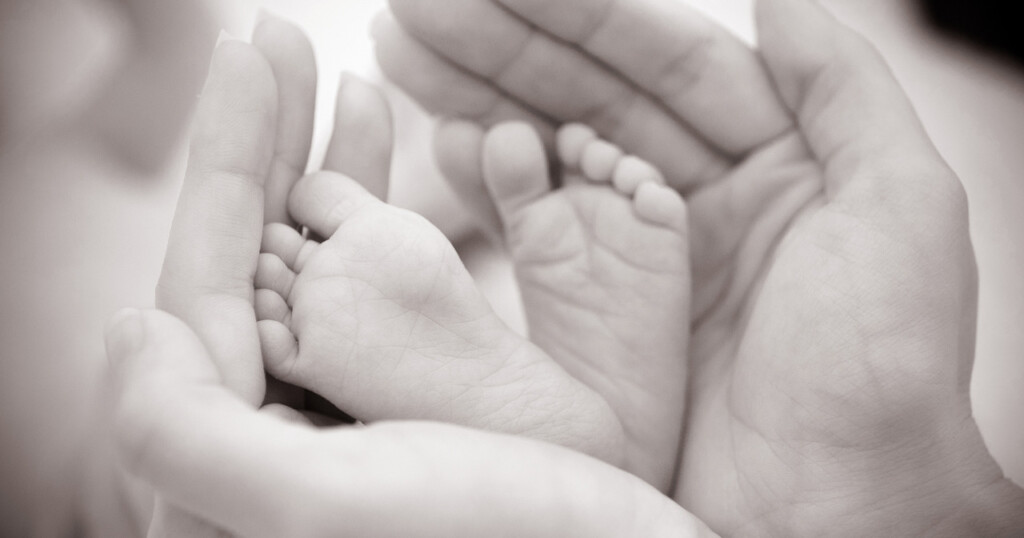 Women experience numerous changes throughout their lives. One of the most significant of these changes is motherhood. One minute you are living your regular life, and the next you are responsible for the life of another human being. It is truly not something one can fathom until they go through it themselves. My mother always said to me, “you’ll understand when you’re a mother,” and she could not have been more correct.

The sleepless nights, the overwhelming fatigue and emotions, and the complete disruption of what was previously a normal routine are just part and parcel of the changes that come with motherhood. There is a reason Allah refers to this period in the Qur’an as وَهْنًا عَلَى وَهْنٍ  (weakness upon weakness).[1] Of course, becoming a mother brings an unimaginable amount of joy, happiness, and love – that’s a given. But this article is here to focus on the relationship between a mother and Allah which, most of the time for our dearest sisters, takes a hit. This is further weakened in cases where sisters may suffer postnatal depression, something unfortunately still taboo in our society. I hope this article brings hope to my sisters who have previously experienced, or are currently going through, the same struggles as I once did.

Becoming a mother transformed my life entirely. All of a sudden, I could not even imagine doing the things I had been doing daily for many years. The period of nifās (postnatal bleeding) was particularly difficult for me and led to an overwhelming feeling of emptiness. A woman’s monthly cycle usually lasts an average of 7 days, which is already a long time to be away from ṣalāh, let alone another 40 days! This prolonged separation leaves you feeling lonely, despite being accompanied by your baby 24/7!

After the nifās period, I was hoping to see a big jump in my īmān, however, it quickly became clear that I was not going to be able to return to the activities I used to do before as quickly as I’d wanted. I was losing hope, so I spoke to my husband who was given some beautiful advice by our dearest Dr Shaykh Sajid Umar (may Allah honour him). This advice changed my outlook completely.

Some sisters find it easy to transition back into their normal routine and continue with the acts of worship they used to do before. However, a lot of sisters may find it difficult, just as I did, and be afraid to speak about it thinking that their state of “low īmān” was a result of their sins. This was the mindset I had until our Shaykh (may Allah preserve him) pointed out that it was not my sins or some other reason that prevented me from doing the same deeds as before. Rather, it was because I was overwhelmed with the responsibility of looking after another servant of Allah. He reminded us of the impact of perspective in this situation, highlighting its importance. Just as Allah always did with the Prophet (sall Allāhu ʿalayhi wa sallam) when he was sad, he discussed the topic of perspective, drawing examples from Sūrah al-Ḍuḥā and Sūrah al-Sharḥ.

“Your Lord (O Prophet) has not abandoned you, nor has He become hateful (of you). And the next life is certainly far better for you than this one. And (surely) your Lord will give so much to you that you will be pleased. Did He not find you as an orphan then sheltered you? Did He not find you unguided then guided you? And did He not find you needy then satisfied your needs? [2]

And Allah says in Sūrah al-Sharḥ:

“Have We not uplifted your heart for you (O Prophet), relieved you of the burden, which weighed so heavily on your back, and elevated your renown for you.”[3]

In these verses, Allah presents reminders of perspective for the Prophet (sall Allāhu ʿalayhi wa sallam) by highlighting various favours of His. Perspective is key and the following points are what helped me heal and persevere through this phase.

1) You now have a new role – that of being a mother. This should strengthen your īmān because Allah has honoured you. The mother is even more honoured than the father. So, if shaytān comes to you with evil thoughts that upset you, remember that Allah has raised your rank through your child and He has honoured you.

2) Remember that you will find Allah with those who are in need, such as the poor and the hungry. In the same way, when a mother attends to their child, she should feel that Allah is there. She should intend that her feeding the baby is ʿibādah and that her changing the baby is ʿibādah. This will take the place of other nafl acts of worship she may have done before. We can make this comparison by identifying patterns in the way Allah rewards us. The Prophet (sall Allāhu ʿalayhi wa sallam) said:

“The one who looks after and works for a widow and for a poor person, is like a warrior fighting for Allah’s Cause or like a person who fasts during the day and prays all the night.”[4]

This hadīth refers to a widow, who still has the ability to walk, eat and clean herself, so imagine the reward of looking after a baby. We may consider it is as if a mother is fasting all day and praying all night, because we do not doubt the mercy of Allah (subḥānahu wa taʿālā). Rather, we have hope that, with the right intention, we can gain this reward. Ask Allah to make your efforts a means of obtaining the reward of fasting and standing in the way of Allah.

The one who is in the assistance of his brother, Allah is assisting him. A mother who is assisting her child, is assisting another believer, and thus she will find Allah assisting her. This child is an opportunity for you to develop a unique relationship with Allah that you would not have had otherwise. Do not view the child as an obstacle to your ʿibādah; instead, view him/her as a means to further your ranks in the sight of Allah.

4) You now have the opportunity to reach Jannah in ways you could not have done without your child. Before, I was only able to worship Allah through certain acts, but now, I can strive for Jannah in ways I could never have done had I not been blessed with this child.

In terms of acts of worship, certain ones are like rocks and should never be left, regardless of the circumstances:

1) The five daily ṣalāh – on time. If you struggle with the sunnah, read what you can from the sunnah and aim to build up from there.

2) The morning and evening adhkār

3) A portion of Qur’an – if you used to read a juz before, but can now only manage a quarter, we have hope in Allah that He would reward it as if you read a juz.

My own advice would be to modify this as time goes on and keep adding to it as you get more time back to yourself.

No one had prepared me for the changes that were coming. Even if they warned me, I do not think I would have realised how enormous the change would be until I experienced it. Perhaps that also had an effect on how hard the change hit me. Alhamdulilah, as time goes by, mothers are able to adjust and develop new routines. While doing so, it is very important to set goals for yourself and for your child, so you do not waste time and get lazy with your ʿibādah.

Pregnancy and childbirth come with a whole host of emotional whirlwinds, but I personally found this test the hardest. Once I changed my perspective, it gave me a lot of hope, which is what I pray this article gives to my dearest sisters who are experiencing or about to experience motherhood.

I pray Allah makes it a means of raising your ranks and honouring you in this world and the next, and I thank our Shaykh who brought this perspective to light.

[5] Saḥīḥ Muslim, on the authority of Abū Hurairah.

Umm Khadijah is a full-time mother, based in the UK. Her interests include child development and baking.